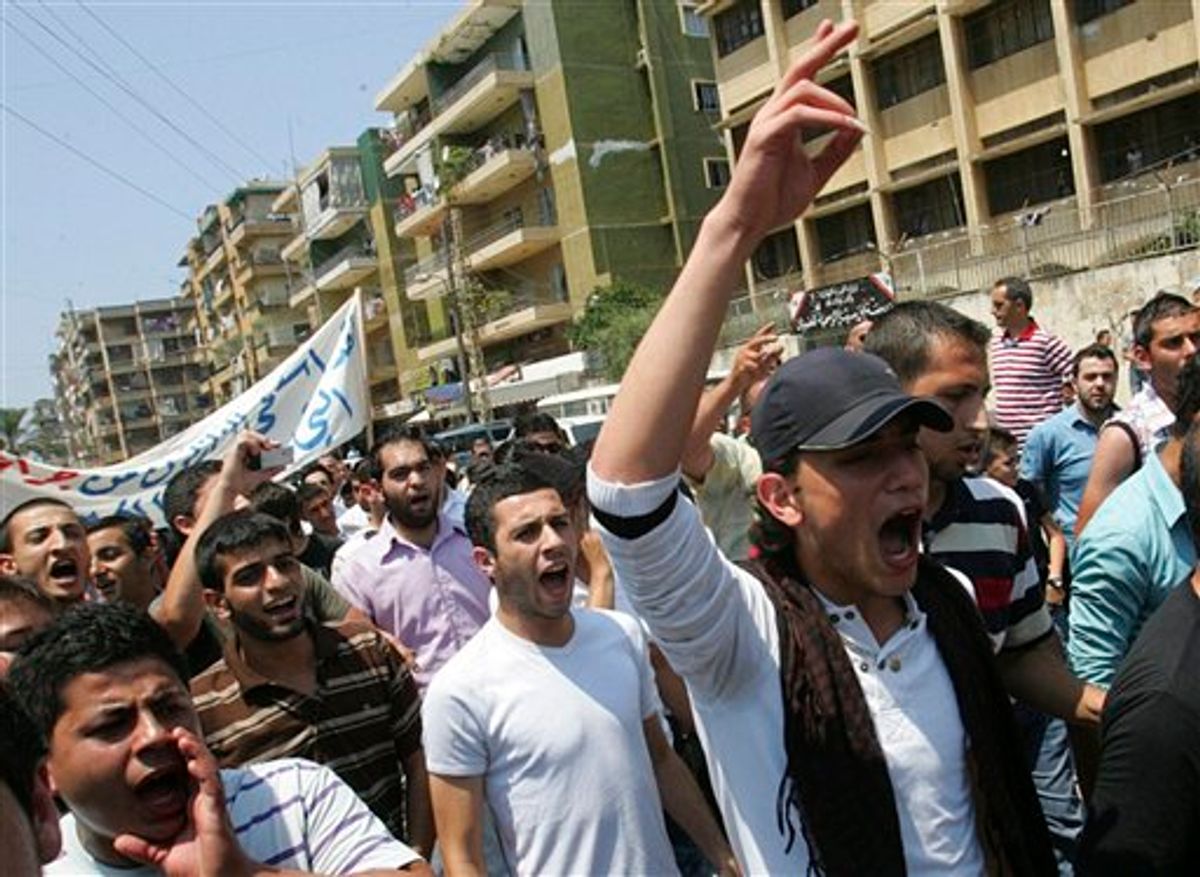 Lebanese anti-Syrian regime protesters shout slogans during a demonstration to support the Syrian demonstrators who protest in Syria against Bashar Assad's regime, in Tripoli, northern Lebanon, Friday July 1, 2011. Hundreds of thousands of protesters flooded cities around Syria on Friday in one of the largest outpourings against the regime of President Bashar Assad since the uprisings began more than three months ago. At least six people were killed in various clashes, activists said. (AP Photo) (AP)
--

Turkey's foreign minister recognizes Libya's rebel leaders as the country's legitimate representatives and promises them an additional $200 million in aid during a visit to an opposition stronghold in eastern Libya. Turkey's show of support for the rebels marks a further policy shift. Initially, NATO member Turkey balked at the idea of military action against the regime of Moammar Gadhafi.

Syrian forces carry out arrests in the western city of Hama, an opposition stronghold. The arrests come two days after some 300,000 protesters gathered in the city in the largest demonstration yet in a three-month-old anti-government uprising.

Around 1,000 pro-democracy demonstrators march through the capital to protest a new constitution that they say fails to deliver reforms. It is the first major protest since Moroccans voted Friday to approve the constitution in a referendum.

Bahrain's highest criminal court adjourns the trial of three former editors for the main opposition newspaper accused of unethical coverage of anti-government protests earlier this year in the Gulf kingdom.