The aesthetics that defined a punk band 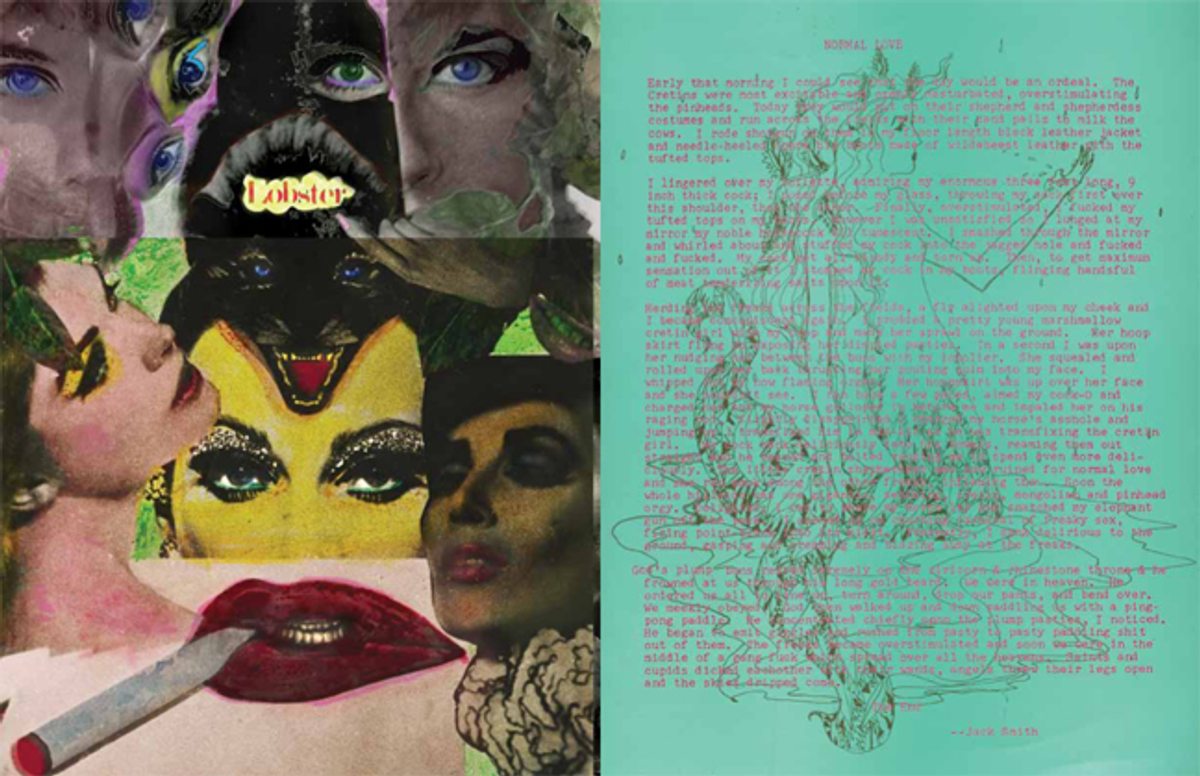 In the summer of 2009, the venerable Printed Matter in New York City exhibited "Hungry for Death," a riot of ephemeral kitsch propaganda created by the Ann Arbor, Mich., band Destroy All Monsters. I made several visits to the show, interested in how the founding members -- Jim Shaw, Mike Kelley, Cary Loren, Niagra -- had embraced the Sun Ra band-as-lifestyle attitude (plus I was writing about the show for Grafik, which was just recently resurrected). Having never officially released an album, the band earned its reputation as instigators, playing punchy punk licks backed by droning vacuums and, between 1976 and 1979, publishing an eponymous magazine.

I could have made 100 trips to the show and I never would have been able to check out all of the bits of paper, buttons, and handbills. It did not surprise me that there was no show catalog. How would anyone organize all of this stuff? Since then, the show has toured internationally, but I don't think anyone has dared to photograph and scan the material and try to finesse it into a book.

It probably doesn't matter since Primary Information has released a facsimile edition of Destroy All Monsters magazine's six issues and an unreleased seventh issue. While the exhibit featured plenty of stuff that you can't find in the pages of the magazine, anything D.A.M. created musically or visually was an extension of these seven issues.

Don't let the cover's refined smoke-wisp lettering issuing from the woman's cigarette fool you. The Xerox collage, cut-up advertising and hand-written scrawls fill the pages like psychedelic buckshot, a big sloppy kiss of reactionary, tongue-in-cheek lampooning of popular culture. The visuals assault you. So it should come as no surprise that the zine's fifth issue, from January 1979, included Antonin Artaud's "The Theater of Cruelty (First Manifesto)," which pleads "to recover the notion of a kind of unique language half-way between gesture and thought ... to be accomplished by a thorough involvement, a genuine enslavement of the attention."

Like the Printed Matter show, this volume demands constant and renewed attention. Phrases like "poultry economy" mingle with horror movie posters, repurposed ads and images of Sean Connery, Betty Paige, and Andy Warhol. Executed in the grungy, DIY style so popular today, the inventiveness of these visual poses and juxtapositions cannot be denied. Fusing the themes of the science-fiction fanzines popularized in the 1950s with the blotter-paper visuals of the underground comics and mail art scene of the '60s (in equal parts addled contempt and ecstasy), D.A.M magazine is the precursor to publications like Cometbus and the sort of contemporary zines featured in books like Behind the Zines. Like any good zine, Destroy All Monsters magazine sprung from the vision of a few like-minded souls. There is no direct translation or easy read of this hooligan cipher -- fluency in its frenetic language was only possible for the band. But thanks to the good people at Primary Information, readers can now pour over these pages, surrendering their attention to visual cues that even in our digital age resonate with the same distorted timbre as they did over 30 years ago.