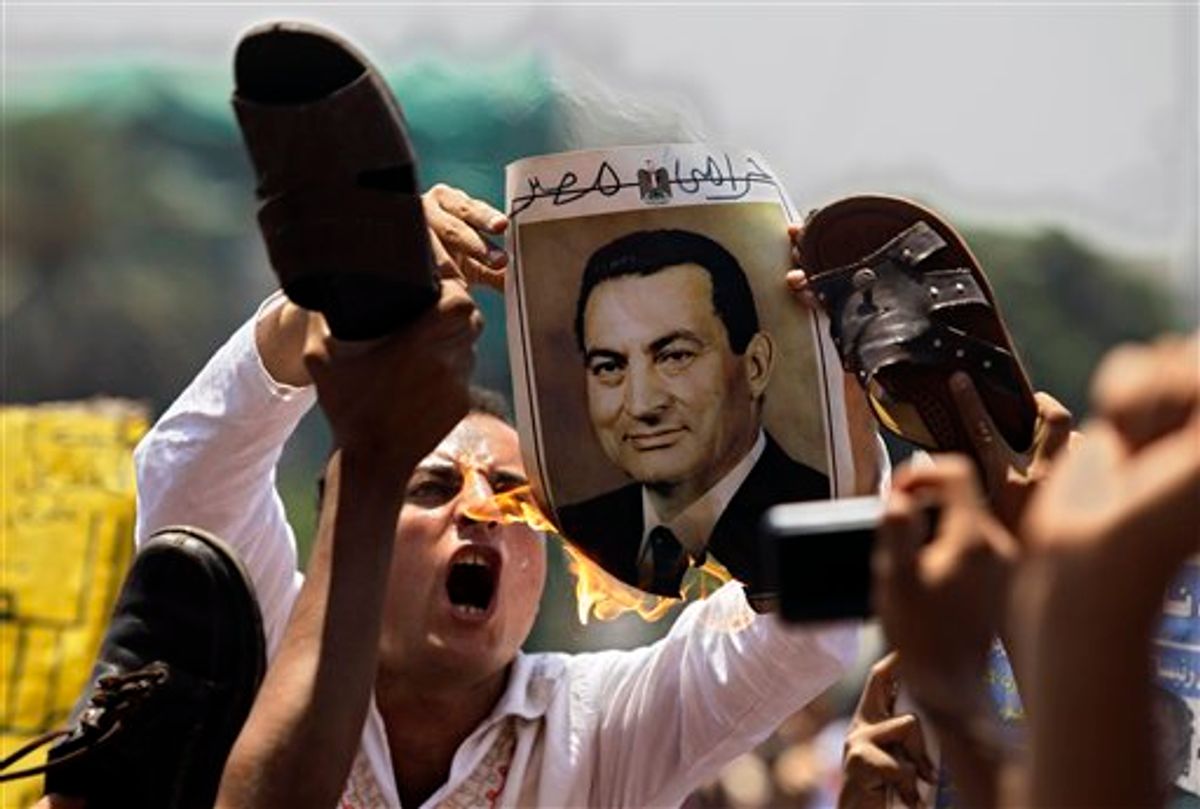 A man burns a picture of ousted Egyptian president Hosni Mubarak as others symbolically brandish a shoe at the image, their during a rally after Friday prayers in Tahrir Square, Cairo, Friday, July 1, 2011. (AP Photo/Sergey Ponomarev) (AP)
--

Hundreds of Egyptians are attacking a courtroom in Cairo and rioting after the court released 10 policemen charged with killing protesters during Egypt's uprising.

Relatives of slain protesters, who were involved in the unrest, also cut traffic Monday on a highway between Cairo and Suez by lying in the street.

The policemen were charged with killing 17 people in the city of Suez during the 18-day uprising that ended on Feb. 11. The court released them on bail and postponed their trials to Sept. 14.

Nearly five months after former President Hosni Mubarak was toppled, only one policeman has been convicted in the deaths of more than 846 people during the government crackdown on protesters. He was tried in absentia.