The U.N. Security Council plans to meet next week to discuss what to do about Syria's refusal to cooperate 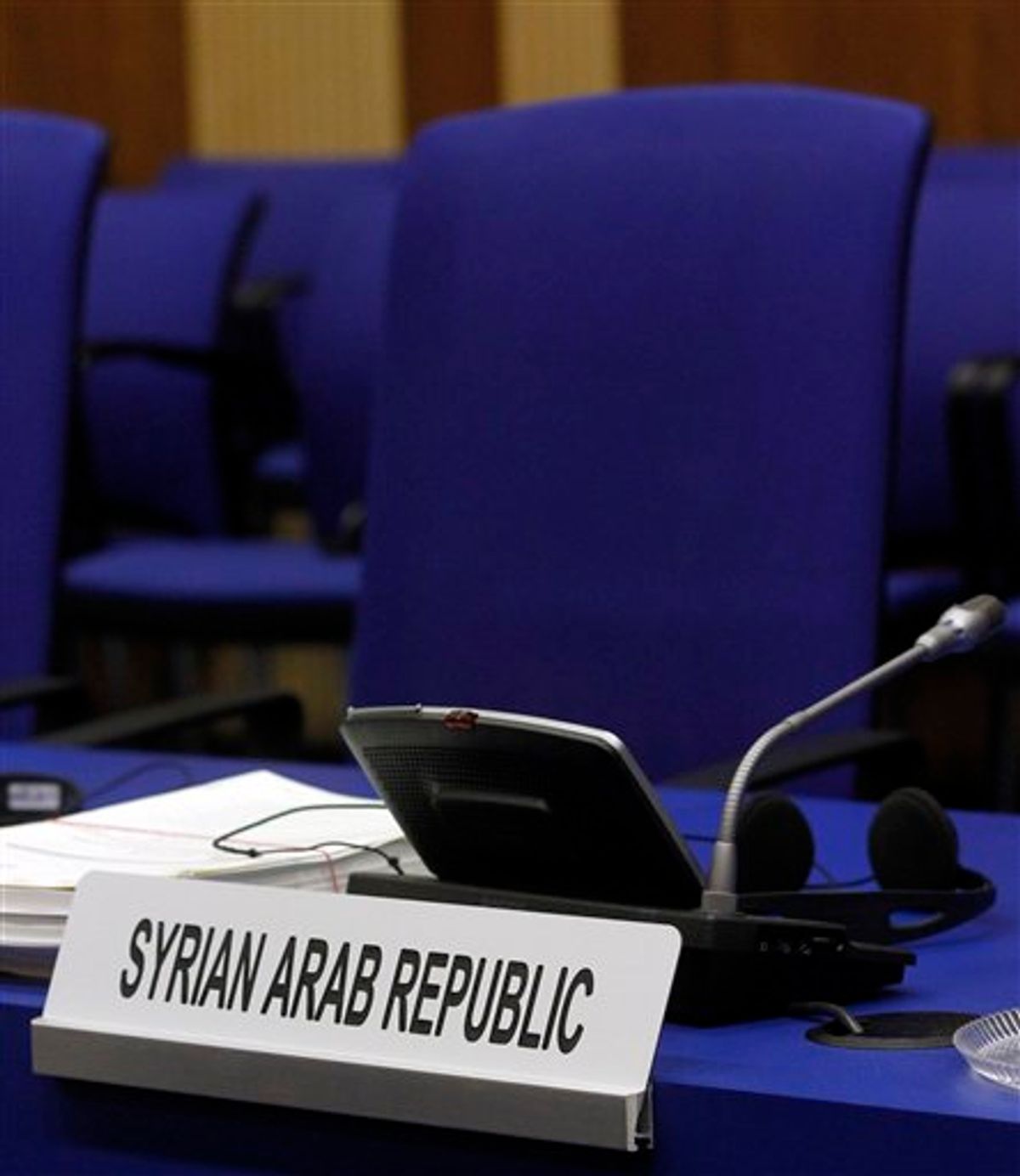 The empty chair of Syria's ambassador to Austria Bassam al-Sabbagh at the start of International Atomic Energy Agency, IAEA's board of governors meeting at the International Center, in Vienna, Austria, on Wednesday, June 8, 2011. (AP Photo/Ronald Zak) (AP)
--

The U.N. Security Council plans to meet in closed session next week to discuss what to do about Syria's refusal to cooperate with an investigation of its alleged secret nuclear activities, diplomats told The Associated Press on Monday.

The move comes just weeks after the International Atomic Energy Agency referred it the council for action that result in anything from debate to sanctions of the kind imposed on Iran for defying international demands to cease activities that could be used to make nuclear arms.

Sanctions are unlikely: Iran continues to expand its nuclear activities in defiance of the council, whereas Syria's alleged violations appeared to have occurred in the past and thus do not seem to represent a present proliferation threat.

Still, one of the three diplomats who agreed to discuss confidential information on condition of anonymity said the planned July 14 discussions are significant. He pointed to the fact that the council found the issue important enough to take it up less then a month after the June 9 IAEA referral.

Syria is already under Security Council perusal. The council on Thursday expressed united support for the U.N. peacekeeping force on the tense Syrian-Israeli border -- even while remaining divided over any direct condemnation of Syria's crackdown on peaceful demonstrators and human rights abuses.

All three diplomats said that the council had asked high ranking IAEA officials to testify at the hearing -- another sign of the importance attached to the Syria file. They said that IAEA chief Yukiya Amano and Herman Nackaerts, the agency's nonproliferation point man, would either both attend or one of them would go.

IAEA officials contacted after office hours Monday said they could not comment.