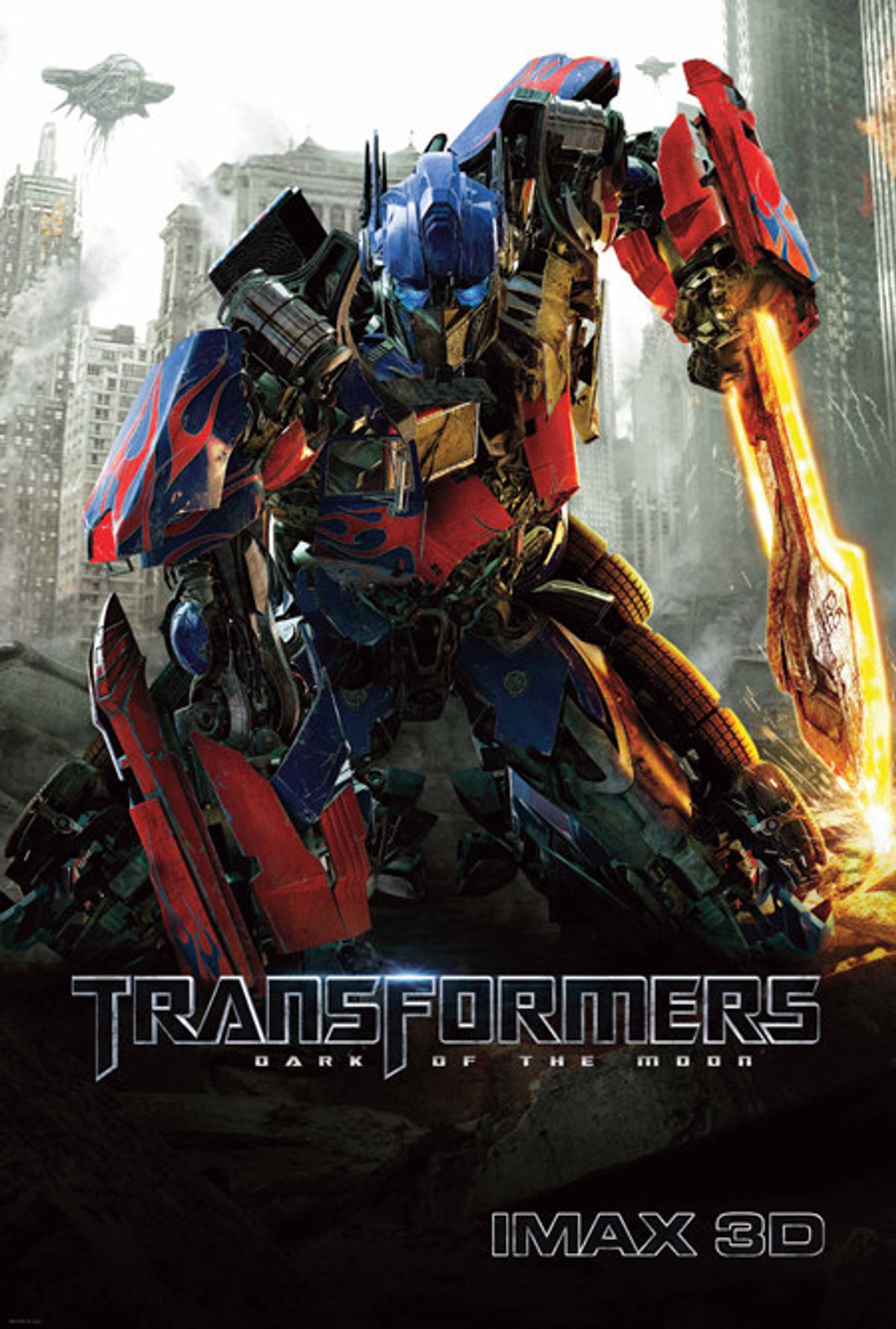 Michael Bay's "Transformers 3: Dark of the Moon" -- which Salon's Andrew O'Hehir called "a great and terrible film, in identical proportions and in all possible meanings of those words" -- had a record-breaking weekend at the box office, taking in an estimated $116.4 million to achieve the most successful 4th of July opening in history. (The previous record-holder, "Spider-Man 2," took $115.8 million in 2004.) Bay's film also scored the biggest opening weekend of the year -- and Deadline.com points out that it's "doing even better overseas":

Internationally the movie is open in 110 countries (but not yet Japan or China) and is up +55% over the franchise's 2nd installment. Foreign should close in on $235M through Monday for Paramount Pictures International's biggest opening weekend ever.

"Cars 2" and "Bad Teacher" stuck to the second and third box office slots, while "Larry Crowne" -- the Tom Hanks and Julia Roberts double bill that Salon called "the perfect grown-up-aimed counterprogramming" to "Transformers" -- took less than $16 million, prompting the Los Angeles Times to wonder whether America and Tom Hanks are "out of step."

"Super 8" and "Monte Carlo" came in fifth and sixth places, with ticket sales of $9.5 and $8.7 million respectively.

Deadline.com reports that this was, overall, "the 2nd biggest Fourth of July long weekend ever."