As the comedy becomes Judd Apatow's top-grossing film, we talk to the writer who first rallied women to the theater 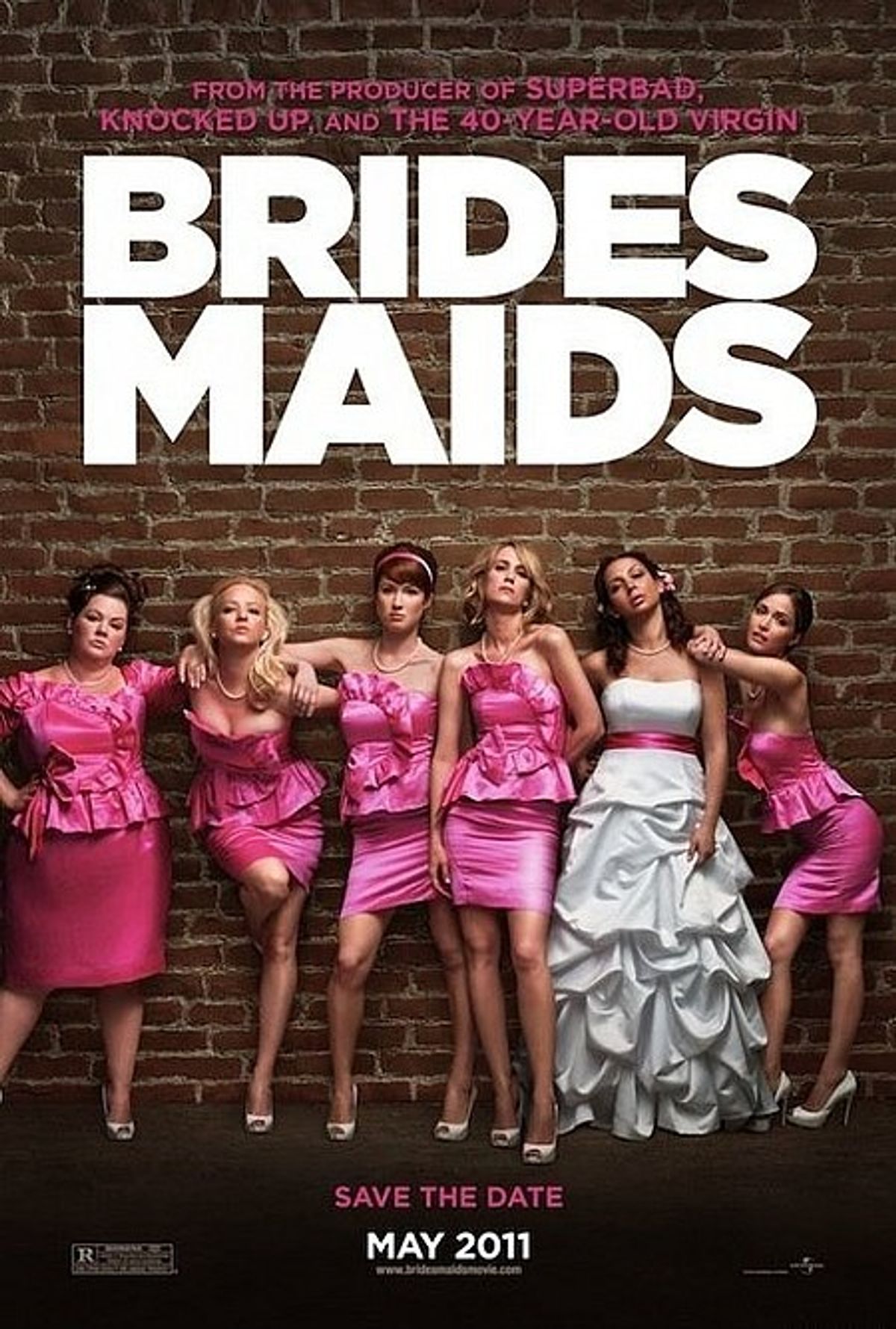 Since its opening in mid-May, Kristen Wiig's "Bridesmaids" has gone from "social responsibility" -- a film that female fans flocked to see, not only for its entertainment value, but also on principle -- to box office triumph. Last week, it became Judd Apatow's highest-grossing film ever, and now it's surpassed "Sex and the City 2" to become the biggest female-led R-rated comedy in cinema history (though "Bridesmaids" won the critical competition long ago, its more-than-respectable Metacritic score of 75 putting "Sex and the City 2's" measly 27 to shame).

In an interview with Movieline published Tuesday, Paul Feig, the film's director, said he thinks "comedy has changed in the last five years," citing the rise of behavioral humor -- and the simultaneous descent of the "joke"-- as a stimulus for his film's success. Asked whether he might consider making a "Bridesmaids" sequel, he said he'd be "very open" to the possibility -- as long as the material was strong enough. (Feig has spoken out elsewhere about his "mission" to help direct the spotlight toward "funny women.")

But what does the success of this film mean for women's comedy in broader terms? Will it be easier for female-driven films to find support in Hollywood -- and perform well at the box office -- going forward? We emailed Women and Hollywood's Melissa Silverstein -- whose early writing about "Bridesmaids" helped spur female audiences to support the film -- to ask what she thinks.

"The success of 'Bridesmaids' has clearly inspired Hollywood to think about funny women in a new way," Silverstein tells us. "It's like a lock has been taken off the cabinet, and people are realizing that women can write, they can be funny, they can lead a film and that there is a market for female-led projects. Women producers, writers and directors and others have been beating their heads against a wall trying to get women's films made, yet it took this film produced and directed by men to make Hollywood realize this fact ... Hollywood is so brutal on women that the success of 'Bridesmaids' will need to be replicated continually or else women will be back in the dog house.

"I don't think we would be having the same conversation about the film if it had not been produced by Judd Apatow and directed by Paul Feig," she adds. "There was no big outcry for more female-led PG-13 musicals following the huge success of 'Mamma Mia.' That movie is not too far behind 'Bridesmaids' with a domestic gross of $144 million.

"But Judd Apatow is part of the club, and he is a golden boy, and they took a chance on this film because he wanted to produce it."

Silverstein goes on to say that Feig is "the one standing up for the women and for reiterating that Hollywood should make more movies about women" -- and that she admires him for it.

When I mention a particular line from a blog post she wrote on May 13 -- "It’s fucked up that one FUNNY film has been put in this place where it could potentially lead women out of the desert into the promised land" -- and ask what she thinks that "promised land" might actually resemble (and whether "Bridesmaids" has helped us reach it), Silverstein replies: "We have been in the desert for so long that we don't even know what the promised land looks like. Women have been so beaten down that they are happy with one success and are looking to build from there. That's why it was so interesting to see all the women working in Hollywood encouraging people to see 'Bridesmaids.' They wanted it to be a success because they knew that it could help them. That's the point for me. If women could figure out how to band together and make more films a success, maybe the promised land will be in view sooner rather than later."