When a gay minister moved to a small Southern town

As an out Presbyterian preacher, I'd experienced prejudice before. But nothing like what I faced in North Carolina 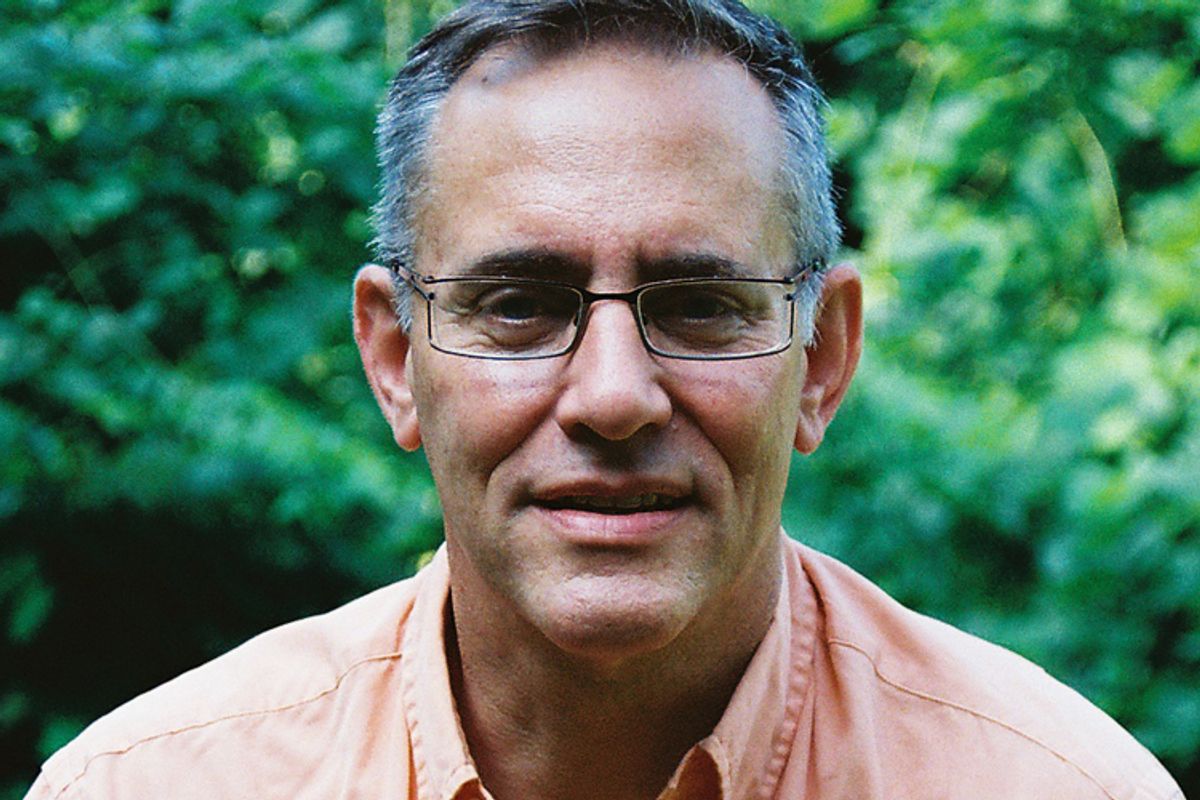 I was reading "Home in Henderson" -- the unofficial city website for a small town in North Carolina where I had recently moved to preach -- when I came across the blog entry. It was posted under the pseudonym "Church Reporter."

"A friend that attends the First Presbyterian Church told me to do a Google search on their new minister Brett Webb-Mitchell," the entry began. "Having done so, I have only three comments to make on the pastor selection: 1. Who is responsible for this mess? 2. The old biblical saying (the Lord works in mysterious ways) must be true in this case. 3. Someone needs to appoint a new membership search committee, because I hear the church membership numbers are dropping."

I sat at my computer, stunned.

As a gay minister, I'd heard nasty slights about me secondhand before, but I had never encountered it so directly. How could someone who didn't even know me criticize me? How could someone who called himself or herself a Christian spew such vile rhetoric? I was sad and angry and incredulous at once. This was a cheap, hateful shot.

Sadly, it wasn't the only one.

Over the next month a series of postings accumulated: "Astounded doesn't even describe it!" someone writing under the name "Interesting" responded. "Was Henderson the only place he could find work? Presbyterians in Henderson…take your children and RUN!!" Chiming in was "Longtime Hendersonian," who wrote, "Presbyterians, what were you thinking? An openly gay minister. Hey ya'll, come on to the Methodist Church."

I turned off the computer and found myself wrestling with dark bundle of conflicting emotions. Only a month into my job, I felt like I was already defeated. How would I ever make it here? Was my job over even before I began?

When the Session of First Presbyterian Church in Henderson, N.C., called me to be their interim pastor in August 2008, I didn't tell them I was gay. I was out to some people in the Presbyterian Church, especially around Raleigh, but not feeling the need to confess to everyone in the world about my sexual orientation for a contract job, I never mentioned my partner and two children. (After all, I reasoned, straight members wouldn't feel the need to explain their family.) But only days in, I was involuntarily outed by the music director, who got his information from his closeted friends in Raleigh. After a successful first Sunday in the pulpit, my contract was in jeopardy and gossip about me whipped through the community.

My heart was racing as I entered the meeting room to confront the Session. But something amazing happened: We put the truth out there about who were and what we were looking for. After a handful of Elders shared stories of loved ones who are lesbian or gay, the deal was sealed. I would remain the interim pastor for a year and a half. The deep calm we felt about this could only be called the Holy Spirit's presence.

But the roller coaster ride had just begun. By and large, members were willing and able to get their mind and heart around who I was.

"You're an awesome preacher, who happens to be gay," as one parishioner said.

But some struggled with my sexual orientation. "Every biblical reference to homosexuality indicates it is not an 'alternate life style,' but gross sin," one church member wrote on a church survey near the end of my tenure, following his grievance with a long list of Old and New Testament references. I got to see how the average church members interpreted Scriptures. But these complaints also became personal. "Our interim minister being an open homosexual has damaged our church and our ministry in the community," one respondent wrote.

I'd never encountered these sentiments before in the seven churches where I served -- from Boston to Raleigh -- and I grieved deeply upon reading the words. In previous positions, I'd only known adulation and triumph, not derisiveness and acrimony. But despite all this tension, the church continued to grow -- and so did a deepening sense of faith as we became more transparent with our collective lives. For that, I was forever thankful.

The same could not be said of the townspeople of Henderson, however. The bigotry, disgust and underlying fear of those of us who are different than the rest -- whoever "the rest" may be -- was breathtaking in its viciousness. And the place where so much of this prejudice found light was in the pages of "Home in Henderson." People from the town and county had free rein to insult and mock me. "Homo of Henderson" they dubbed me, but often they weren't nearly as eloquent: "queer," "faggot." I knew they weren't writing about me personally. They were writing about some idea of me, some label they had attached to me, a one-dimensional representation born of ignorance. But sometimes, reading those posts could leave me gasping for breath, like I'd been kicked in the guts.

After the town council voted down an adult bookstore for the downtown area, one blogger suggested that an adult bookstore could open up in the basement of the Presbyterian Church with all of my books. My article in the July 2008 Advocate about life in our family had a photo of my partner holding me by my shoulders as I stood by my son and daughter. "The picture and the whole thing will make you sick," one comment said. "AND he is going to minister to the youth in Henderson. I am not a member of that Church but if I were, I would be gone like a flash."

And everyone offered biblical readings on the subject of my sexuality. "To blatantly live such a lifestyle that God terms an abomination and further add insult to injury and call himself a minister without admitting the sin in his life? Sick, sick, sick," wrote "Bible Reader." Another post by "Bobbi" listed a long line of Scriptural references that have nothing to do with our modern understanding of sexuality, ending with this declarative statement: "If the homosexual community chooses to practice homosexuality in privacy, that is their free choice ... but they will be deemed unfit for the kingdom of heaven."

And then, there was the occasional crude joke: "How strange it is that some preachers spend more time on their knees than the other ones." How hilarious.

Even as the church thrived, taking on important issues in the community, I was nothing short of a scourge on the town to those bloggers. I was just one more problem in a long list of them: the high crime rate, high and stagnant unemployment, a poor school system, high number of welfare recipients.

"I know this town probably has plenty of closeted gays and we will find out who they are when they attend the Presbyterian church," read one comment. "We already have an adult bookstore trying to come to town, so I guess the next thing will be a gay bar." Reading this last blog, I couldn't help but think: How nice would that be -- a bar that was at least friendly?

Over time, the bile died down. After a quick search process, the church called its new installed pastor, which meant my contract had been fulfilled, and it was time for me to leave. I felt confident in my time spent there: New practices and rituals had been tried; the faith of the people matured; our membership increased. But I was not surprised to find yet another comment from "Interesting" upon the announcement of my departure: "Thank GOODNESS this church has a new minister. Could not believe they ever brought the other one into that church. What in the world were they thinking? Hopefully, this one is different."

To paraphrase Friedrich Nietzsche, I am reminded that what does not kill us makes us stronger. I do feel stronger having emerged from my time in this small Southern city. I think I have a better understanding of what hate looks like, and I am more inspired and admiring of Harvey Milk and Bayard Rustin -- men who endured far worse than I have. But it was never me the bloggers hated. I was a Rorschach test for this group. Some showed me their anger, yes, but they all showed me their hearts and minds. This is a community of strength, where good-hearted people are opening up an emergency shelter for men who are in great need on cold winter nights. But it is also a community that struggles with racism, classism and gender discrimination. It is an old-fashioned town, challenged by these modern times.

In closing, I remember the Apostle Paul, who reminds me that nothing can separate me from the love of God. (Pairing Nietzsche and the Apostle Paul might seem an odd combination, but so be it.) I saw ugliness in Henderson, sure, but I also found love and support and new understanding. As one member of the church said: "He may be gay, but he knows how to preach the Gospel."

Brett Webb-Mitchell is a minister in the Presbyterian Church (USA), having served eight churches since he was ordained in 1983. He taught for over a decade at Duke Divinity School and currently teaches at North Carolina Central University (Durham, NC). He is director of a religious non-profit, School of the Pilgrim, and his memoir, "Divinity," is due for publication in the near future. Brett, his partner, Brett's children, and their dogs, all make their home in Chapel Hill, North Carolina.