The greatest books that never were

Literature is full of imaginary books. Given the choice, which one would you read? 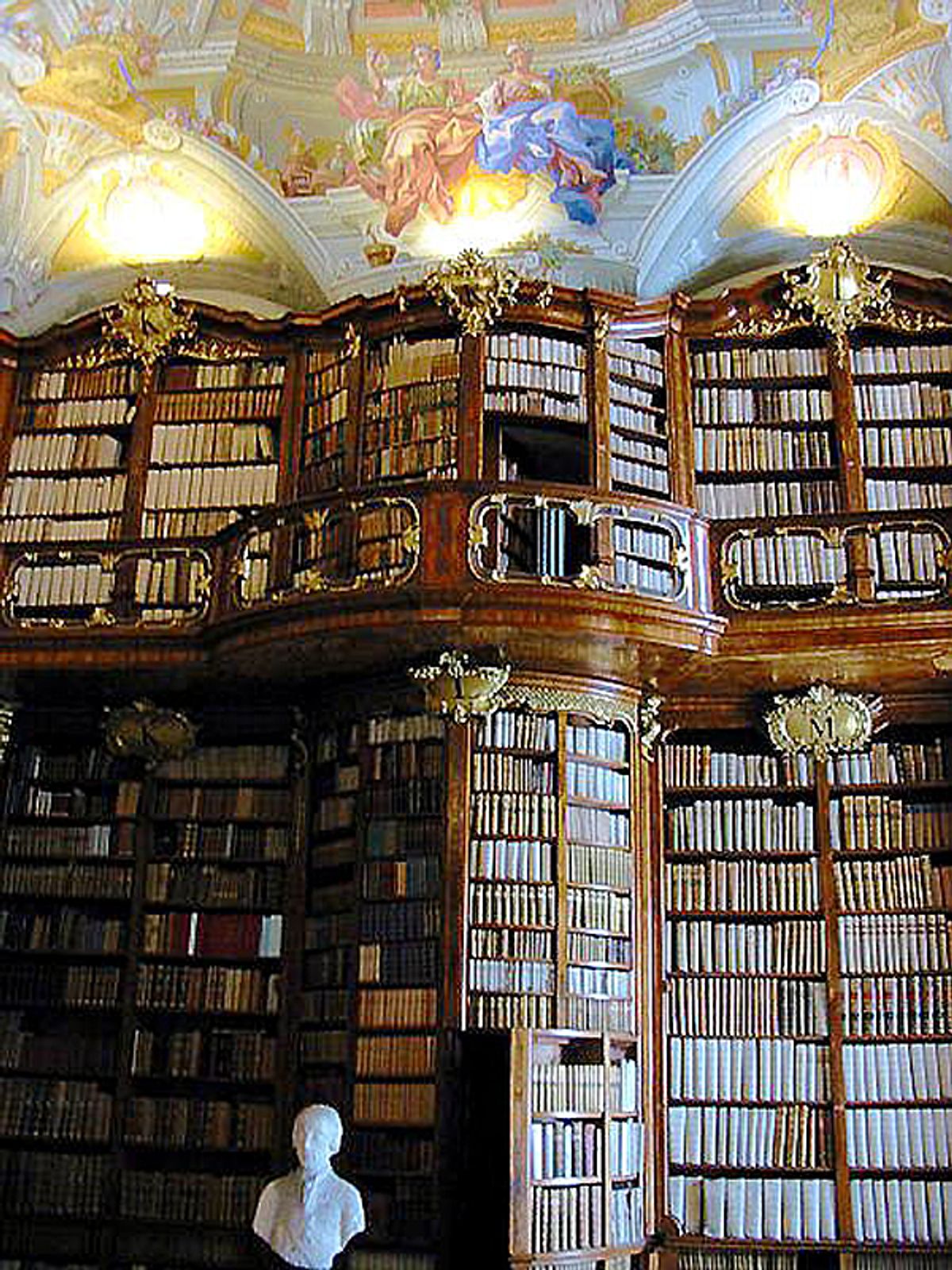 The library of St. Florian in Austria
--

Imaginary books seem to be nearly as numerous as the real ones, and that's even when you don't count all those bestselling thrillers people believe they'll write someday if only they can find the time to write the damn thing down. Nonexistent books certainly have some devoted fans, such as the proprietor of the ever-diverting Beachcomber's Bizarre History Blog, who is making bold moves to expand the collection known as the Invisible Library.

"The Invisible Library" has, for at least a decade or so, referred to those books that exist only within works of fiction. A man named Brian Quinette founded a website by that name in the late 1990s, presenting it as a catalog of "imaginary books, pseudobiblia, artifictions, fabled tomes, libris phantastica, and all manner of books unwritten, unread, unpublished and unfound."

The original Invisible Library disappeared from the Web in the mid-2000s (though you can still find snapshots of it in the Internet Archive Wayback Machine), and since then other pseudobibliophiles have opened their own "branches," although these too have a tendency to end up abandoned. The novelists Ed Park and Levi Stahl created a catalog of imaginary titles that inspired an interactive exhibition at a London art gallery, but they have only occasionally updated it since 2008. Loss of interest is, perhaps, inevitable, since when you maintain such a list, tiresome people are constantly proclaiming their disappointed astonishment that their particular obscure favorite isn't listed.

The pseudonymous Dr. Beachcomber would like to expand the Invisible Library to include fake books -- that is, titles that don't even exist in a fictional universe. They appear only on the spines of sham bookshelves used to disguise secret doors in exceptionally interesting houses. Charles Dickens had just such a door installed in his own study in London, with fake titles of his own devising, including "Socrates on Wedlock."

Most such titles are jokes ("Cat's Lives" in nine volumes, etc.), but then so are many of the celebrated holdings in the Invisible Library proper; if there's one thing authors relish, it's a chance to make fun of other authors. Hence, such immortal imaginary works as "Only a Factory Girl," by Rosie M. Banks, a popular sentimental love story that often crops up in the fiction of P.G. Wodehouse; "The Industrious Muse: Narrativity and Contradiction in the Industrial Novel," by Robin Penrose, in David Lodge's academic satire, "Nice Work;" and "My Big Ol' Feets Gon' Stomp Dat Evil Down" by Isshee Ayam from Trey Ellis' send-up of 1980 multiculturalism, "Platitudes."

Who'd want to slog through those -- let alone tackle another of Dickens' japes, "History of a Short Chancery Suit" in 21 volumes? The vast majority of the Invisible Library is, let's face it, better off not existing. The world does not need "Feeling GREAT," by Ashley Tralpis, M.D., Ph.D. (from Jonathan Franzen's "Corrections"). And if a reader learns anything from the fiction of H.P. Lovecraft, it's to stay well away from the "Necronomicon" of Abdul Alhazred, perhaps the most famous -- and certainly the most infamous -- imaginary book of all time.

Which raises an intriguing question: If allowed to choose only one, which volume in the Invisible Library would you most want to read?

Assuming that "The Hitchhiker's Guide to the Galaxy" counts as an imaginary book (seeing as it's also a real book, by Douglas Adams), then it would surely have the longest list of patrons waiting to check it out at the Invisible Library's front desk. Fans of the late Chilean author Roberto Bolaño might opt for a masterpiece by Benno von Archimboldi, whose works captivate the characters in "2666." Others would surely select something from the extensive imaginary works invented by Jorge Luis Borges -- "The Garden of Forking Paths" by Ts'ui Pên, perhaps?

For myself, the choice is easy. I'd take "The Higher Common Sense" by the Abbé Fausse-Maigre, the indispensable philosophical handbook of Flora Poste, heroine of Stella Gibbons' great comic novel, "Cold Comfort Farm" (1932). Flora, an admirer of Jane Austen, goes to live with the Starkadders, relations in the Sussex countryside, and finds herself plunged into a doom-laden agricultural milieu familiar to readers of the rural gothics popular at the time, overwrought "earthy" novels written in imitation of Thomas Hardy and D.H. Lawrence.

Armed with the insights of the Abbé (I like to think of him as a more avuncular version of Montaigne), Flora tidies up the seemingly intractable messes at Cold Comfort Farm, from dispatching the hellfire-and-brimstone paterfamilias on a missionary road trip to shipping her oversexed cousin Seth off to Hollywood and imparting romantic and contraceptive advice to the local girls. At every turn, "The Higher Common Sense" provides her with a sound footing to tackle any challenge, including the most formidable of all -- Aunt Ada Doom, who refuses to leave her room on account of the shock she incurred as a girl upon witnessing "something nasty in the woodshed."

In times of trial and confusion, one can't help but long for a copy of this invaluable imaginary volume. Readers who'd make a different choice if offered a single checkout from the Invisible Library are invited to leave their thoughts in the comments thread.

The Invisible Library blog by Ed Park and Levi Stahl

The Malibu Lake Branch of the Invisible Library, with links to other branches