Debt talks update: Is Obama playing it too cool?

The president wants to be the grown-up in Washington. But what we need is a leader with a big stick 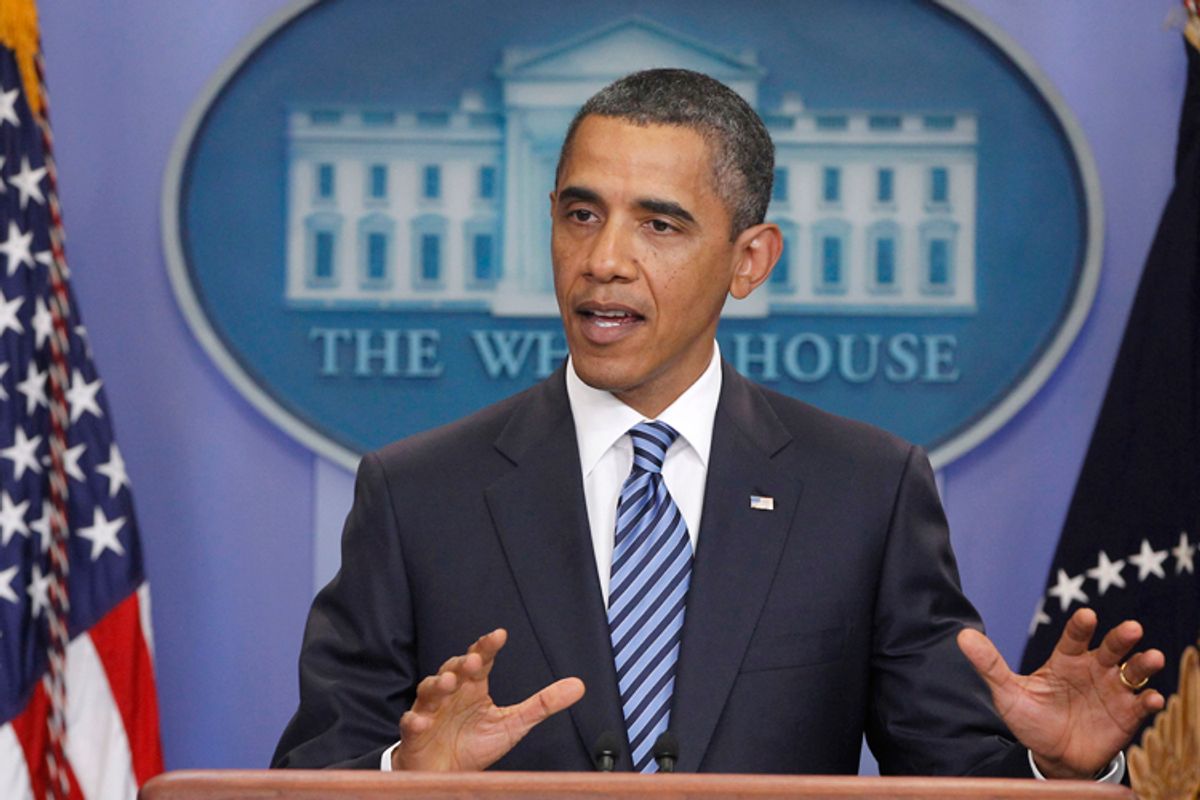 What does it say when the leader of the Democratic Party goes easier on the Republicans than a mildly conservative opinion columnist in the New York Times? Late Tuesday afternoon, President Obama delivered a very brief update on the current state of deficit reduction negotiations. But he made virtually no news and avoided any hint of the aggression he aimed at his obstructionist opposition during last week's press conference.

"We've made progress, and greater progress is within sight," said the president, while cautioning that cutting a deal would require compromises that force "both parties to get out of their comfort zones." By which he means, presumably, that  any agreement must include some revenue increases to take the edge off the massive spending cuts that Democrats have already agreed to in return for raising the debt limit.

But aside from announcing that he had invited the leaders of both parties to the White House on Thursday, there wasn't much of substance to be gleaned from the president's remarks. It's clear that his goal is to position himself as the sensible man in the center, the leader who is more than willing to get out of his own comfort zone to broker a deal.

That's fair enough, as far it goes -- it doesn't take much work at all to portray today's congressional Republicans as mulish extremists. In the abstract, Americans probably appreciate a cool hand on the tiller. But there's no evidence that such tactics are increasing Obama's leverage at the negotiation table. Furthermore, Republicans have forced the playing field so far to the right already that what looks like the center to Obama seems pretty darn conservative to most of the people who voted for him. It will require a lot more than a stern tone to get this version of the GOP to weaken their resolve.

"This should not come down to the last second," said Obama. But nothing he said on Tuesday offered any real hope that it won't.