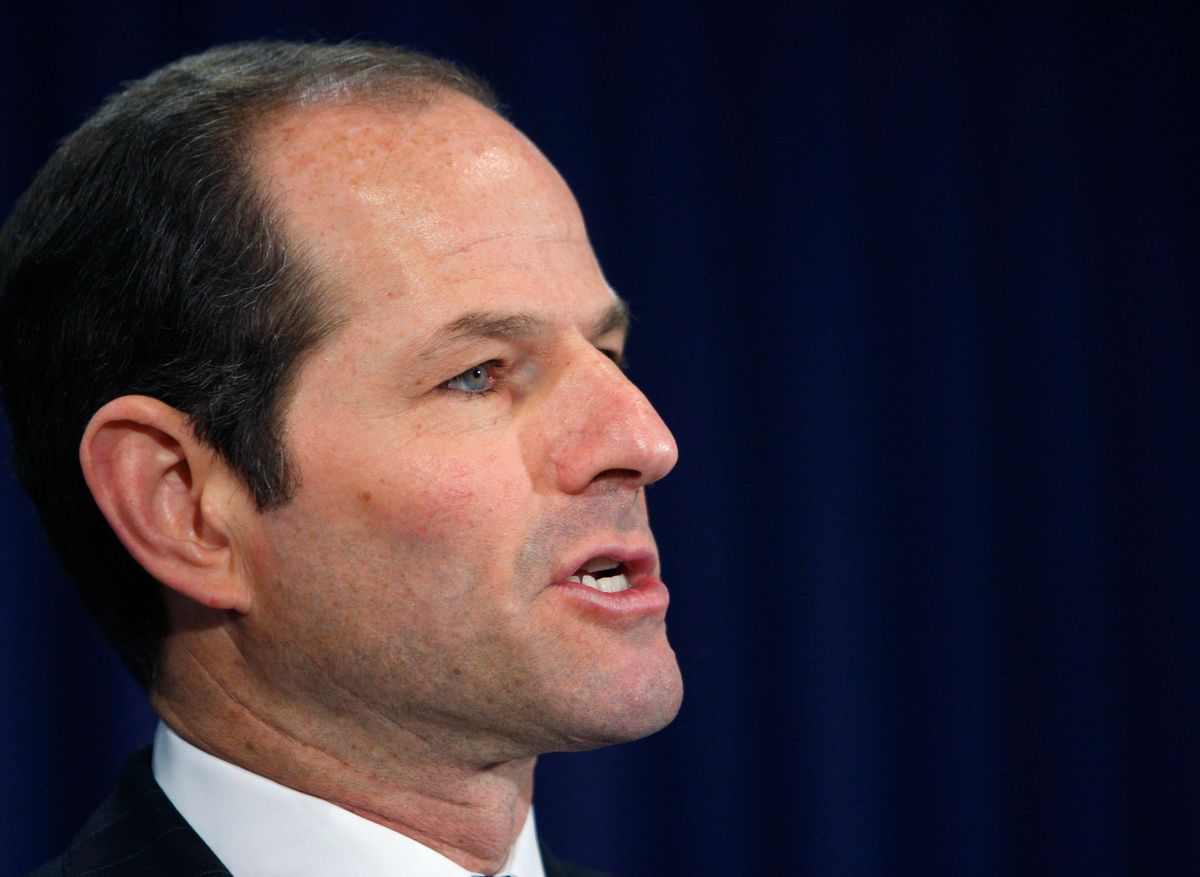 Poor Eliot Spitzer has been canceled! The former governor of New York had a show with conservative columnist Kathleen Parker, because CNN was constitutionally unable to give a male Democrat a show without pairing him with a female Republican. But Spitzer basically dominated Parker, because he's a shouty megalomaniac, and Parker eventually left the show, leaving CNN with something resembling an actual hour of liberal opinion programming, which is anathema to their "brand." So he's out.

8 p.m. now goes to Anderson Cooper. Also getting a show is Erin Burnett, a former CNBC personality and make-believe "adviser" to moron birther Donald Trump on his television show "The Apprentice." She is fine, I guess, despite being the longtime public face of the horrible cable channel that represents the destructive interests of the useless bloated financial sector. Better than Piers Morgan, who is not canceled, despite being awful.

CNN claims Spitzer will still be on the cable news network but Spitzer is apparently looking for work at other networks, according to TV Newser.

Also still not fired from CNN: Wolf Blitzer, the dumbest man on television.