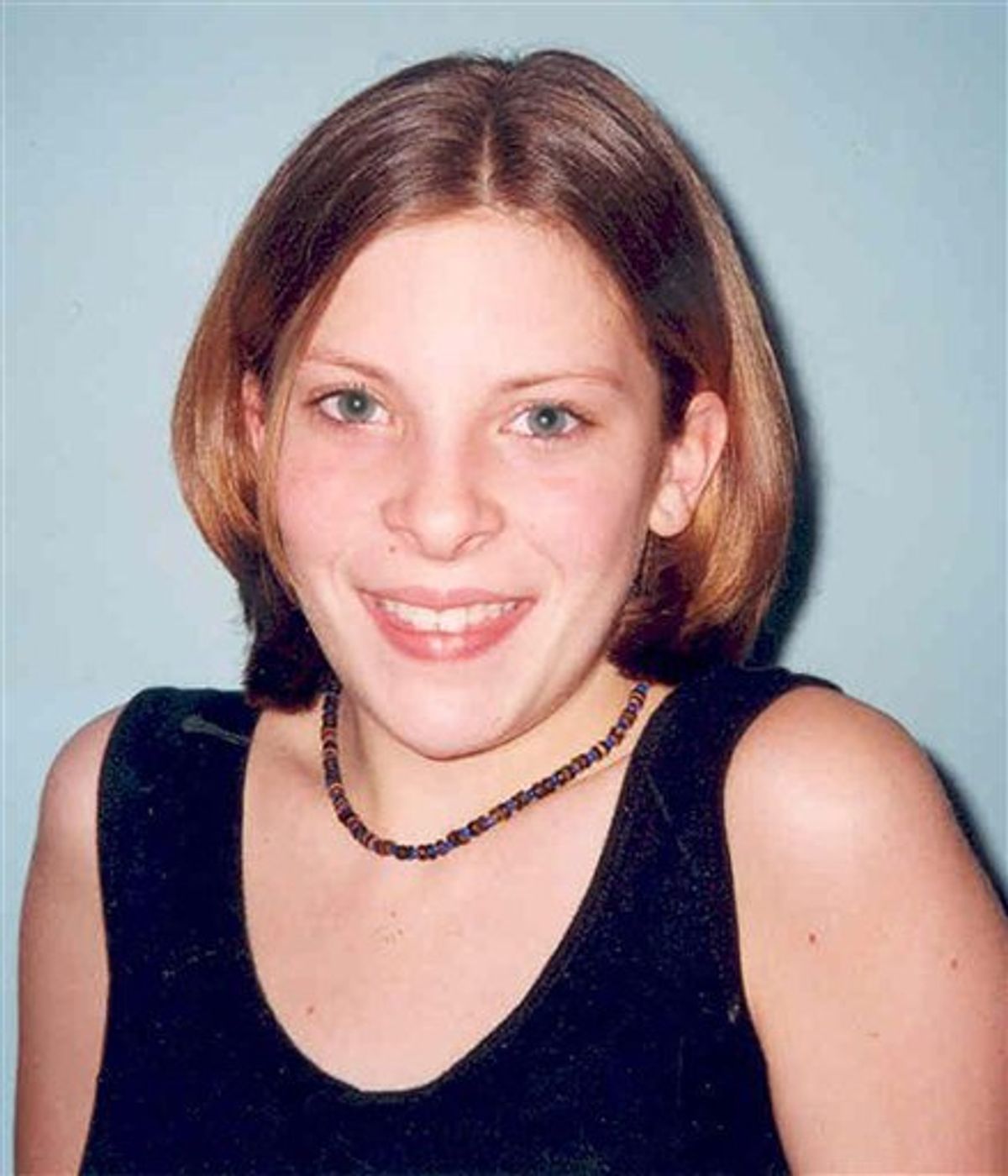 This is an undated Surrey Police handout photo of Milly Dowler made available Monday July 4, 2011 . Britain 's Prime Minister David Cameron said Tuesday Juily 5, 2011 that he is shocked by allegations that a British tabloid hacked into the cellphone of a murdered schoolgirl Milly Dowler after she went missing. "If they are true, this is a truly dreadful act and a truly dreadful situation," Cameron said about the latest hacking allegations against the News of the World. (AP Photo/Surrey Police. Ho) UNITED KINGDOM OUT NO SALES NO ARCHIVE EDITORIAL USE ONLY (AP)
--

British lawmakers staged an emergency debate Wednesday to vent their outrage over a widening phone hacking scandal in which a tabloid allegedly targeted missing schoolgirls and the families of London terror victims in addition to celebrities and royals.

Prime Minister David Cameron called for inquiries into the News of the World's behavior as well as into the failure of the original police inquiry to uncover the latest allegations now emerging.

London's Metropolitan Police, meanwhile, confirmed they were investigating evidence from News International, parent of the tabloid, that some officers illegally accepted payments from the newspaper in return for information.

"It is absolutely disgusting what has taken place," Cameron said, speaking in the House of Commons shortly before the debate opened. However, he said any inquiry into the News of the World would have to wait until the police investigation is concluded.

News International, the British linchpin of Rupert Murdoch's global media empire, was under intense pressure following reports that its tabloid had hacked into the cell phone of missing 13-year-old Milly Dowler in 2002, deleting messages and giving her parents and police false hope that the girl was still alive.

Milly had been abducted and murdered, and the search for her transfixed Britain at the time.

Members of Parliament seized on the case to demand a full debate as pressure rose for the chief executive of News International, Rebekah Brooks, to resign, since she was a former editor of News of the World. Major advertisers -- including Ford UK and leading mortgage lender Halifax -- pulled their ads from the paper.

U.K. tabloids have a history of harassing royals, sports stars and celebrities, eavesdropping and paying even the most tangential sources for information about stars' sex lives and drug problems. But the Dowler allegations amounted to interfering in a police investigation to seek tabloid headlines.

The scandal widened further Wednesday with new allegations that Glenn Mulcaire, a private detective employed by News of the World, had obtained telephone numbers of relatives of some of the 52 people killed in the 2005 terrorist attack on London's transit system. It was unclear whether any of those phone had been hacked.

British media also reported that the parents of Holly Wells and Jessica Chapman, schoolgirls murdered in a sensational 2002 case, had been informed by police that they were investigating whether the News of the World also hacked their telephones.

Mulcaire and former News of the World reporter Clive Goodman have already served prison sentences for hacking into the phones of royal officials. Mulcaire issued an apology Tuesday to anyone who had been hurt by his actions, but said there was no intention of interfering with a police investigation.

"Working for the News of the World was never easy. There was relentless pressure. There was a constant demand for results," Mulcaire said.

Graham Foulkes, the father of one of the 2005 terror victims, said police told him he was on a list of names of potential hacking victims.

"I just felt really upset and sad and sickened that some people would go to those extremes given the distress of 52 families at that time," Foulkes said, but added that police said they had also warned only a few other families.

Foulkes said he wants to meet Murdoch in person about the scandal. Simon Greenberg, News International's director of corporate affairs, told the BBC that a meeting was "something we would consider."

The intense attention on the News of the World comes at a sensitive moment for Murdoch, who is seeking British government clearance to launch a full, multibillion-pound takeover of British Sky Broadcasting.

Britain's Culture Secretary, Jeremy Hunt, has insisted he will decide the issue purely on competition grounds, without regard to the behavior of the News of the World. But some members of Parliament are linking the two issues and demanding that Hunt block a takeover.

Cameron on Wednesday again rejected calls to refer -- and thus delay -- any BSkyB takeover by referring the issue to the Competition Commission. Cameron and his wife are friends with Brooks, the News International chief.

The rapidly expanding phone hacking case is also an embarrassment for London's Metropolitan Police, who essentially accepted the paper's claim that Mulcaire and Goodman were simply a couple of rogue employees who did not reflect company policy.