James Spader to join "The Office"

The Emmy-winning "Boston Legal" star will reprise his role from the season finale, take over Dunder-Mifflin 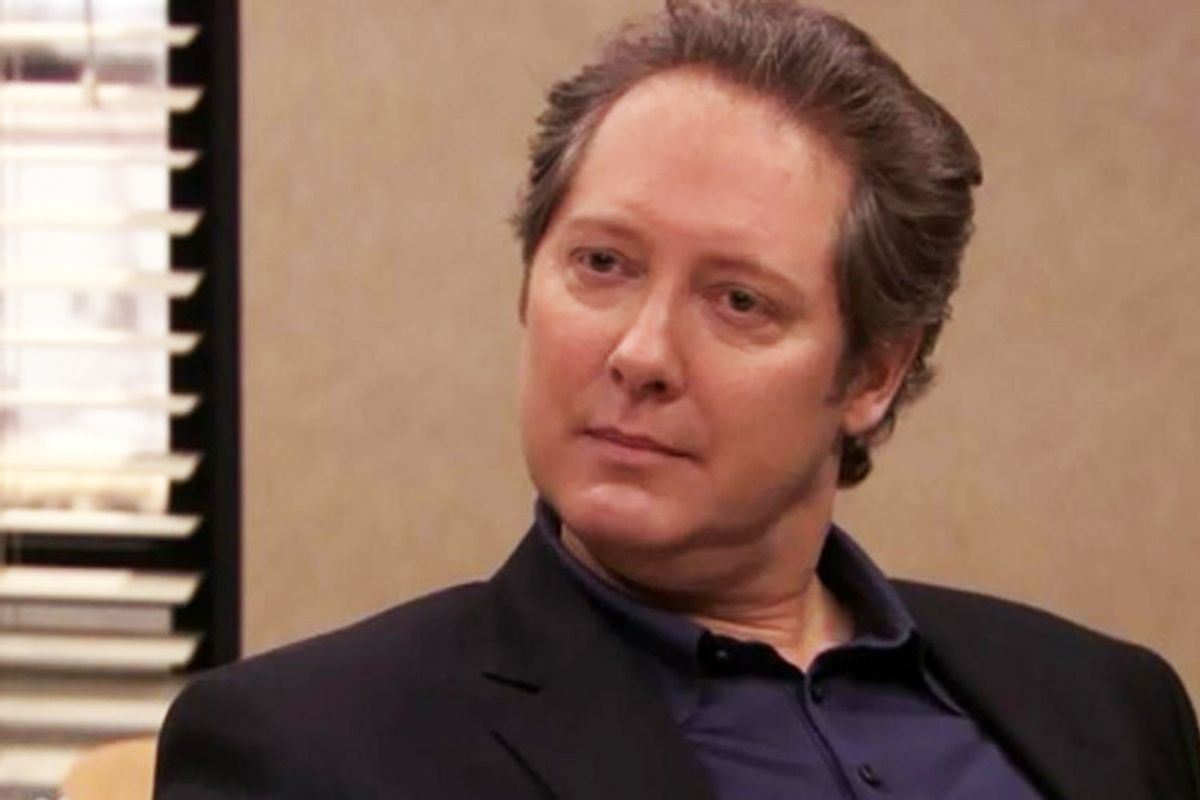 James Spader will be joining "The Office," The Hollywood Reporter announced today.

"The Emmy-winning actor will join the half-hour comedy as CEO Robert California of Sabre, the parent company of the Dunder Mifflin Paper Co.  Spader replaces Kathy Bates, who stars in another NBC series, 'Harry's Law'," wrote Philiana Ng. (The surprise buzz last May that British actress Catherine Tate would replace Carell seems to have fizzled.)

If you saw Spader's cameo as Robert California in last season's finale, you know that's good news for viewers. If NBC is indeed committed to keeping the workplace sitcom on the air forever and ever, amen, and milking it for every last dollar it can generate, then casting Spader is a fine way to reinvigorate it.

The story quotes Paul Lieberstein, an executive producer and series regular (he plays Toby): "James will reprise his role as Robert California, this uber-salesman that has a power to convince and manipulate, like a high-class weirdo Jedi warrior. He'll have been hired over the summer as the new manager, but within hours, got himself promoted. Within days, he took over the company."

All quite plausible within the world of "The Office." The beautiful thing about that "interview" scene in the finale [portions of which are embedded below] was how it offered an electrifying alternative to the type of boss represented by Michael Scott (Steve Carell) and almost everyone angling to replace him. California wasn't a fatuous twit like Michael. He was more like a decadent prince forced to live among the rabble.  The office workers had to be on their toes, alert at every second and scrutinizing everything the man across from them was saying, because they could sense that he was brilliant and manipulative -- possibly so brilliant that they couldn't tell precisely how he was manipulating them.

The interview also showed us a different side of Jim Halpert (John Krasinski), who had spent virtually the entire run of the program being a smug, smirking witness to Michael's stupidity and randomness, and carrying himself with an air of moral and intellectual superiority that would have been insufferable if Krasinski weren't such a likable actor. Jim can't mess with Robert California's head the way he could with Michael's, or Dwight's. Here he looked as overmatched as a dog trying to outsmart a human.

The Hollywood Reporter story doesn't say how much screen time Spader will get -- presumably more than Bates got, given the Big Deal nature of this announcement, but less than if he were filling Michael's slot as office manager, actually sharing space with the regulars.

I'm a bit bummed that we're not going to see the latter scenario. I loved imagining Robert California trapped in that tedious office day in and day out, being bored out of his skull and devising new ways to torture his underlings, who would do their best to fight back and outsmart him, perhaps discovering qualities they didn't know they had in the process. But maybe we'll see a bit of that anyway. And at the very least, Spader's character will demand more of Jim, who's looking more and more like the likely heir to Michael's job -- a "temporary" replacement who's anything but.