Unfunny at the best of times, Leno made us wish for Stewart and Colbert to return from vacation 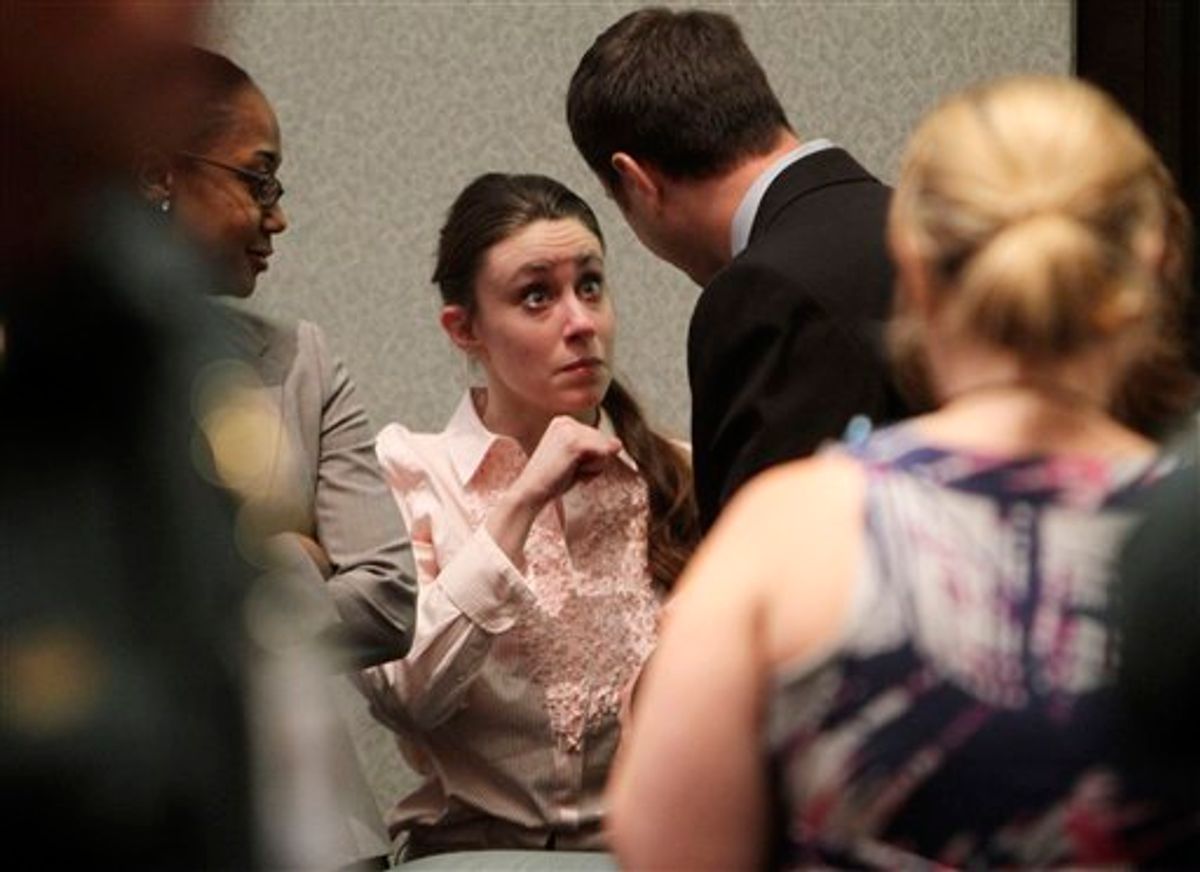 Casey Anthony talks with a supporter in court following the end of her murder trial where she was acquitted of murder charges in Orlando, Fla. Tuesday, July 5, 2011. Anthony had been charged with killing her daughter, Caylee. (AP Photo/Red Huber, Pool) (AP)
--

On Tuesday night, Jay Leno reminded us not to watch late night comedy shows when Jon Stewart and Stephen Colbert are off the air on vacation.

The Tonight Show host opened with a few cracks about the Casey Anthony verdict:

"It was so hot today, people were as delirious and incoherent as a Florida jury," he "quipped," he then tried to deliver a second joke -- "This [verdict] means President Obama’s economic team is only the second most clueless group of people in America," -- which he had to repeat because his audience failed to laugh first time around.

We invite you to cringe with us: