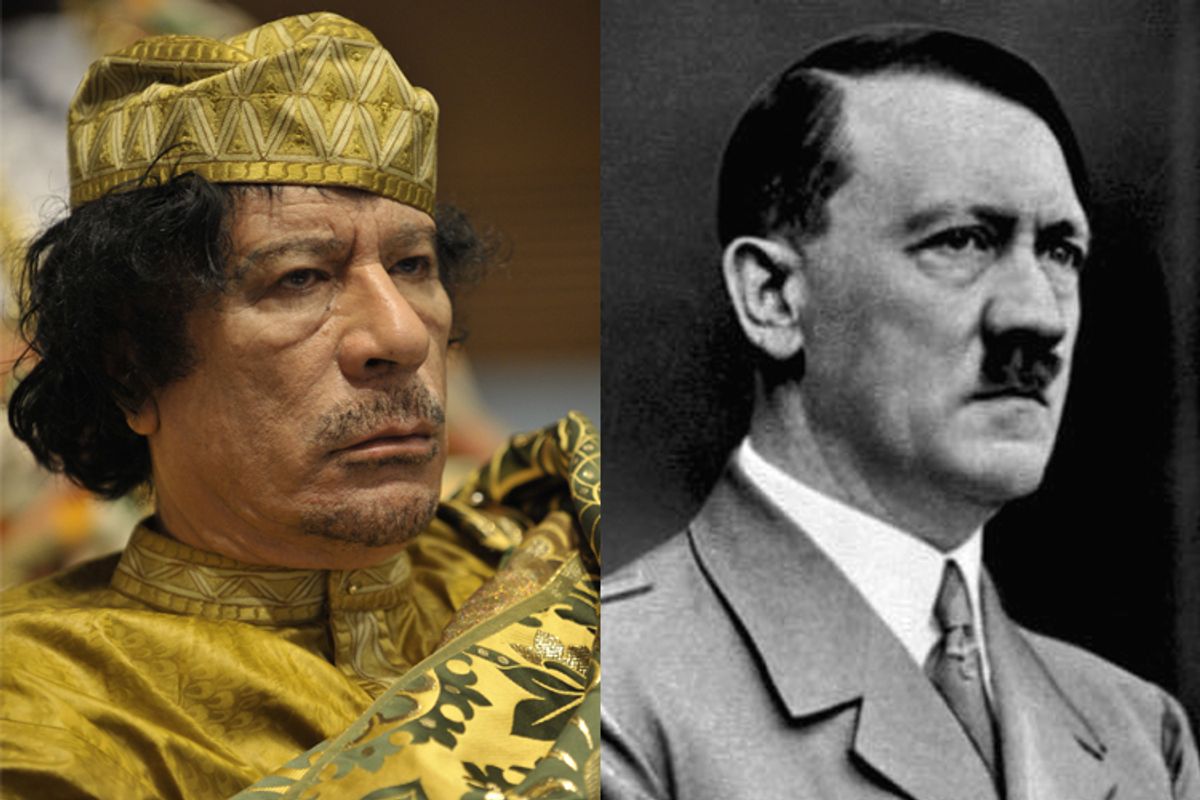 Sen. Lindsey Graham (R-S.C.) warned on Tuesday that Libyan dictator Moammar Gadhafi is "serious" about attacking European cities in order to pressure European officials to cease their airstrikes against Libya.

"He actually means it," Graham said of Gadhafi. "Hitler meant it. He means it."

And then that what happens in Libya will not only determine America's economic future, but that there will never be prosperity here if there are "evil people" in power in the world:

"There will never will be economic prosperity in America if the world is in the hands of evil people who will make it very difficult for us to travel and trade and do business," he said.

That last point is belied by ... every period of economic prosperity in American history, which occurred when "evil people" were roaming around the world.

As for the Nazi comparison, if Gadhafi is Hitler, is Graham Chamberlain?