Between phone hacking and possible defamation, News Corp's newspapers are having an interesting summer 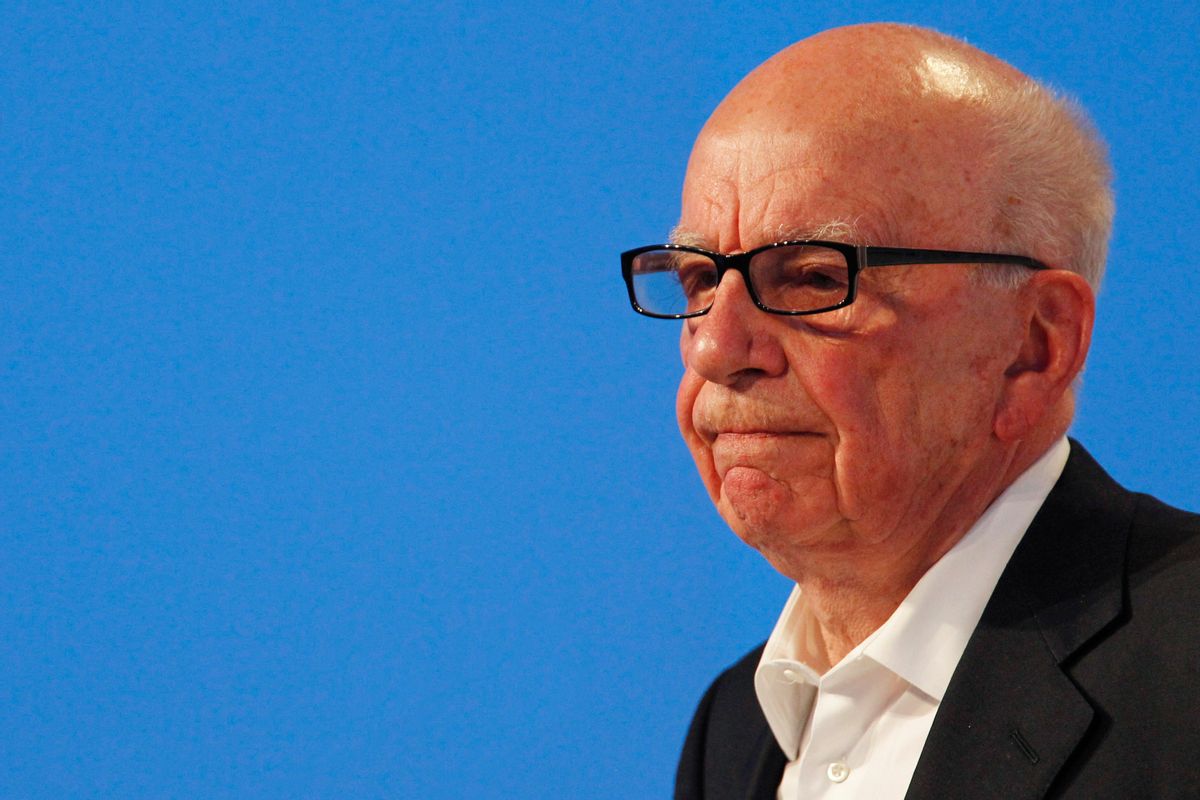 News of the World is a British Sunday tabloid newspaper owned by Rupert Murdoch since 1969. It, along with the daily Sun, is where Murdoch perfected the salacious tabloid format he'd eventually import to America, where it found much more success as a television station. The basic formula hasn't changed: rabid right-wing politics, sexy girls, constant bellowing outrage, celebrity scandal and a general disregard for journalistic ethics. That News Corp culture -- prizing scoops above all else, from basic human decency to, sometimes, truth itself -- is what has led to the "phone hacking" scandal that now consumes the U.K. The News of the World, it turns out, had a long-standing practice of breaking into the voicemails of newsworthy figures, from celebrities to the victims of horrific crimes.

While the practice was originally blamed on a few overzealous reporters, it's clear, now, that it was more or less standard operating procedure for reporters. The victims of News of the World hacking now include multiple murdered teenaged girls (News of the World reporters even deleted old messages in order to make room for new ones to spy on) and the families of victims of the 7/7 terrorist attacks. The paper also bribed cops, and Scotland Yard is still contacting additional potential victims of phone hacking with the cooperation of a private investigator retained by News of the World to perform the hackings.

As Michael Calderone points out, this 5-year-old scandal was easy to ignore when the victims were just famous people. But once murdered schoolgirls get involved (and once it becomes apparent that the practice spanned multiple editors and was probably condoned by News Corp higher-ups), it starts getting bad for your bottom line.

The Financial Times puts the blame on Murdoch himself, who thus far has declined to dismiss anyone as the allegations pile up. And whether or not he personally condoned the hacking, it's his corporate culture -- the same corporate culture that allows Roger Ailes and Col Allen and, for a time, Judith Regan to run amok -- that enabled the practice.

Here in the U.S., Murdoch's New York Post -- edited by Col Allen -- is currently being sued by the woman who accused Dominique Strauss-Kahn of rape, because the Post -- relying solely on unnamed anonymous sources -- called her a "hooker." In huge, screaming, million-point text, on the front page last Saturday. The paper also repeatedly called the maid a "prostitute" and even accused her of "turning tricks on the taxpayer's dime," claiming she continued to act as a hotel prostitute while under the supervision of the District Attorney's office. While other newspapers have reported on the woman's "credibility" problems, not one has so definitively and matter-of-factly accused her of being a "hooker," let alone one whose union assigned her to the Sofitel in order to maximize their prostitution revenue.

And this is just the most egregious example of journalistic malpractice by the Post lately. (Just look at this July 4 column by star Post political reporter Fred Dicker, headlined "Obama to Ask Cuomo to Be 2012 Running Mate: Sources." The "sources" are two old former pols with no connection to the White House or Cuomo, and they are both idly speculating.) The paper has also regularly been accused by former employees of sexism and racism.

And the Post's gossip column, Page Six, is home to the sort of favor-trading (celebs and people close to Murdoch receiving "protection" in exchange for tips and concessions) and unethical newsgathering practices (Google "Jared Paul Stern") that define the British Murdoch papers.

This is not even to mention Fox News, where the sex and scandal (though still very prevalent) take a backseat to the politics (and the race-baiting, and the misinformation), thanks to the stewardship of paranoid right-wing former Nixon propagandist Roger Ailes, who's allowed to operate as irresponsibly as he pleases with Murdoch's full blessing.

In other words, the practices of News of the World are an outlier, but not an anomaly, for News Corp.