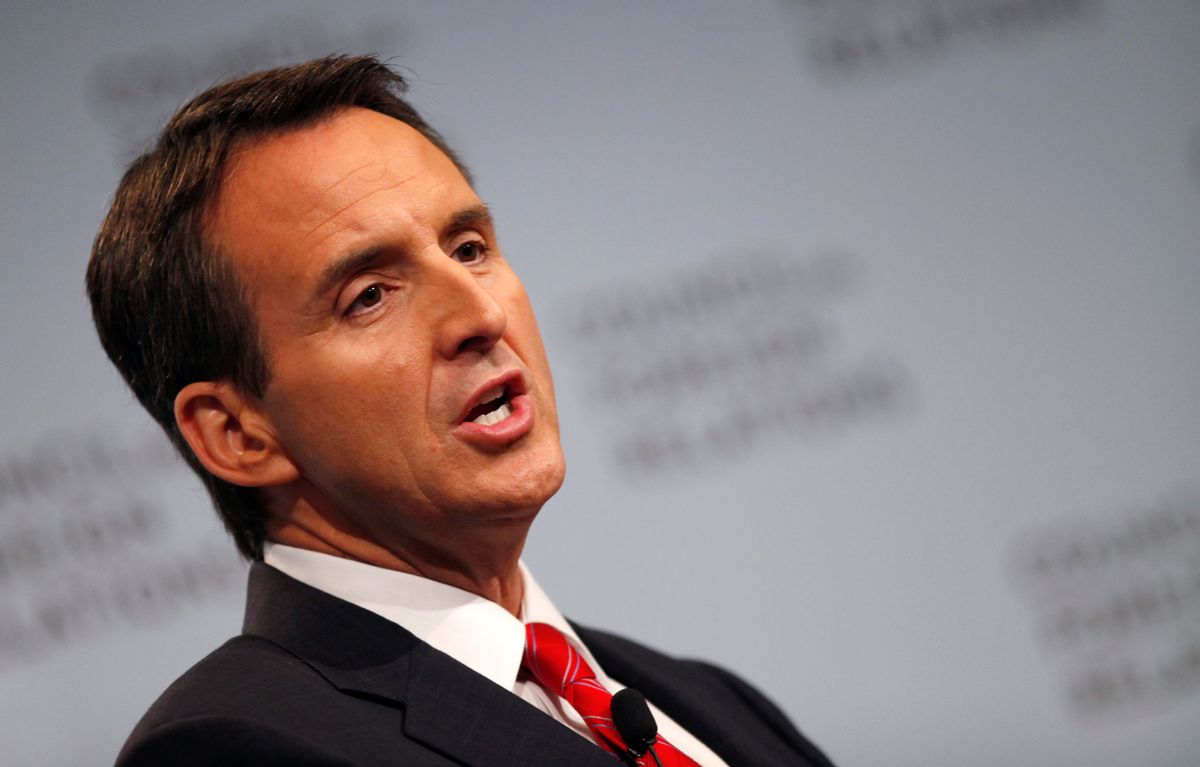 Former Minnesota Governor and candidate for the 2012 Republican Presidential Nomination Tim Pawlenty speaks during a question and answer session at the Council on Foreign Relations in New York, June 28, 2011. Pawlenty is battling to break out of the pack of Republican contenders for the party's 2012 presidential nomination, but was struck a blow this week when a Des Moines Register poll found he only had 6 percent support among Iowa Republicans. REUTERS/Mike Segar (UNITED STATES - Tags: POLITICS) (Reuters)
--

As Ben Smith notes at Politico, "Today is a big day for early Pawlenty obituaries."

The Huffington Post is featuring a lengthy exploration of the former Minnesota governor's political roots, complete with a damning quote from one of his mentors, former Sen. Dave Durenburger, who concludes that Pawlenty "may not exactly have been made for these times," while the Wall Street Journal's Neil King suggests that Pawlenty may be more of a local figure than a national one. And the candidate himself seems to be dialing back expectations, pushing back against suggestions that his hopes depend on a breakout showing in Iowa's lead-off caucuses.

Here is where we insert the customary disclaimer about how early it still is, how fortunes can change in a flash, and how past candidates have been written off at this same point only to spring to life and roll to victory. It almost exactly four years ago, in fact, that political analyst Charlie Cook wrote of then-GOP candidate John McCain:

For all intents and purposes, McCain's campaign is over. The physicians have pulled up the sheet; the executors of the estate are taking over. Paying bills and winding down -- not strategizing, organizing, and getting a message out -- will be the order of the day.

That said, I'm feeling increasingly confident in what I wrote last month: There was a potential opening for Pawlenty at the start of this cycle, but he has proven himself fundamentally ill-suited to seize it.

Meanwhile, Mitt Romney -- the man Pawlenty hoped to supplant as the default choice of general election-minded Republican Party elites -- has made impressive strides toward easing doubts within the party about his own viability. Remember earlier in the year when his Massachusetts healthcare law (and his refusal to apologize for it) was supposedly going to doom Romney? Funny how we're not hearing much about that anymore. Instead, Romney has opened a massive lead in New Hampshire polling, is holding his own in Iowa (running neck-and-neck with Michele Bachmann at the top of polls there), and just posted some healthy (if not overwhelming) second-quarter fundraising numbers.

The unspoken premise of Pawlenty's campaign has been that Romney is simply unacceptable to too many important factions of the Republican Party -- and that once party elites realize this, they'll turn to Pawlenty, who meets the activist base's various litmus tests and is generic enough to be a "safe" general election candidate. Other than that, he really doesn't have much to offer -- no fun, lively or exciting personality or rhetoric, no inspiring life story, no big ideas. He doesn't stand out in a crowd; he blends in.

So yes, it's still early and there's still time for Pawlenty to suddenly catch fire. But he seems to lack the basic ingredients needed to make it happen. Otherwise, he would have found at least some traction earlier this year, when Romney seemed to be flailing. His failure to do so probably helped Romney to right his ship and also may have encouraged Rick Perry -- who, if he runs, will be aiming to fill the same basic role that Pawlenty has been auditioning for -- to reconsider the race.

I'll say it again: Tim Pawlenty is looking like the Phil Gramm of 2012 -- the guy who looks really good on paper, but not as an actual candidate.