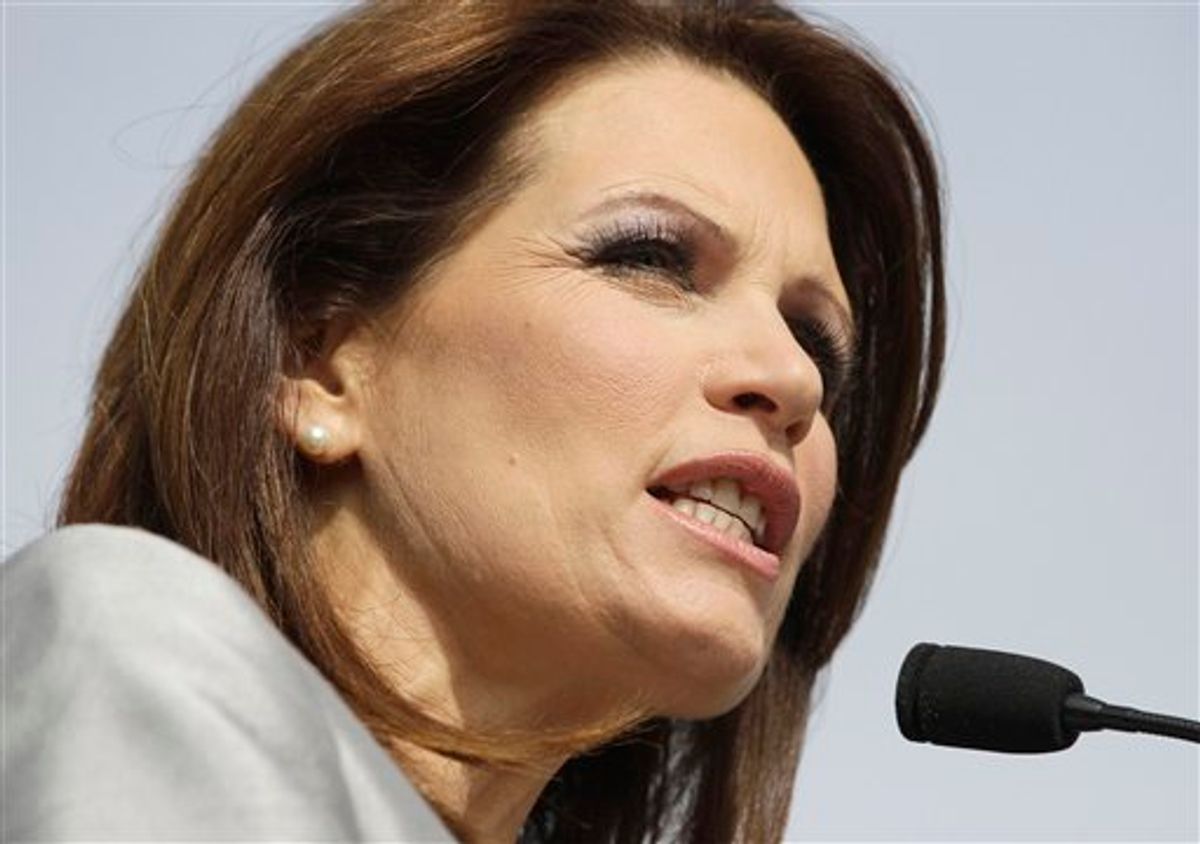 In doing so, she unknowingly strayed from pro-Israel standard parlance: In using the term "Palestine" as opposed to the more standard "Palestinians" she inadvertently implied the existence of Palestine as a place -- something pro-Israel hawks are loath to do.

Indeed the wording in Resolution 268, which Bachmann was referring to, specifically mentions negotiations between Israel and "the Palestinians". The term "Palestine" comes up only once in the document (which you can read here) and it is in reference to the Palestine Liberation Organization, not to Palestine per se. And as TPM notes, the resolution is in fact "more focused on denouncing three things: A potential unilateral declaration of statehood by the latter; the upcoming effort to seek recognition at the United Nations; and the involvement of Hamas in the Palestinian unity government."