Battle of the embarrassing GOP spouses

Marcus Bachmann versus Callista Gingrich: Who will more regret their significant other's decision to run? 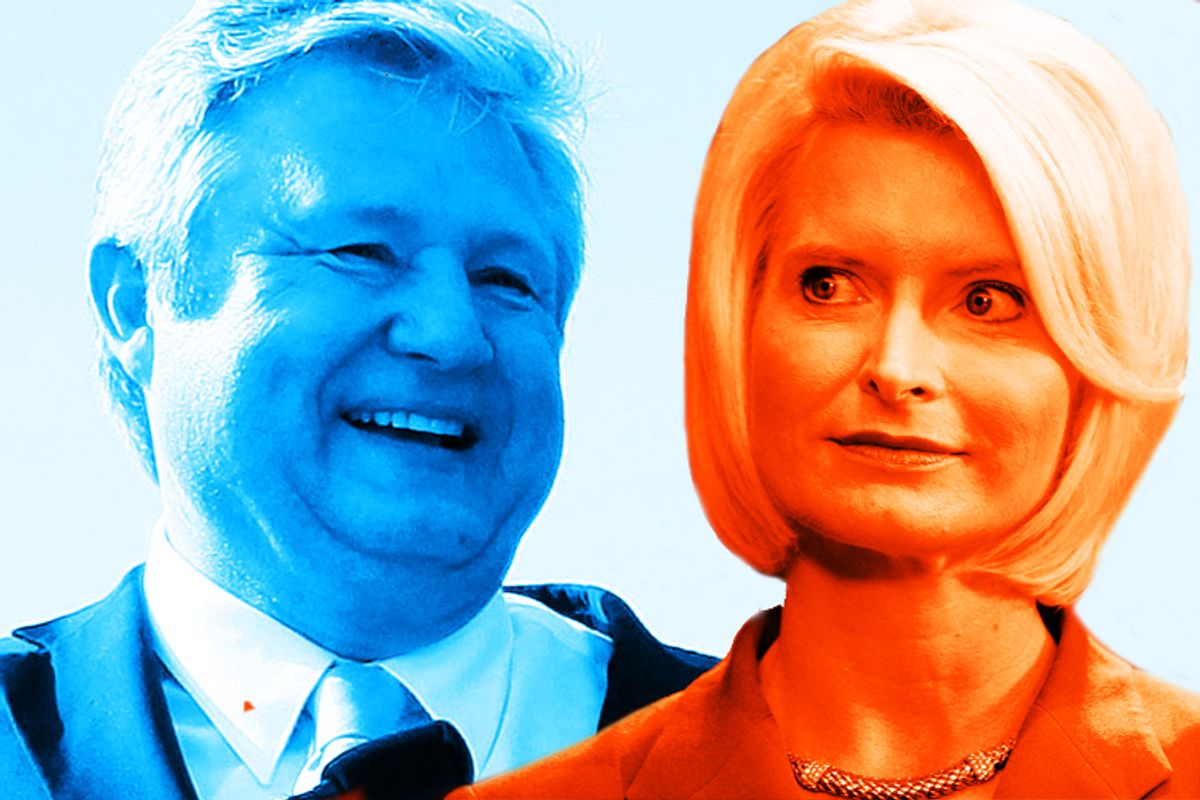 Did you read that wonderful Washington Post profile of Rep. Michele Bachmann's husband Marcus? Breaking: Guy really hates gay people, just like his wife, who is currently catching up to Mitt Romney in the polls. In order to justify writing about him, there is some talk about how he calls himself the candidate's "strategist," but this is really just your typical presidential election "look at this crazy spouse" article. Welcome to the club, Marcus Bachmann! Will you unseat Callista Gingrich as this cycle's weirdest loved one not running for anything?

The most wonderful part of every election season is when political reporters and commentators get bored with examining candidates' positions, records and biographies, and begin focusing on how weird or weirdly not-weird their families are. There is generally a mass display of truly astounding sexism that is occasionally followed by news about the candidate's offspring getting drunk or smoking weed or being pregnant. It's fun for everyone, besides the people insane enough to want to run for national office.

Sometimes a candidate emerges unscathed: Mitt Romney's perfect square-jawed Mormon super-family is weird, sure, but there aren't really specific details of weirdness to latch onto, besides the fact that the candidate thought the story of the time he tortured his dog was  funny and not horrifying. Tim Pawlenty says weird things about his wife, but she seems perfectly normal (for an evangelical right-winger, obviously). Who even knows if Herman Cain has a mate. (His is married to his work, by which I mean he is married to pizza.)

But Callista Gingrich is sort of a classic Republican candidate spouse type. She isn't his first wife, like most of the rest of them. She was once his mistress, like Judith Giuliani. She's very, very blond, with a bit of crazy-eye, like Cindy McCain. And like all classic campaign wives, many of her husband's obvious, glaring failings can be blamed on her. Gingrich's laziness and unwillingness to actually campaign? Callista's fault! His hilarious Tiffany and Co. spending habit? He had to buy his wife baubles! She's got some sort of magical hold on him that makes him go on cruises instead of going to New Hampshire!

Callista Gingrich has been the break-out star of the 2012 campaign dragging-the-family-through-the-mud-off. Like Laura Bush and Cindy McCain, she's been described as "reserved," which just means "hating the entire degrading circus act that is a modern political campaign, like any normal person would." She has already been blamed by professional political consultants for their candidate's horrible failure, something that usually doesn't happen until after the election. And her husband cannot stop buying her diamonds, apparently. Half of "Game Change 2" just wrote itself!

But Marcus Bachmann! He's a true star. It's about time a husband got some humiliating scrutiny. (Todd Palin just got the regular line that all female candidates get about how he secretly runs the campaign and is the real boss of the operation.) It helps that Mr. Bachmann is worth hating for reasons that go beyond who he's married to: He runs a creepy "pray-away-the-gay" clinic that's pretty clearly operating in violation of its government contract, which specifies no proselytizing. He calls gay people "barbarians" who need to be "disciplined." He's obviously a horrible bigot doing god-knows-what to the poor gay kids sent to his quack clinic. (And the ultra-religious adults struggling with their attempt to deny their totally natural urges.)

The fun thing, though, is that everyone is treating Bachmann like a candidate's wife. Because ... uh ... have you seen this video? And longer, older one? He is anti-gay closet case direct from central casting. It almost doesn't matter whether he prayed away his own homosexual urges or not, he sounds like Buddy Cole.

Of course every attack on Michele Bachmann only makes her stronger. So laugh it up, liberal homosexual media elitists! Marcus Bachmann will soon be disciplining all of us barbarians, from the White House.