A strong, graceful finish for "Men of a Certain Age"

The Season 2 closer leaves the leads at crossroads; Andre Braugher and Richard Gant steal the show 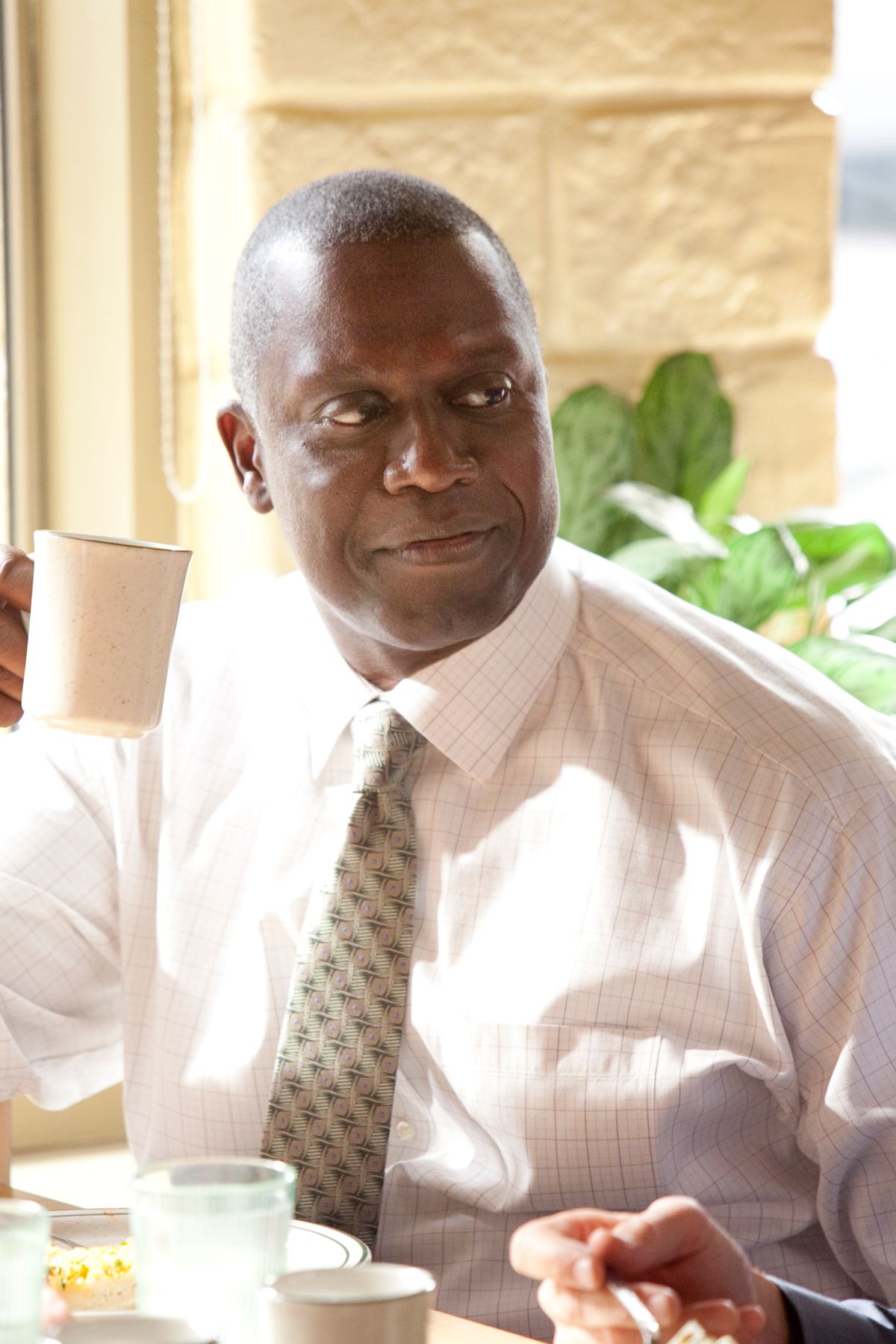 Andre Braugher on "Men of a Certain Age."
--

It might sound funny, given what a laid-back show it is, but I can't wait for the new season of "Men of a Certain Age." As last night's second season finale proved, it's one of the best shows on TV, and it has a humility that's truly endearing. There's a lot of wisdom in it, yet it carries itself as if it's just fumbling around trying to make sense of things. And it routinely demonstrates the sort of grace that Joe (Ray Romano) displayed as he tried and failed to qualify for the senior tour. (And I loved how they kept the camera far back from Joe and let the shots play out without cutting, so that you could see that he was, in fact, a good golfer.)

All three of the major characters are at crossroads, trying to make peace with their vulnerabilities -- by which I mean their age. Joe might have been permanently disabused of the urge to gamble or make book after getting the crap kicked out of him by Manfro the bookie (Jon Manfrellotti) near the end of last week's episode, a scene which confirmed that Manfro isn't one of those cute sitcom bookies, but is in fact a scary man with an explosive temper. (I'm not sure which of his lines was more chilling: his "Look what you made me do!" after knocking Joe's tooth out, or what he said when he returned: "You know you can save the tooth sometimes if you go to the dentist right away. And put it in milk!")

Joe's 50th birthday hit him harder than he let on to his friends. He didn't seem to be buying the interpretation of his senior tour experience as a "Rocky"-like athletic defeat that doubled as a victory for the human spirit. It stinks chasing a dream for months, getting it within your grasp, and falling short; it reminds you of other areas of your life that are lacking. When Joe called up the dental hygienist Dory (Sarah Clarke), it struck me only partly as an attempt to reconnect with a potential lover; it also seemed like confirmation that he missed having a mate to share powerful experiences with and was unconsciously designating Dory as a substitute. Can this man ever find love again? It's not just a matter of hooking up with the right person; you also have to be able to open yourself up to them. Joe is so guarded, so terrified of being vulnerable, that I wonder if he's still capable of that.

Terry (Scott Bakula), meanwhile, has grown up and yet hasn't. It's great that he had a realization during the shooting of that car commercial and figured out that he had a talent for directing and could segue out of acting and pursue it. But it was adolescent of him to quit his job with Thoreau Chevrolet in the first place, and do it without consulting his girlfriend Erin (Melinda McGraw). She got together with him partly because she felt reasonably sure that he could be a grown-up, finally, at age 50, and he goes and pulls a stunt like that.

As is so often the case, Owen (Andre Braugher) got the episode's most memorable and powerful scenes. The relationship between him and his dad, Owen Sr. (Richard Gant) is painful, complicated and true, and you got to see a lot of its levels explored in the finale. The confrontation with the pissy, bullhorn-wielding customer in front of the dealership -- the son playing diplomat, the furious father smacking the bullhorn out of the customer's hand -- was look-away-from-the-screen unpleasant, in a good way. ("Men of a Certain Age" has almost no violence, and the little that there is is low-stakes, but it stages it terrifically well; Manfro's rampage in last week's episode and Owen Sr.'s tantrum in this one were as unnerving to me as the bloodiest action in "Game of Thrones.")

Owen Sr.'s petulant anger over his own perceived irrelevance is upsetting to watch -- not just because I hate to see Owen Jr., an intelligent and sensitive man, treated like a child, but because the older man's apoplectic rage hints at the life that any of the show's three main characters might fall into if they're not careful. Owen Sr. tried to sell the failing car dealership not just to save his son some agita, but to prove it was still his to sell -- that he was still the alpha dog and could do what he damn well pleased. The follow-up scene between the two Owens was quieter but just as strong, and the shot of the father holding the son's hand after humiliating him beyond all measure was one of the most complex and moving close-ups I've seen on TV this year. "It's just business," is what people always say when they've made a business decision for personal reasons and are trying to evade the emotional consequences.

What a great show.