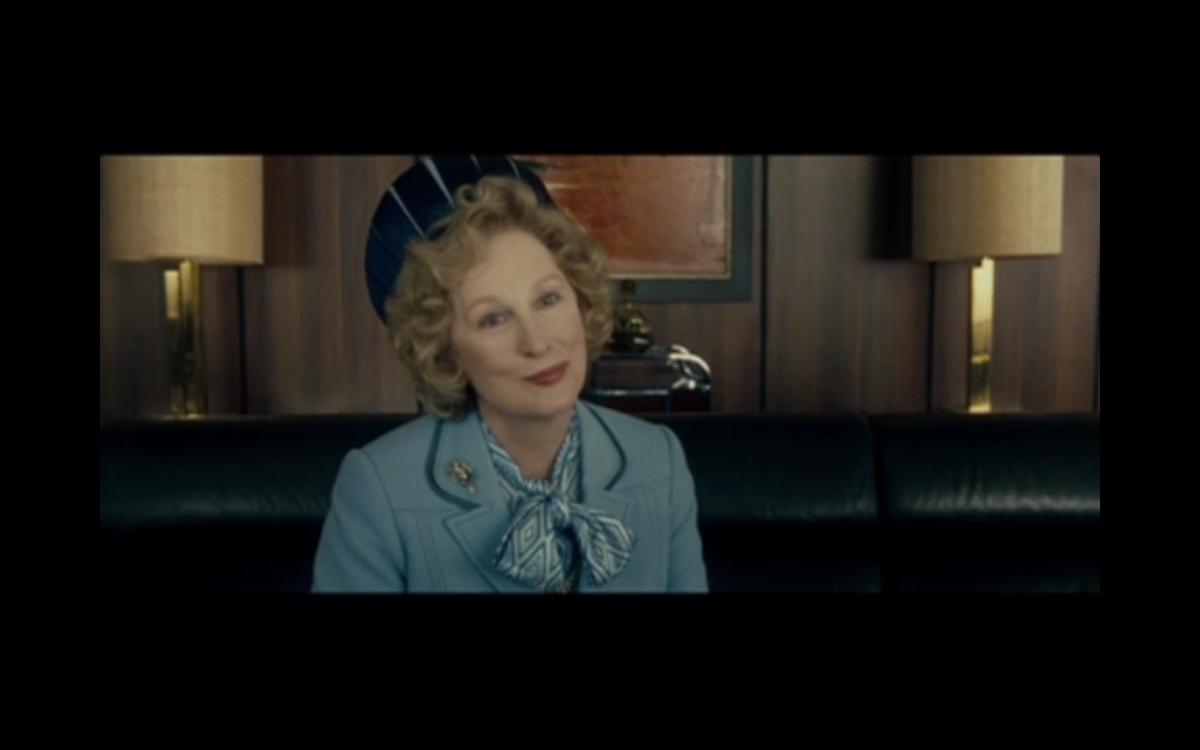 The highly anticipated first trailer for Meryl Streep's upcoming performance as Margaret Thatcher -- in a Phyllida Lloyd film, "The Iron Lady," set to be released in America on December 16 -- is now available. Here's the actress taking a crack at Thatcher's famously distinctive accent [from BBC Breakfast via the Huffington Post]:

The trailer scene refers to the political makeover Thatcher underwent at the hands of image advisor Gordon Reece in the run-up to her election as Prime Minister. Before she was counseled to avoid wearing conspicuous hats in public, Thatcher frequently sported over-the-top, even candy-like creations; you can hear a 1971 BBC radio broadcast about the stereotypes associated with "Tory Ladies" and their hats -- in which Thatcher herself is featured -- here.