A Georgia Republican proves how very clever and good at legislating he is, in The Corner 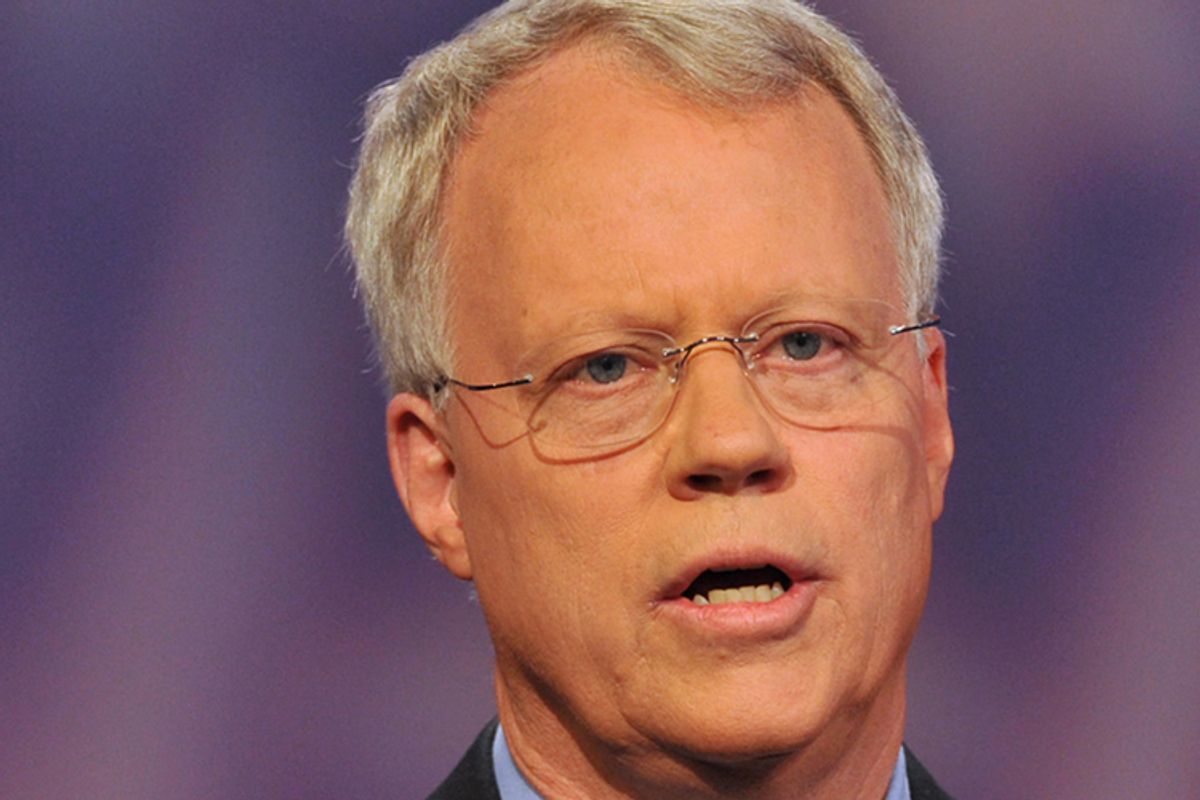 Rep. Paul Broun (R-The Confederacy) has a plan for the debt ceiling. A plan that could change everything. He discussed his plan in the National Review's The Corner earlier today, and I think you will find it to be very serious and sober and realistic.

Boun, the guy who laughed when a town hall attendee asked, "Who's going to shoot Obama?" and the guy who compared healthcare reform to "the war of Yankee aggression," and the guy who refused to sit with a member of the Democratic Party during the last State of the Union and chose instead to angrily tweet from his office throughout the entire thing, has come up with a plan so brilliant in its simplicity that I'm astounded that some other teabagging good ol' boy troll congressman didn't come up with it first: Lower the debt ceiling.

Today, I introduced a unique bill that goes in a completely different direction than everything else we’ve been hearing out of Washington. It would force politicians to start practicing what they’ve been preaching by lowering the debt ceiling from $14.3 trillion back down to $13 trillion. Admittedly, this is not your run-of-the-mill kind of law, but it would make it imperative for Congress to think outside of the box and come up with ways to pay off a portion of our debt while drastically cutting back spending. Since 1996, the national debt has increased by an inexcusable $8.79 trillion. I firmly believe that this calls for emergency measures to reduce the debt.

Yep! That is Rep. Paul Broun's proposal. America should make it so that we have already defaulted on our Treasury debt. We should retroactively blow up our economy, in the name of fiscal responsibility.

The best part isn't even that this patently idiotic piece of fantasy-legislation (hell if the liberals wanna raise the debt ceiling I say we should lower it!!!) was proposed by an elected member of the House of Representatives, but that the people in charge of the homebase of the supposed intellectual wing of the conservative movement thought it was so clever that they invited the bill's author to write a little blog post explaining his idea, to their readers. "Hey, this Confederate-sympather back-bencher moron is on to something!!"