The world's 193rd, and newest, country made it official at midnight, local time 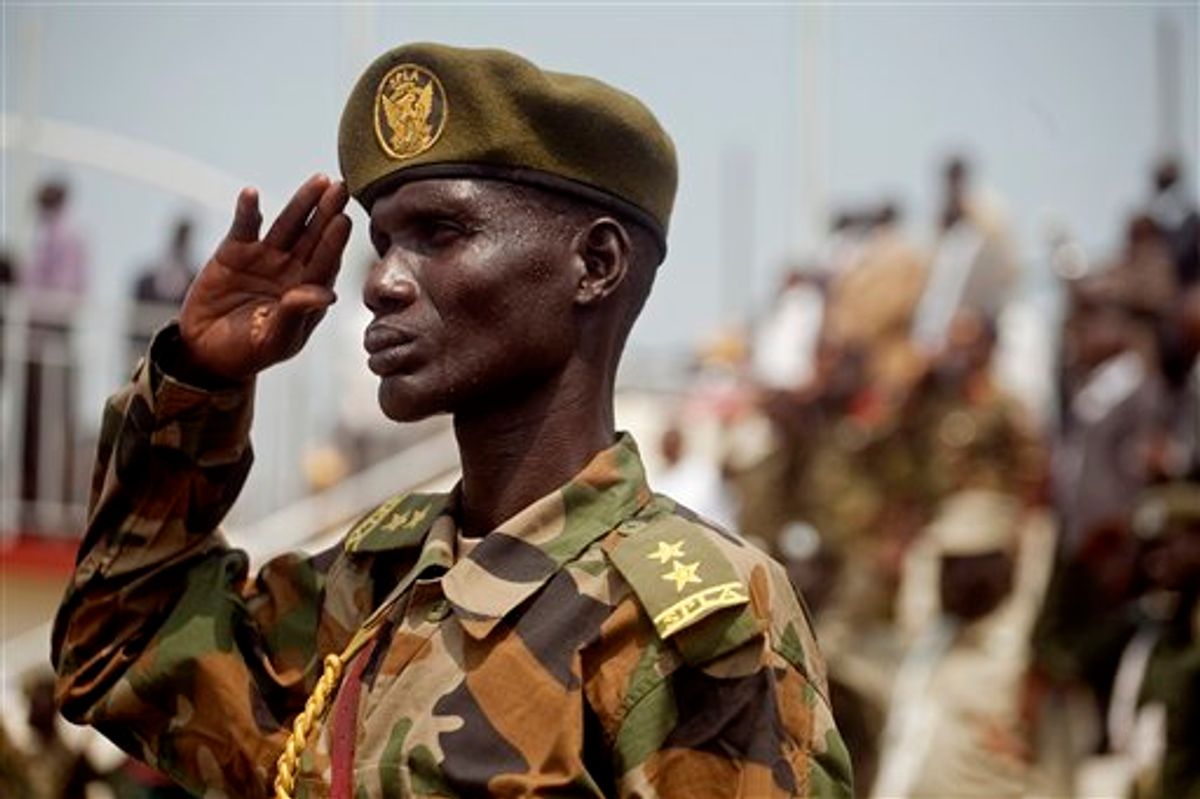 A Southern Sudanese soldiers stands at attention during the national anthem during an independence rehearsal procession in Juba, southern Sudan on Thursday, July 7, 2011. The Government of Southern Sudan is making lavish preparations to celebrate its declaration of independence from the north on Saturday, July 9th. The south's secession comes after decades of brutal civil war between north and south that resulted in more than two million deaths, most of which were southerners. (AP Photo/Pete Muller) (AP)
--

South Sudan is the world's newest nation, officially breaking away from Sudan after two civil wars fought over five decades.

In the new country capital, Juba, residents are dancing in the streets, banging on drums and chanting the name of the country's president, Salva Kiir.

South Sudan earned independence at 12:01 a.m. local time Saturday, after voting overwhelmingly in January to form its own country.

That vote was guaranteed in a 2005 peace deal that ended the most recent north-south war.