A design meme for neat freaks 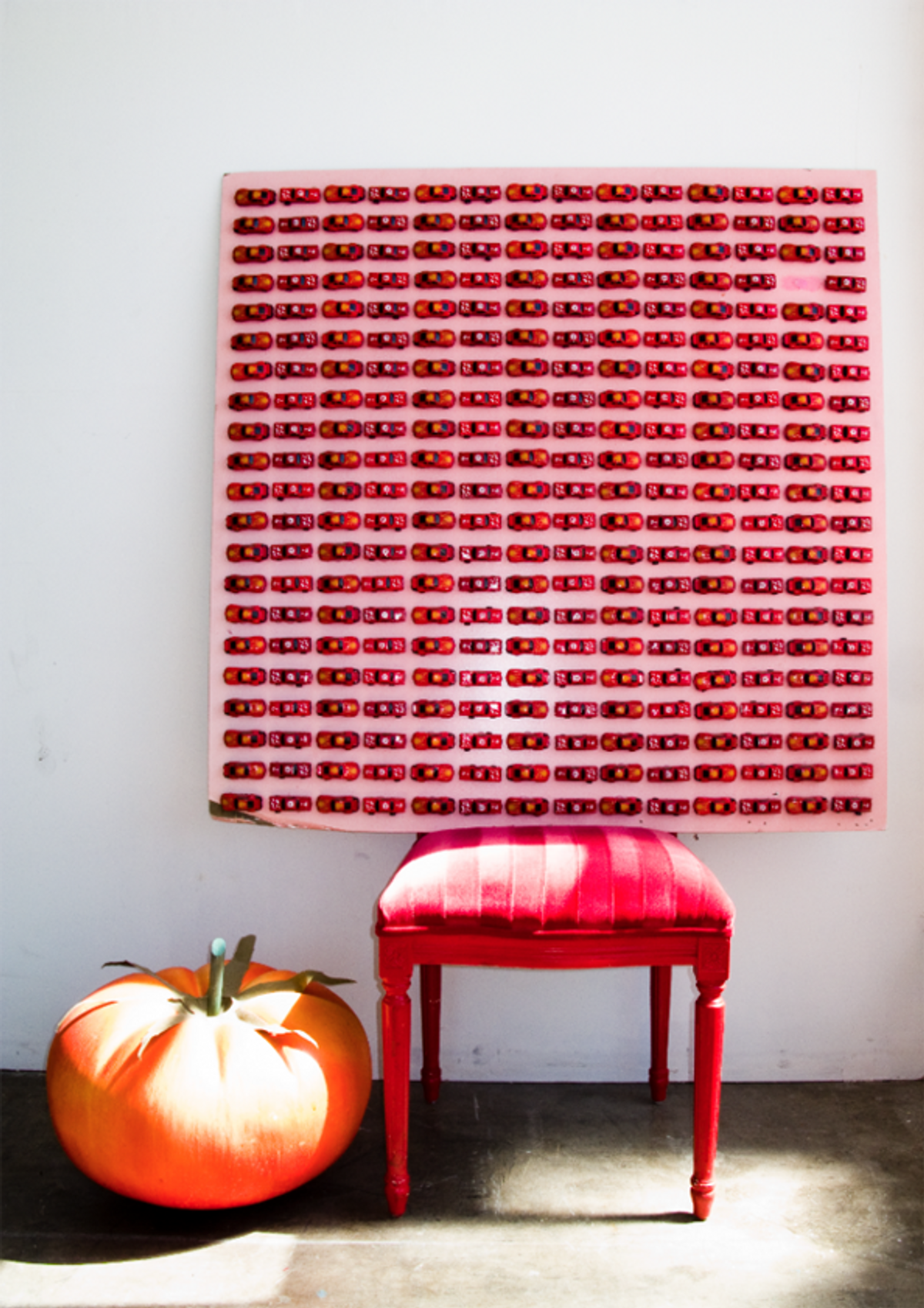 I just watched "A Selby Film"; I love the brain of Tom Sachs. I feel that this guy is a much more mature and organized version of myself. Holy crap, does he speak to me.

In a nutshell, Tom Sachs inspires me to keep on doing what I am doing.

Sometime I just do it by color when the items don't really have a purpose but I still want to see them, like in my closet or shelves and as in the above shot by Sam Octigan.

We have all seen this piece below, I am sure, and I have always loved it, but now when I find it in my image search for knolling I love it even more. It all makes sense. I am obsessed with order, and it has a name! How is it that I had never heard of knolling?

About 15 years ago I started a phase in my life of doing large painted canvases covered in organized grids of same objects (usually race cars -- my favorite palindrome besides hannah). I refused to call it art; I just needed to get it out of my head so I could move on and think about other things. I don't have many photos since it was a pre-digital-camera time for me, sad excuse I know...

Some drunk girls shot this one up with a BB gun, unfortunately, so it looks pretty beat up. Note the holes in the corner. I am not kidding.

I still put this in front of the piano when it is out of tune so people don't play it. It is the symbol for "please come over and tune my piano."

So it is nice to know that there is such a thing as knolling. Nothing makes me happier than seeing like objects grouped together in an orderly fashion. What I once thought was some sort of affliction, I now know is just my system. Maybe there are conventions out there for people like us, like OCD Trekkies or something.