Behind the News of the World's demise 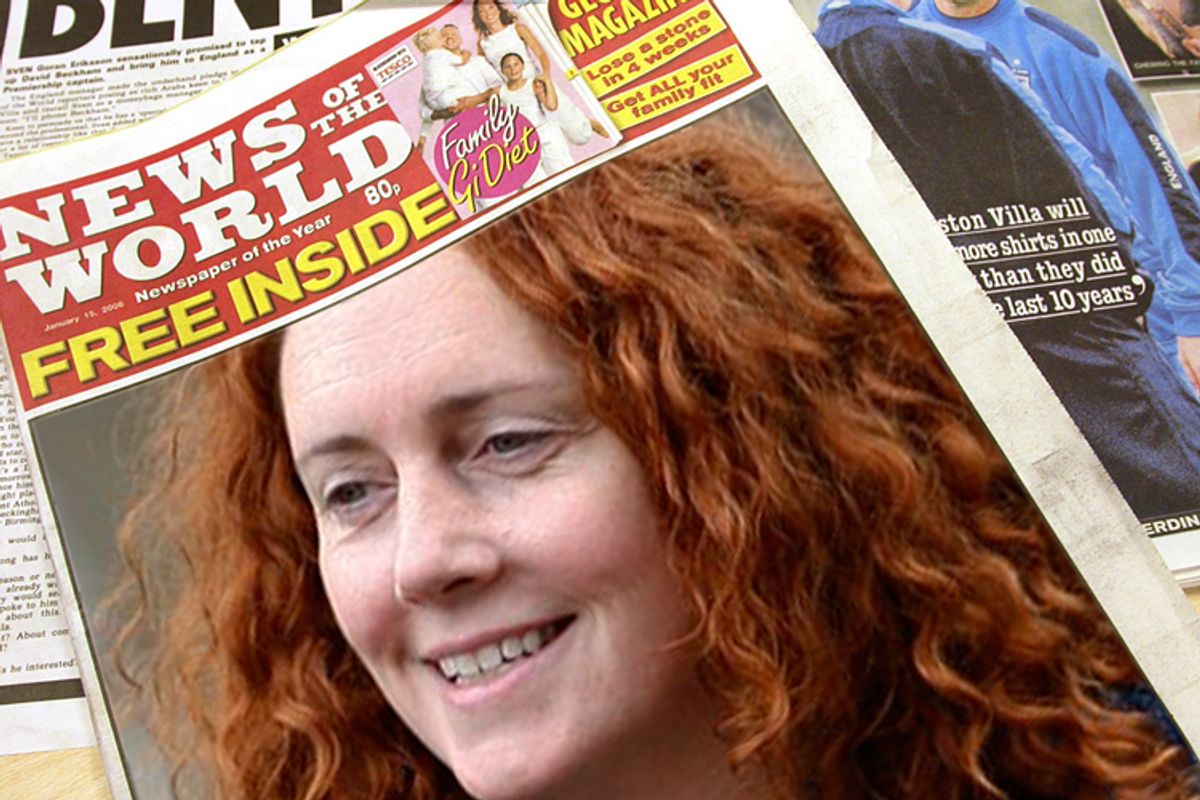 The British phone-hacking scandal that captured international attention this week has been brewing steadily for years; it finally came to a head on Thursday when James Murdoch made the stunning announcement that the News of the World -- a 168-year-old tabloid owned by News International -- would publish its final edition on Sunday. The press -- and the Twitterverse -- convulsed.

If you're looking to get up to speed with the news, we've collected links to some interesting and informative features:

This slideshow gives the basic outline of the phone-hacking scandal, from 2005 -- when Buckingham Palace first voiced suspicions that royal voicemails had been compromised -- straight through to this week.

A useful guide to the most important characters in the phone-hacking conflict -- from media magnate Rupert Murdoch and British Prime Minister David Cameron to private investigator Glenn Mulcaire and Milly Dowler, the murdered schoolgirl whose voicemail was allegedly hacked by the News of the World after she went missing in 2002.

"Rupert Murdoch has four daughters, but sometimes it seems like there are five. The one who looms largest in his life is not a Murdoch by birth, but a tough social climber from Cheshire who is easily recognisable by her long flame-red hair and is now grappling with the biggest crisis of her career." The backstory of the woman at the epicenter of this week's public reckoning.

A reel of clips showing tabloid executives -- including Andy Coulson (once David Cameron's communications chief) and Rebekah Brooks -- squirming as they are questioned by parliamentary committee members. Watch out for a brief, evasive statement by Rupert Murdoch on Fox at the end.

A gripping transcript and audio recording of the actor's conversation with a News of the World hack turned pub owner, recorded (deliciously) on the sly this past April.

This compelling slideshow whisks us through the British tabloid's 168-year history, from the smoky, male-dominated newsrooms of yesteryear to modern writers consoling each other at the pub after the announcement of the paper's demise on Thursday.