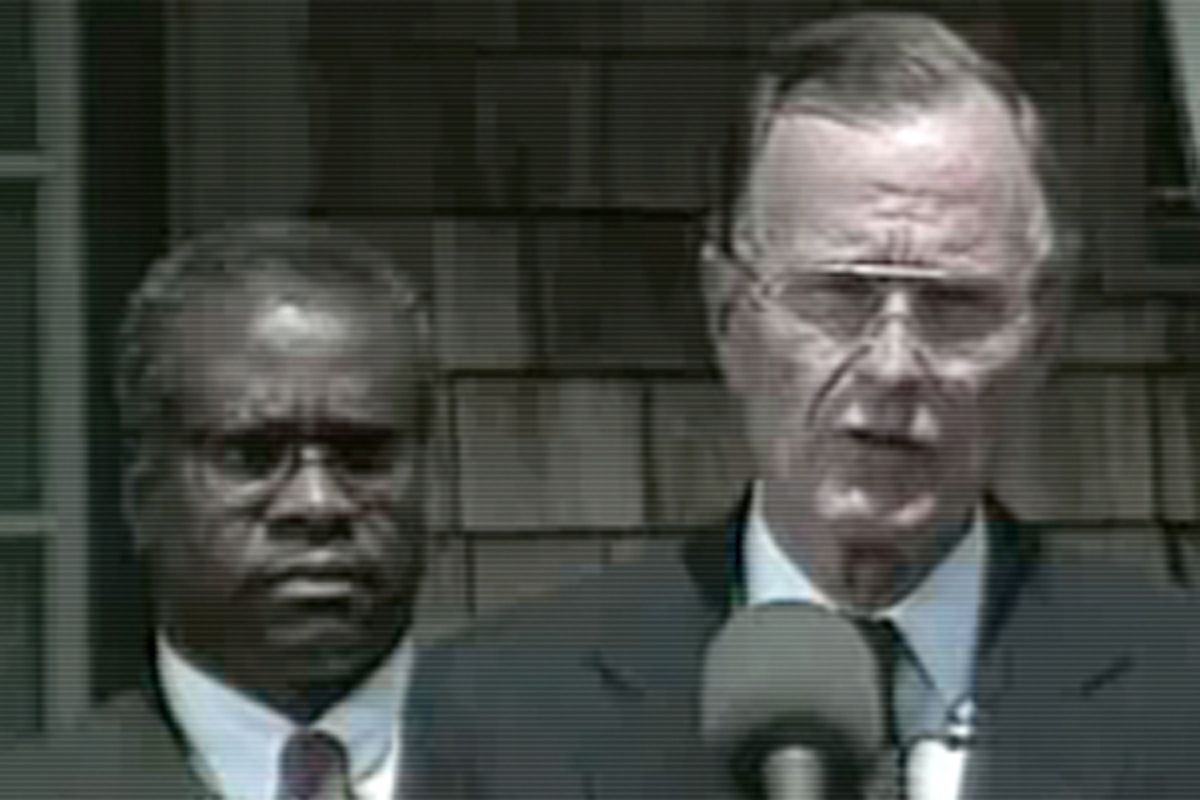 Most Americans had never heard of Clarence Thomas when President George H.W. Bush nominated him for the Supreme Court 20 years ago this month. Bush, who announced his pick in Kennebunkport, Maine on July 1, 1991, called the thinly credentialed Thomas the "best qualified" person for the seat vacated by retiring Justice Thurgood Marshall, a giant of the law who had argued the landmark Brown v. Board of Education case and was the Court’s first African-American justice.

Thomas had only been a federal judge for a year when Bush tapped him for the Supreme Court, and the gap in stature compared to Marshall, the man he would replace, set the terms for the rancorous fight that followed. Democrats charged the White House with playing racial politics with an unqualified candidate on the assumption that they wouldn’t dare oppose an African-American.

The media covered Thomas as though Bush had plucked the 43-year-old from obscurity, but Washington’s legal community was not surprised by the nomination. "Everyone assumed when Thurgood Marshall resigned, the seat had to be filled by an African-American," said Nan Aron, president of the progressive Alliance for Justice. "When Thomas went up for the DC Circuit, we knew it was a done deal. He was groomed for the seat."

Republicans saw a political opening, thinking they could win over some voters with what Bush viewed as an historic appointment. Thomas’ race mattered, but he was chosen as much for his reliable conservative ideology as the color of his skin. The rallying cry then was "No More Souters," recalled Aron, referring to Justice David Souter, who Bush had appointed to the Court the previous year, and whose voting record was looking very liberal and angering the GOP’s conservative base.

With Thomas, the White House felt they had a conservative they could count on. His work as a political appointee at the Equal Employment Opportunity Commission and the Department of Education was antagonistic to civil-rights, and he had no legal track record of consequence, no writings that the opposition could pick apart, and no known opinions about Roe v Wade that could trip him up.

From the White House perspective, Thomas was the natural person to fill the Marshall seat. Former Republican Senator Jack Danforth, who had given Thomas his first job out of Yale Law School and whose support would prove pivotal, recalled in a recent phone interview that "the vice president (Dan Quayle) called me and said, 'Would you do for Clarence Thomas what (New Hampshire Senator) Warren Rudman did for David Souter,' which was all out support, which I did."

Asked if 20 years later he has any regrets, Danforth said, "No, None," adding that he is "terribly proud" of Thomas and the way he has performed as a justice, and, like Thomas, still angry and embittered over the way he was treated in the confirmation process. "What was he accused of -- talking dirty?" Danforth said, "that was it -- and the same people who would defend President Clinton for having sex with an intern in the Oval Office were all over Clarence Thomas for allegedly saying something. It was an outrage, an abomination."

Even before Anita Hill, a law professor who had worked with Thomas testified about his inappropriate remarks, the politics had spun out of control. The reason, says Danforth, was Roe v. Wade and the determination on both sides to block any justice that would vote the wrong way. When the stakes are that emotional, there are no rules, he says, even now lamenting the fact that Thomas with his reputation on trial on national television did not have legal counsel "compared to the quality of defense for somebody like Casey Anthony."

These are fighting words to the other side, where progressives like Nan Aron point out there were other issues than a few off-color remarks that caused concern about Thomas, from ethical lapses to his undistinguished legal record. The American Bar Association gave him a mixed rating, and President Bush, after initially declaring him the "best qualified person" he could find, quickly dropped the phrase. Thomas was confirmed on October 15, 1991 by 52 to 48, garnering the fewest votes of any justice in more than a century.

The passage of time has not softened attitudes on either side. Thomas called the searing experience a "high-tech lynching," and remains a distant and silent figure on the Court. His memoir, "My Grandfather’s Son," published four years ago, reveals a life of real and perceived slights, along with towering grudges.

He rarely speaks in oral arguments, which his critics interpret as a sign of inferior legal acuity. Danforth says that Thomas told him that he thinks that time belongs to the lawyers arguing their case before the Court. For many, it’s the high point of their career, and he doesn’t like to interrupt. He has offered other explanations, including insecurity about his Pin Point, Ga. accent dating back to when he navigated the elite environs of Yale and the East Coast governing class.

Thomas' confirmation, painful as it was for both him and his principal accuser, generated enough outrage among women to elect a record number of women to Congress the following year. A lot has changed in 20 years, and Thomas is no Thurgood Marshall, which is exactly what Bush intended. For conservatives, Thomas is the gift that keeps on giving. Having just turned 63, he could well be there harboring his resentments as an anchor on the right for another 20 years.

Eleanor Clift is a contributor to Newsweek and the Daily Beast, and a panelist on "The McLaughlin Group."