America withholds one-third of annual military assistance, as some warn of unintended consequences 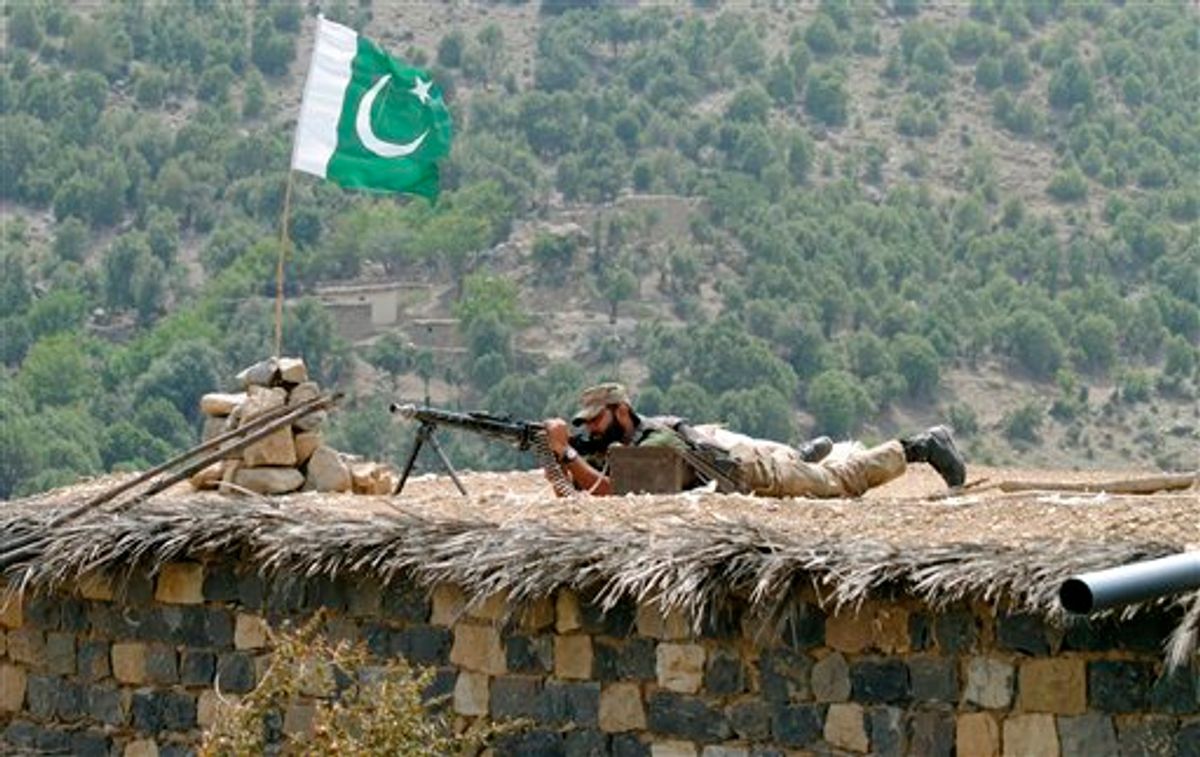 The decision to suspend more than one-third of American military aid to Pakistan could end up hurting Washington more than Islamabad as the U.S. seeks to navigate an end to the Afghan war and defeat al-Qaida, former Pakistani officials and analysts warned Monday.

Holding back the $800 million in aid is unlikely to pressure Pakistan to increase cooperation with the U.S. and could strengthen those in the government who argue that Washington is a fickle ally who can't be trusted, they said.

"If you still need the relationship, which clearly the United States does, then it really doesn't make sense to take action at this time because it leaves the United States with less, not more, influence with the Pakistani military," said Maleeha Lodhi, a former Pakistani ambassador to the U.S. "Cooperation cannot be coerced by punitive actions."

Despite billions of dollars in American aid since the attacks on Sept. 11, 2001, the relationship has long been tense because of Pakistan's reluctance to target Taliban militants on its territory who stage cross-border attacks against NATO troops in Afghanistan.

The relationship took a nose dive on May 2 when U.S. commandos staged a covert raid to kill al-Qaida chief Osama bin Laden in a Pakistani garrison town not far from Islamabad. The raid humiliated the Pakistani military, which ordered U.S. trainers out of the country and reduced bilateral cooperation.

The lack of trainers means that planned U.S. equipment cannot be put into service, which reduces some of the needed aid. Also, about $300 million from the trimmed aid was intended to reimburse Pakistan for the cost of deploying troops along the Afghan border.

But U.S. officials claim that Pakistan has not lived up to pledges to uproot and disrupt Taliban militants and suspected al-Qaida factions in the border region.

President Barack Obama's chief of staff, William Daley, said Sunday that the U.S. was suspending $800 million in aid to the Pakistani military until the two countries can patch up their relationship.

But Tariq Fatemi, another former Pakistani ambassador to the U.S., said he thought the American strategy to pressure Pakistan was destined for failure.

"I think it is unwise to expect the Pakistanis to buckle under what is a publicly delivered snub," said Fatemi. "It will strengthen those elements in the armed forces that have always had grave misgivings of the relationship with the United States."

Many Pakistanis have never forgiven the U.S. for slapping sanctions on the country in 1990 because of its work to develop a nuclear weapon. The decision came only a year after Pakistan and the U.S. were successful in a decade-long quest to drive the Soviets out of Afghanistan.

The sanctions left many Pakistanis with a sense that the U.S. was only interested in a "transactional" relationship that it could abandon once its interests were served.

Fatemi, the former ambassador, said the U.S. decision appeared to undercut claims by Obama administration officials that the U.S. was interested in a long-term relationship that encompassed much more than counterterrorism cooperation.

Pakistan army spokesman Maj. Gen. Abbas said Sunday that the military had received no official notice from the U.S. that aid was being suspended. He also said that the loss of aid would have no effect on military operations against Islamist militants in the country because they were being conducted with Pakistan's own resources.

"I think it hurts Washington more than it hurts Islamabad," said Lodhi, the former ambassador. "Assistance is influence, and when you withhold it or suspend it, you deprive yourself of influence."

Pakistan army chief Gen. Ashfaq Parvez Kayani seemed to pre-empt the effect of the aid cut in a speech after the bin Laden raid -- saying all U.S. military assistance now should be diverted to improve the country's economy and help common Pakistanis.

"They want to end any impression that they are some kind of hired help," said Lodhi.

Some analysts have predicted that the suspension of military aid could hurt the military's war against the Pakistani Taliban over the long run, especially since the country is suffering an economic slump.

But Ayesha Siddiqa, a Pakistani defense analyst, said that Pakistan's close relationship with China could offset the impact. Pakistan has long purchased military equipment and missiles from China at lower-cost rates and bought fighter aircraft from the country last year, she said.

The Pakistani military is "trying to go the Chinese way," said Siddiqa.

It is unclear what other actions Pakistan will take in response to the suspension of U.S. military aid. It could be less helpful in targeting al-Qaida fighters within the country and in pushing Afghan Taliban militants with whom it has historical ties to negotiate an end to the Afghan war.

Pakistan is also believed to secretly support U.S. drone strikes against militants in the country's mountainous tribal region. That support has been shaken in the wake of the bin Laden raid and could be further imperiled by the suspension of aid.

One of the most high-profile points of leverage that the Pakistanis have with the U.S. is the shipment of a large percentage of non-lethal supplies through the country to NATO troops in Afghanistan. Pakistan temporarily closed the border to NATO supplies last year after an accidental U.S. helicopter strike killed two Pakistani troops. It is unclear if the suspension of aid could provoke a similar response.

"When you take this kind of action, you reinforce the transactional nature of the relationship," said Lodhi. "The moment you do that all bets are off because the response will not be a very positive one."

But Lodhi also noted that Pakistan and the U.S. do share common interests in combatting terrorism and fostering a stable Afghanistan -- even if the details don't always match up.

"The common interest is there, but the question is can we walk back from the brink and find common ground to rebuild trust step by step?"