Why is the Tea Party suddenly obsessed with light bulbs? 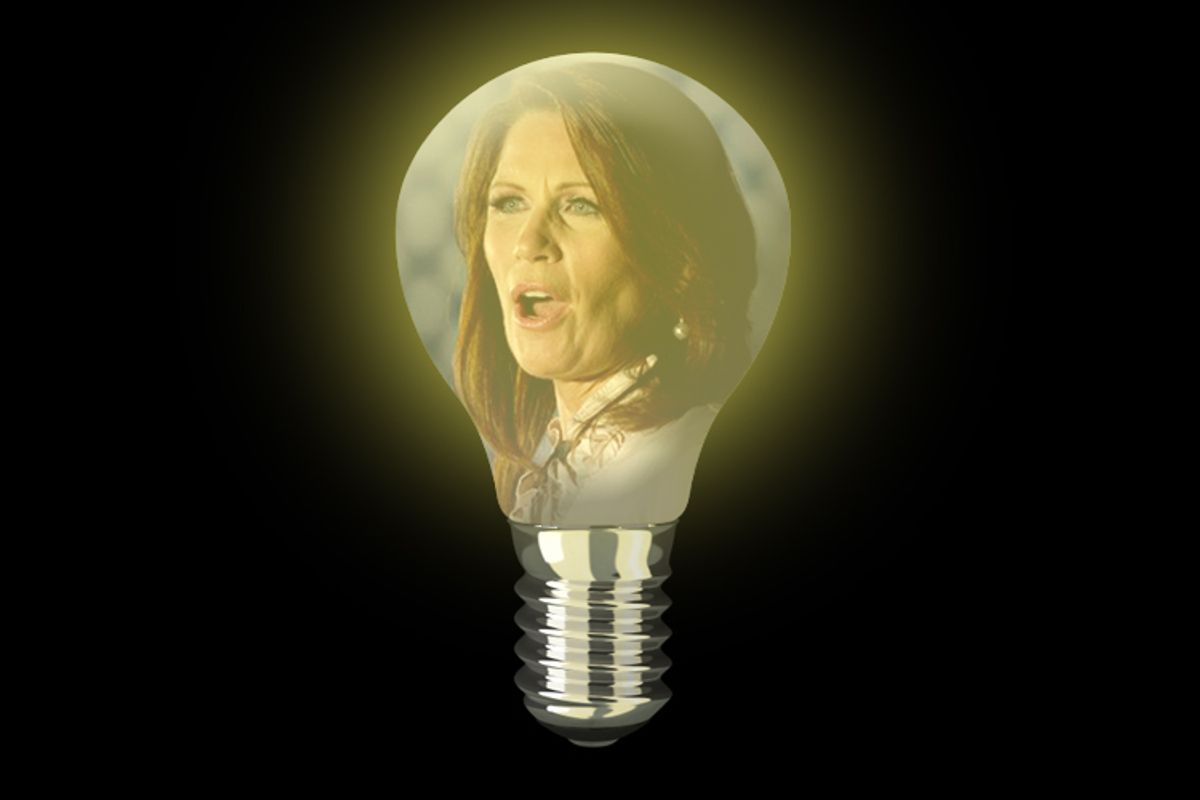 In 2007, little seemed problematic about the energy-efficient light bulb or the law signed by President George W. Bush, which called for the incandescent bulb to be phased out in favor its energy-saving counterpart. But that was before the rise of the Tea Party.

Suddenly, saving the old-fashioned 100-watt bulb -- which wastes most of the energy it consumes and costs households more in energy bills than the new model -- has become a matter of personal liberty. And so, House Republicans on Monday will seek to repeal the 2007  law, which calls for the phaseout to begin in January 2012.

The law has been dubbed "the light bulb ban" by activists on the right and has struck a Tea Party nerve. Rush Limbaugh, Glenn Beck and Michele Bachmann have all called it government intrusion par excellence. It essentially mandates that no new bulbs can go on the market after January '12 without meeting a new, higher standard of energy efficiency. Bulbs that don't meet the standard but that are already in stores won't be taken off shelves.

"It is one of those issues out there that just inflames people," Rep. Michael Burgess, R-Texas, co-sponsor of the bill that would reverse the phaseout, told Politico. "What in the world were you doing restricting the kinds of light bulbs in my home?"

Of course, you could also craft an argument that the law is fiscally conservative.  According to the Natural Resources Defense Council, "Analysis shows the standards [of the 2007 light bulb law] would save the country more than $12.5 billion annually when fully implemented in 2020."

Energy Secretary Steven Chu showed little sympathy for libertarian stalwarts, when in a press conference on the issue he bluntly said, "We are taking away a choice that continues to let people waste their own money."

And in an opinion piece for The Hill, Rep. Mike Doyle, D-Pa., put the bulb debate in much needed context: "We’ve got big fights ahead, with real disagreements that will require us to find some common ground -- like how to get our financial house in order, how to rebuild our crumbling infrastructure, and how to reform our education system. If Republicans and Democrats can’t come together on more efficient light bulbs, I have little hope of us tackling the bigger issues."