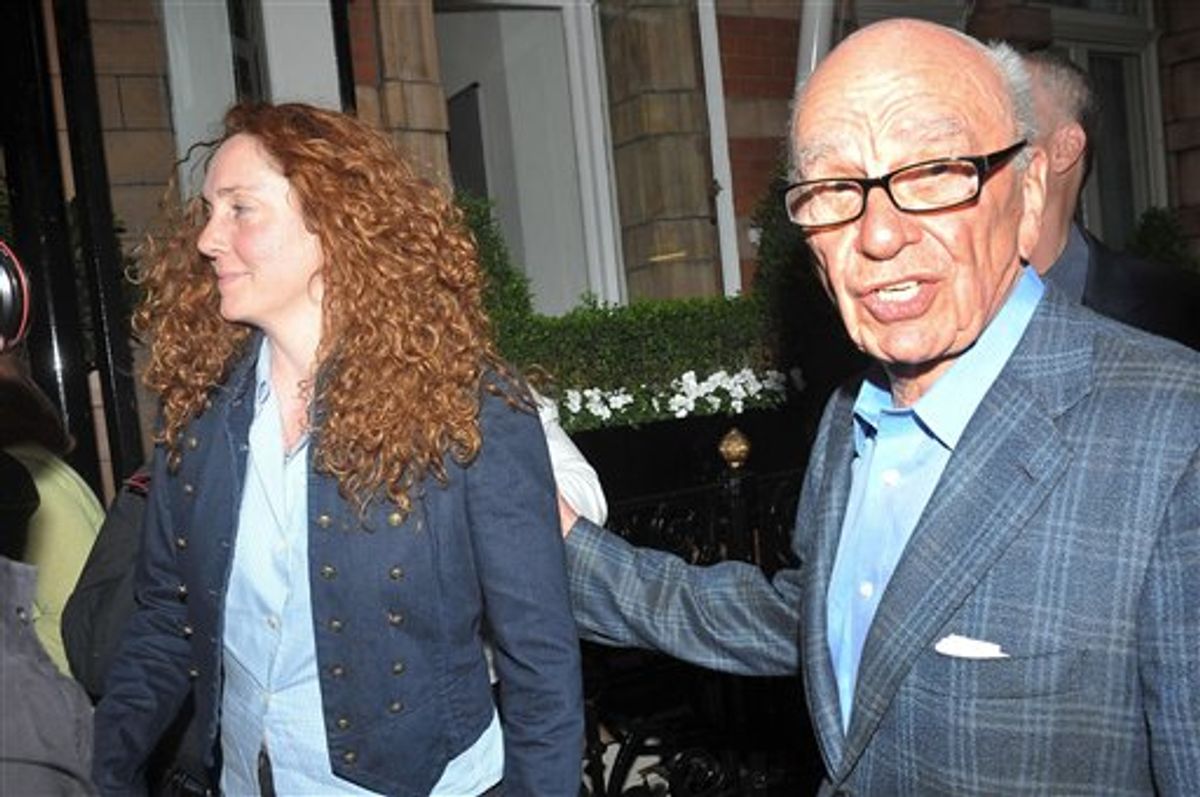 Deputy Prime Minister Nick Clegg on Monday urged Rupert Murdoch to reconsider his bid for broadcaster BSkyB, citing an outpouring of revulsion that followed the phone hacking scandal that hit the tabloid News of the World.

Clegg said public outrage made it critical that Murdoch "do the decent and sensible thing" and reconsider his bid to increase his stake in the lucrative broadcaster. His comments will further pressure Murdoch, who arrived in London on Sunday to manage the scandal.

The remarks came after Clegg met with the family of murdered schoolgirl Milly Dowler, a 13-year-old murder victim whose phone was hacked in 2002 -- even as her family and police were frantically searching for her. The tabloid's operatives reportedly deleted some messages from the phone's voicemail, giving the girl's parents false hope that she was still alive.

The hacking scandal has proved to be an embarrassment to the government because one of the senior editors of the paper, Andy Coulson, later worked for Prime Minister David Cameron as his communications director. Cameron is also reportedly close to Rebekah Brooks, chief executive of the tabloid's publisher, News International.

The newspaper closed on Sunday after 168 years, but that didn't end the crisis, or temper British anger over improprieties by journalists working for Murdoch.

Culture Secretary Jeremy Hunt, who is responsible for dealing with the proposed bid, said he would seek advice as to whether the scandal raises questions over whether Murdoch's News Corp. is "fit and proper" to hold a broadcasting license.

Shares in BSkyB dropped sharply Monday amid doubts over the company's ability to take full control of the lucrative satellite broadcaster. Murdoch owns 39 percent of the broadcaster, but wants to buy the rest.

The opposition Labour Party also turned up the pressure. Its leader, Ed Miliband, is working to force a vote in the House of Commons on a motion asking the government to delay a decision on BSkyB.

The 80-year-old Murdoch has publicly backed Brooks, who led News of the World when its reporters committed some of the most egregious ethical lapses.

Murdoch put his hand on Brooks' shoulder Sunday and they smiled for a pack of photographers gathered outside his London apartment before walking to a nearby hotel for a meal.

She has insisted she was unaware of the hacking and has offered to be interviewed by police as a witness in the case, a person familiar with Brooks' position told The Associated Press while speaking on condition of anonymity because of the sensitivity of the situation.

Miliband said a judge-led inquiry should be held immediately into the phone hacking scandal rather than risk evidence being destroyed. Cameron announced the inquiry last week, but said it should wait until the police investigation concluded.

Greg Katz contributed to this story.