Geithner: "Failure is not an option" on budget deal

The Treasury Secretary spoke on "Face the Nation" about the necessity that a deal be reached before Aug. 2. 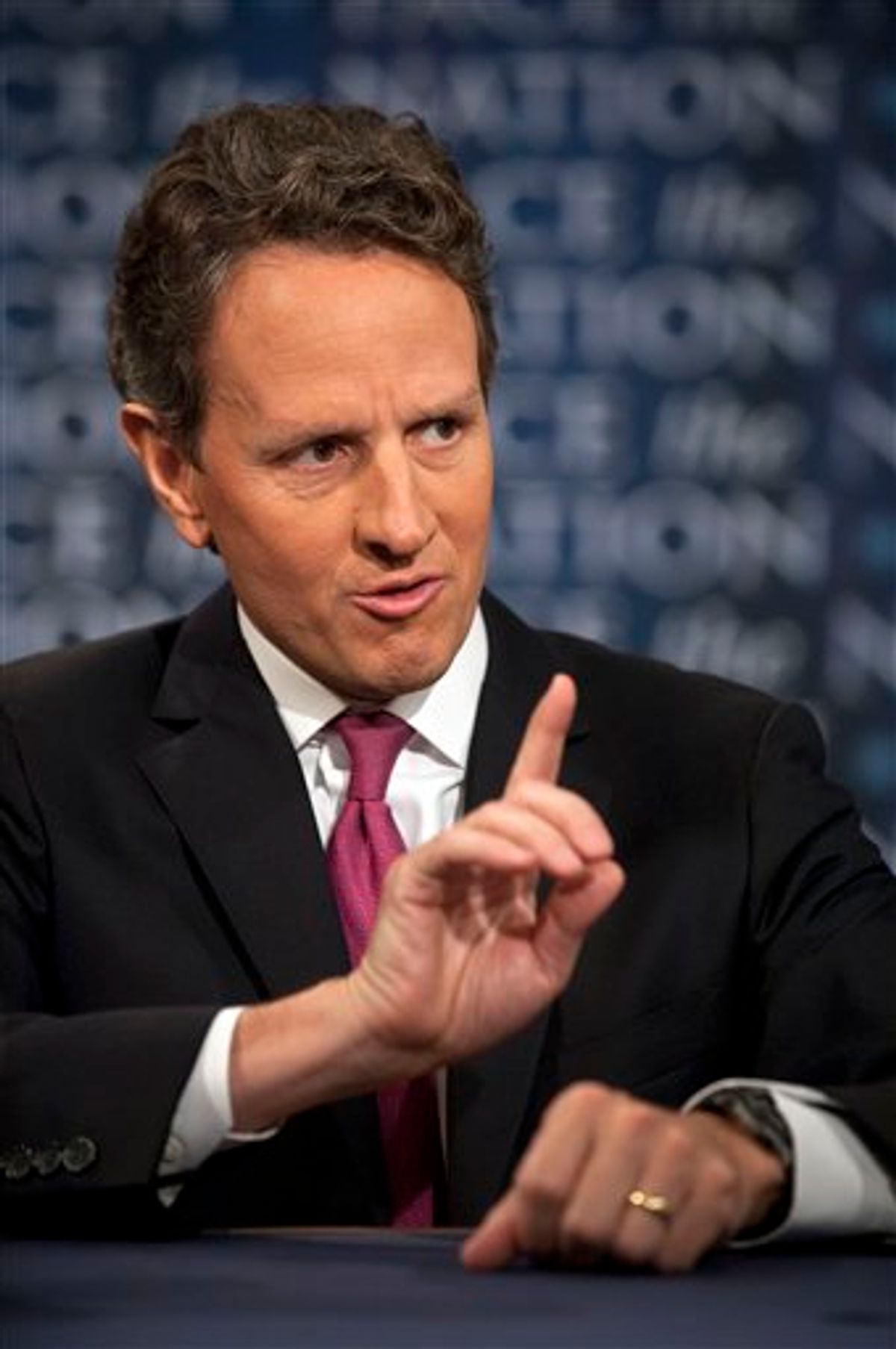 Appearing on CBS' "Face the Nation" Sunday, Treasury Secretary Timothy Geithner spoke out against lawmakers like Michele Bachmann who have claimed the administration is using scare tactics to over-hype the debt crisis.

"On Aug. 2., we’re left running on fumes," Geithner told host Bob Schieffer. "We have no capacity to borrow... We have to act; Congress has to act ahead of that point. If they don’t act, then we face catastrophic damage to the American economy."

Geithner expressed confidence that a deal would be reached ahead of the Aug. 2. deadline, but noted that whether or not the deal would be good for the economy was a different matter. He told Schieffer that the Obama administration faced a difficult task in trying to broker the "biggest deal possible."

Watch Geithner's appearance below, via CBS: