Returning from vacation, Stewart feels better about America when he learns of the News of the World scandal 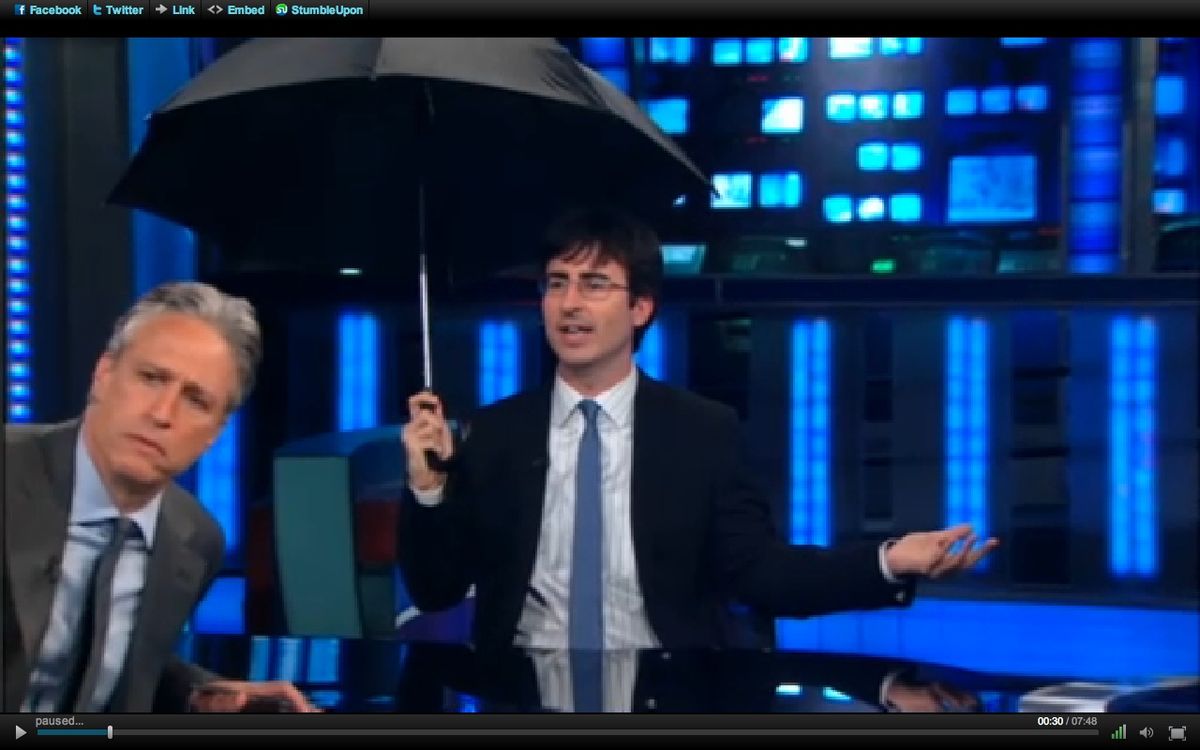 "The Daily Show"'s British correspondent, John Oliver, makes Jon Stewart feel a little better about ethics standards in the American press with a biting summary of the News of the World's most egregious behavior, which led to media mogul Rupert Murdoch shutting down the title last week.

"Do you know how hard it is to disgrace a British tabloid?" Oliver asked Stewart, before detailing the wrongdoings of the newspaper.

"You people are garbage!" exclaims Stewart in response to hearing the story in its gritty entirety.