"The Closer" kicks off its final season with a premiere that exposes the show's weaknesses, and its star's strength 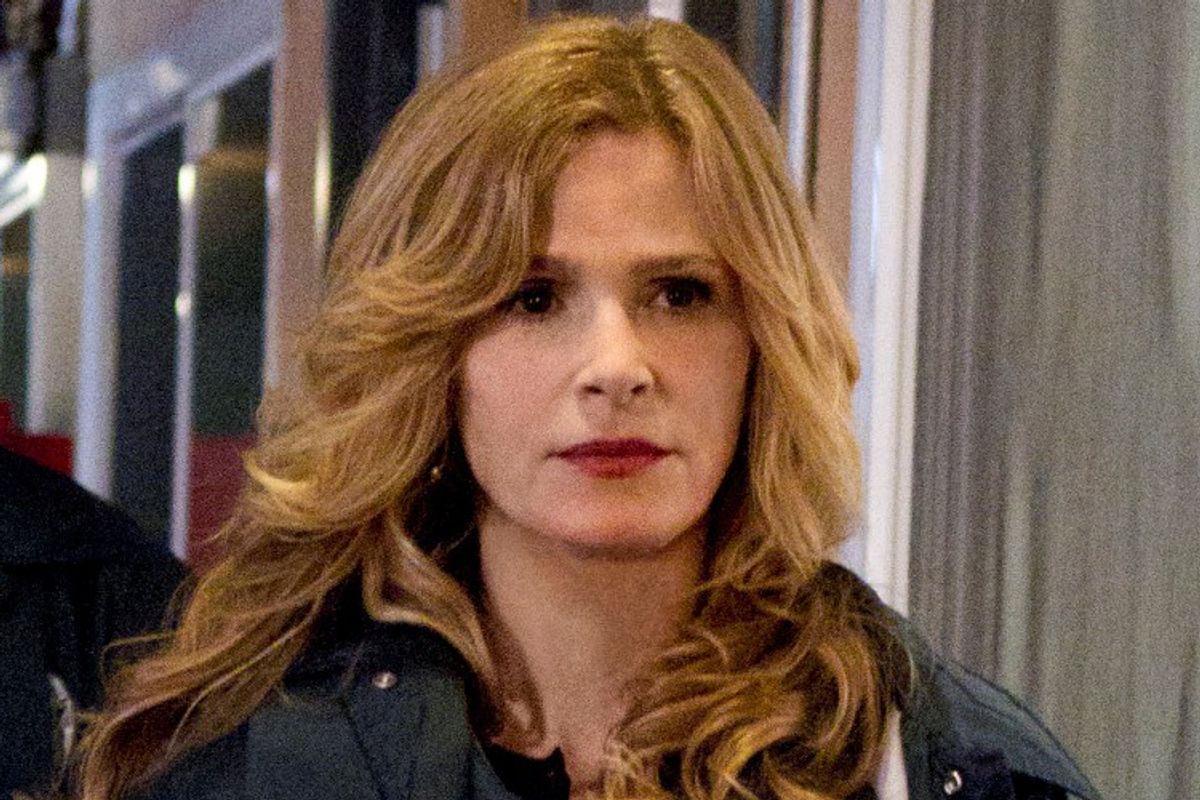 It's the best of shows, it's the worst of shows. "The Closer," which started its final season on TNT last night, represents a case as vexing as any that its heroine, Brenda Johnson, ever cracked. It routinely delivers acting moments that are either technically superb (like that final confession last night) or so nutty that you can't help being entertained by them -- and in star Kyra Sedgwick's case, there is a lot of overlap.

But story-wise and style-wise, it's a distressingly typical cop show. "The Closer" strains to be street wise but mostly projects the tight-sphinctered, Fox News Channel conservatism of a CBS crime potboiler. The season premiere was more egregious in that way than most. It revolved around the murder of a rapper and several friends at a house owned by his record label's Suge Knight-like boss. On a show like "The Closer," that scenario equals the lowest depths of debauchery. Between the faux gangsta rap music video, Detective Lt. Provenza (G.W. Bailey) obsessively repeating variations of "Joint in the ashtray, half-naked girls, it's like a murder had to happen," and those lame, audience tutorial-type expository lines ("C-Game, slang for cocaine"; "It's called 'sexting,' chief"), the hour reminded me of those late episodes of "Dragnet" where Joe Friday and Frank Gannon would have to deal with beatniks or hippies. I'd like to think that the show's true heart is represented by Brenda, who parsed the murdered rapper's lyrics for biographical detail, did a lyrical, booty-shaking, slow-motion walk to the interrogation room, and used her lyrical spelunkings to drive a suspect to confession and seal the case. But I doubt it.

But hey, who cares? This is Sedgwick's show, a star vehicle all the way. It's another one of those Misfit Genius vs. the World programs that I suspect are really about kissing the collective posterior of "creative" studio executives who have the power to greenlight shows. (For a longer version of this rant, click here.) Judged by any objective measure, Brenda is a disaster as a detective -- gifted, unconventional and tenacious as hell, but also deeply narcissistic in how she treats the police department as her personal toy chest. And although she has a past, and we've learned about it, Brenda doesn't seem to have much gravitas; she still seems more a TV character than a person.

In contrast to Holly Hunter on "Saving Grace" or Mary McCormack on "In Plain Sight" -- or any of her fellow actors -- when I look at Sedgwick, I have a hard time picturing the character as a young, hungry rookie cop, which she had to have been at some point. She seems more like a neurotic college professor, the kind who'd win a coveted award for her groundbreaking research, then get lost on the way to the awards banquet and be found the next morning on a dock somewhere, fishing. She wouldn't last more than a couple of years in a real police department, any more than House would last most than a couple of years at a real medical facility. Institutions seek comfort and stability above all else and tend to purge any employee who gets results by creating chaos.

"The Closer" at least acknowledges this cold fact, even if it ultimately tends to push it into the background, the better to let the show worship its charismatic star. There was an appealing sense of inevitability to how this premiere played out. Brenda's empty briefcase ploy drove the record mogul into a rage that led to an orgy of violence that endangered the lives of several cops. But still she got her man, as she always does. Will Pope (J.K. Simmons), who was pushed out in the department reorganization, gave Brenda a fantastic going-away present: He came to her rescue when Capt. Raydor (Mary McDonnell) pointed out that her behavior in the current case mirrored her conduct during the Shootin' Newton case and suggesting that there was indeed a pattern to her behavior. (I'd call it a compulsion.) In the end, Chief Delk (Courtney B. Vance) publicly congratulated Brenda on cracking the case and said he'd overreacted to ethical investigations into her prior work. The only thing missing was a nice slow clap, of the type that showboating "rebel" characters used to get at the end of '80s comedies. But then Delk keeled over, sending an already-reorganized department into an instant tailspin.

Is Brenda's run as the resident troubled genius closer about to come to a whimpering end? Will she finally be ground down by the pencil-pushers, the dullards who don't want Brenda to be Brenda? That would be an unhappy last chapter, but one I'd like to see; it would be temperamentally similar to those intra-departmental political subplots on "Prime Suspect," the series that "The Closer" often seems to want to be even though it never had a tenth of that classic's political acuity or psychological depth. The more opposition Brenda faces, and the more misfortune she suffers, the odder Sedgwick's performance becomes -- and that's what the show is truly about, seeing what sort of trouble Brenda can get into and how she can get herself out of it, and what sorts of tics and inflections Sedgwick can trot out, and how beautifully she can endure. (When other characters call Brenda out as irresponsible or thoughtless, the soundtrack shifts into martyr mode, with a chorus that might as well be the Spirit of Indomitable Womanhood Choir.)

Sedgwick's is a deeply weird star turn, skipping along the cliff's edge of Too Much, pitching itself over, and then yo-yoing back up as if on a bungee cord. She turns the character into the 21st-century version of those edgy, cartoony cop characters who dominated 1970s shows like "Baretta," "Columbo" and "Kojak." (The latter had lollipops; Brenda has her candies.) Every now and then her sing-songy, generically pan-Southern accent eases into a girlish inflection, especially when Brenda is feeling misunderstood or unappreciated, and she can wring more tonal variations on "Thank you" than anyone could have imagined. You can always see the gifted, wounded child in this character even when she's running intellectual circles around more mature, well-adjusted or influential people. She lives most of her waking life in the theoretical parts of her mind. That's why she hopped into bed in that one scene with Fritz (Jon Tenney) looking like she wasn't in the mood, only to turn frisky when Fritz gave her a list of possible FBI leaks. In theory, it was a standard "I did something nice for you, now have sex with me" transaction. But Brenda seemed turned on before Fritz said what he wanted in return; when he handed her the file, her face lit up, because Fritz had given her something to think about.