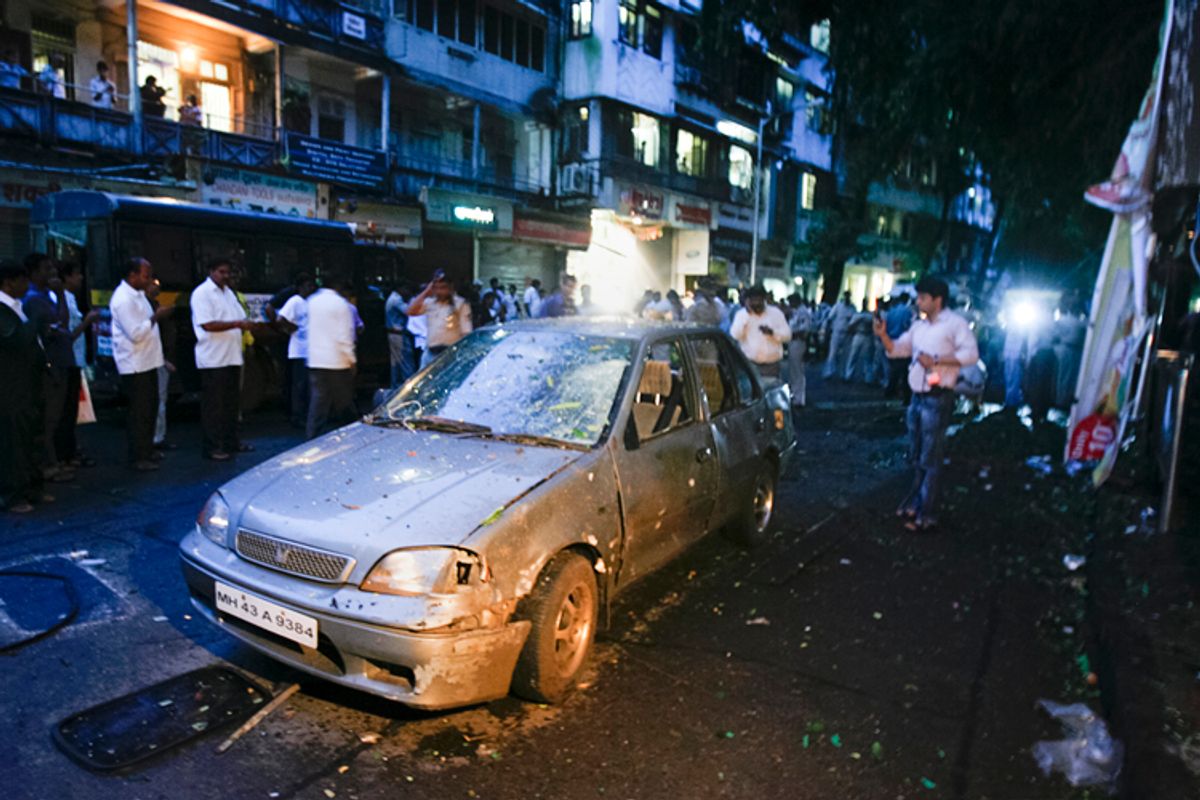 A car is seen damaged at the site of a bomb explosion in the Dadar area of Mumbai July 13, 2011. Three explosions rocked crowded districts of India's financial capital of Mumbai during rush hour on Wednesday, killing at least eight people, media said, in the biggest attack on the city since 2008 assaults blamed on Pakistan-based militants. REUTERS/Stringer (INDIA - Tags: CIVIL UNREST CRIME LAW) (Â© Stringer India / Reuters)
--

Local media reported the Home Ministry had called the explosions a terror attack. No Home Ministry officials could be independently reached for comment.

Television footage showed dozens of police officials, several of them armed, at the sites of the explosion and at least one car with its windows shattered.

An official at the city's Police Control Room said one blast was in the crowded neighborhood of Dadar in central Mumbai. The others were at the famed jewelry market Jhaveri Bazaar and the busy business district of Opera House, both in southern Mumbai and several miles (kilometers) apart.

The official spoke on condition of anonymity because of office policy.

"It must be a bomb blast," Chhagan Bhujbal, a state minister told a TV news channel.

The explosions took place around 7 p.m., when all the neighborhoods would have been packed with office workers and commuters.

The blasts -- if confirmed as a terror strike -- would mark the first major attack on Mumbai since 10 militants laid siege to India's financial capital for 60 hours in November 2008.

That attack, which targeted two luxury hotels, a Jewish center and a busy train station, was blamed on Pakistan-based militant groups. The attacks escalated tensions between the nuclear-armed rivals and prompted them to suspend peace talks.

However, the talks have recently resumed.

Pakistan's government expressed distress on the loss of lives and injuries soon after Wednesday's blasts were reported.