Cameron to investigate if 9/11 victims targeted 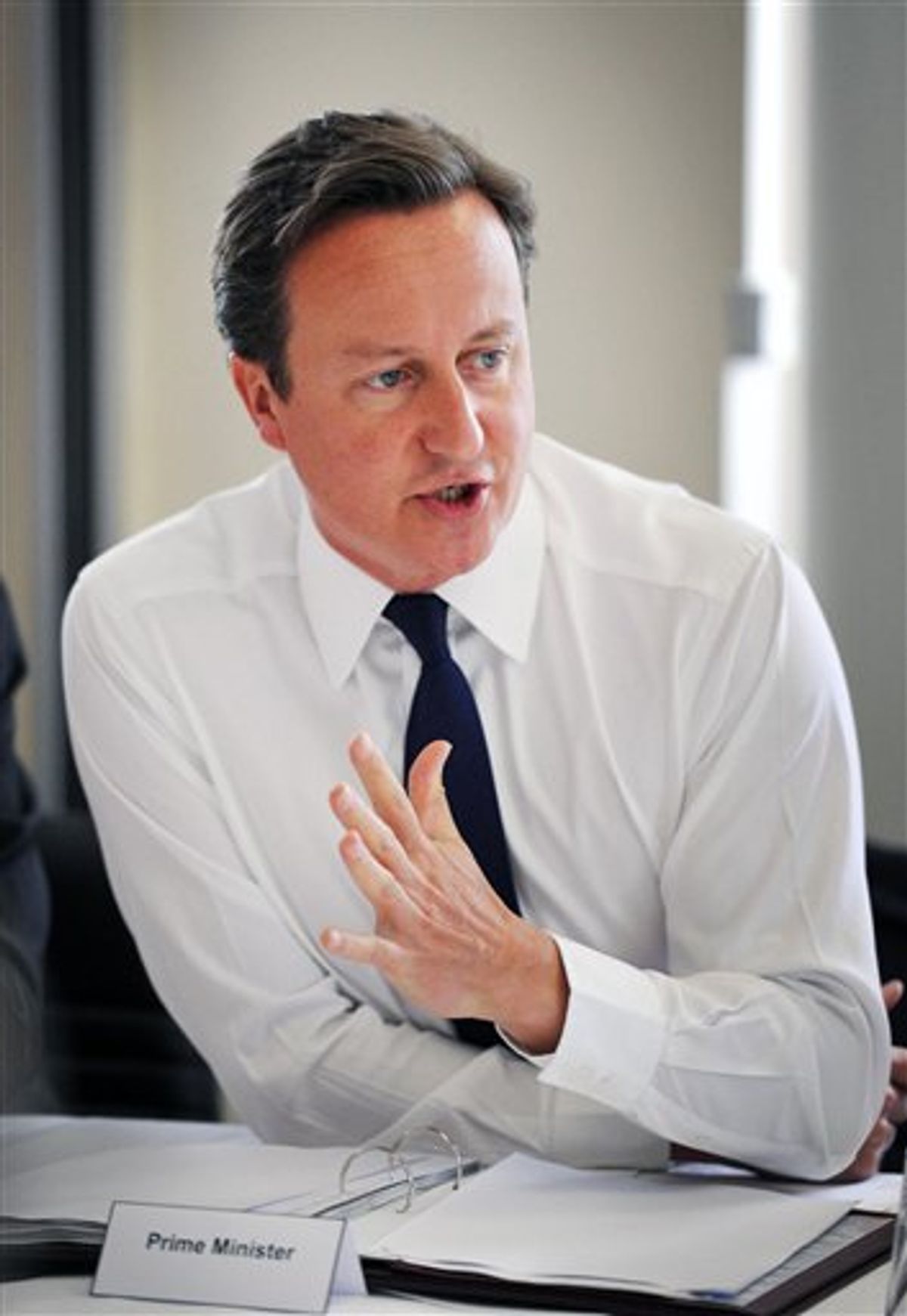 British Prime Minister David Cameron vowed Wednesday to look into whether 9/11 victims were targeted in Britain's phone hacking scandal, as lawmakers were poised to demand that Rupert Murdoch give up his goal of taking over a lucrative U.K. broadcaster.

The fallout from a phone hacking and police bribery scandal at Murdoch's U.K. newspapers roiled unabated across Britain's political landscape Wednesday and grew near to striking its hardest blow yet at the media baron's global empire.

"There is a firestorm, if you like, that is engulfing parts of the media, parts of the police, and indeed our political system's ability to respond," Cameron said in the House of Commons. He said the focus must now be on the victims, and make sure that the guilty are prosecuted.

The Daily Mirror newspaper had claimed that some journalists had approached a private investigator in the U.S. to try to access the phone data of some of the victims of 9/11. Cameron told lawmakers Wednesday that he will look into the claims.

In an about-face, Cameron has put his party's weight behind an opposition Labour Party motion up for a vote Wednesday that declares that Murdoch's News Corp.'s bid for full control of British Sky Broadcasting would not be in the national interest.

The motion doesn't carry legal force, but with the three main parties in support, it looms as a powerful expression of the tide running against Murdoch's newspapers.

Murdoch's hope to gain control of the 61 percent of BSkyB shares that his News Corp. doesn't yet own has already been delayed for several months while the British government's Competition Commission reviews monopoly concerns.

The uproar also claimed another top executive his job. News International, Murdoch's British unit, said its legal manager, Tom Crone, has left the company, but spokeswoman Daisy Dunlop declined to say if Crone had resigned or been told to leave.

But a defiant mood was evident at one News International paper, The Sun tabloid, which slapped the headline "Brown Wrong" across its front page in response to claims by former Prime Minister Gordon Brown that the paper had obtained confidential medical records of his younger son.

Outrage has grown and Murdoch's News Corp.'s share price has fallen since a report last week that The News of the World hacked the phone of teenage murder victim Milly Dowler in 2002, followed by claims of intrusion into private records by The Sun and The Sunday Times.

Murdoch has already shut down the 168-year-old News of the World and has come to London to direct the company's efforts to get on top of its problems.

A report Wednesday in The Wall Street Journal, which is part of News Corp., said that Murdoch has met with advisers over recent weeks to discuss possible options including the sale of the remaining British newspapers -- The Sun, The Times and The Sunday Times.

The Journal, citing unidentified people familiar with the situation, said there didn't appear to be any buyers given the poor economics of the newspaper division.

Brown accused Murdoch's papers, including The Sun and The Sunday Times, of obtaining his confidential bank accounts, tax records and even health information about his son, Fraser, who suffers from cystic fibrosis, using fraudulent, criminal means. But, the newspaper insisted it learned of the boy's ailment from the father of another child with the same condition, and that it contacted the Browns, who consented to the story.

"We are not aware of Mr. Brown, nor any of his colleagues to whom we spoke, making any complaint about it at the time," The Sun said.

Its coverage included picture of Brown and Murdoch standing together, both grinning.

Murdoch's News International responded to his accusations by asking Brown for any information that would help to investigate them.

London Mayor Boris Johnson said Wednesday that he had been informed that his telephone had been hacked, but he decided not to take legal action.

"Quite frankly, why on earth should I go through some court case in which it would have inevitably involved going over all the pathetic so-called revelations that the News of the World had dug up?" Johnson said.

"Why should I, when the police had made it clear to me when they had abundant evidence?" he added.

In Washington, Sen. Jay Rockefeller, a Democrat from West Virginia, urged an investigation into whether Murdoch's U.K. newspapers had violated U.S. law.

If there was any hacking of phones belonging to 9/11 victims or other Americans, "the consequences will be severe," said Rockefeller, chairman of the Senate Committee on Commerce, Science and Transportation.

The suggestion that 9/11 victims may have been were targeted surfaced Monday in the Mirror, a British competitor of The Sun. It quoted an anonymous source as saying an unidentified American investigator had rejected approaches from unidentified journalists who showed a particular interest in British victims.

Cameron promised that the claim would be investigated.

Police in the U.K. are pursuing two investigations of News International, one on phone hacking and the other on allegations that the News of the World bribed police officers for information.

Hugh Orde, president of the Association of Chief Police Officers, urged News International to come clean about any such payments.

"Let's not play around with legal games here: If they have names, dates, times, places, payments to officers, we would like to see them so that we can lock these officers up and throw away the key," Orde told the British Broadcasting radio.

Police officials have indicated the bribery investigations involve about half a dozen officers.