The new "Let them eat cake!"

10 shocking, illuminating moments that prove just how out of touch the powerful really are 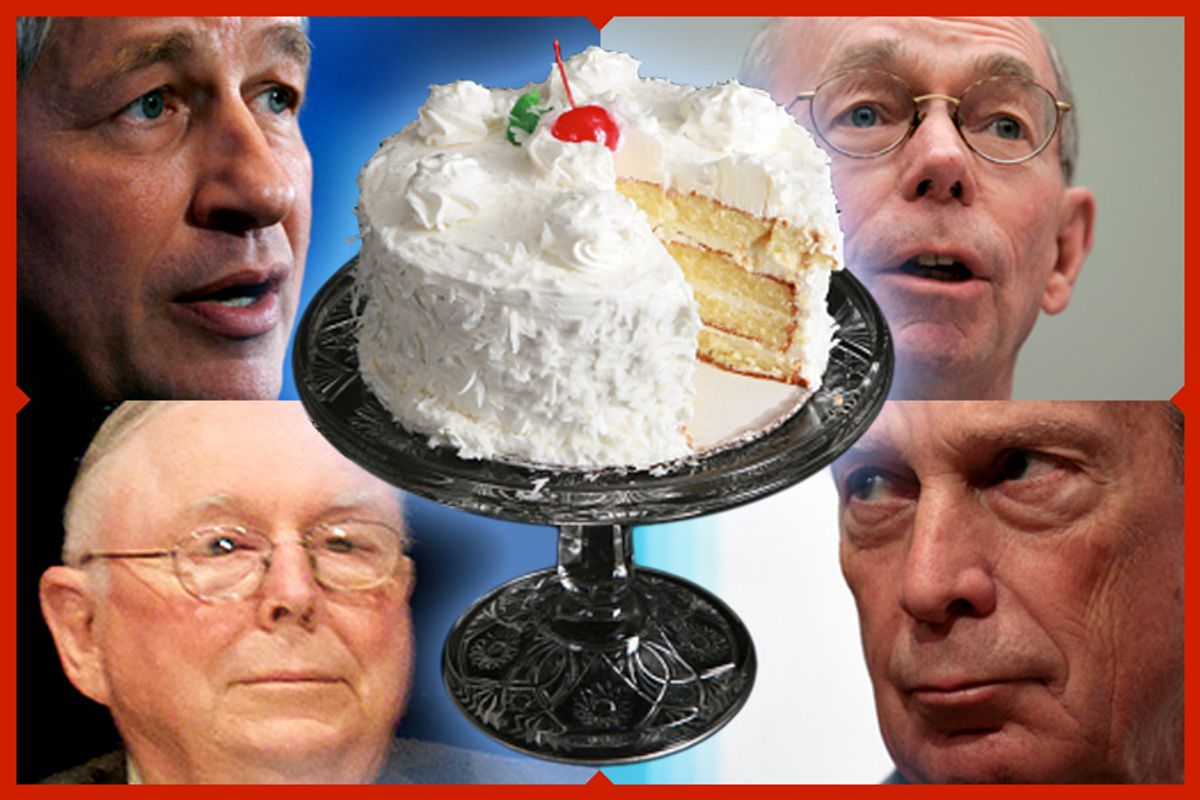 In the midst of this prole-crushing economic emergency engineered by wealthy speculators and their political puppets, we now find ourselves watching those same modern-day Marie Antoinettes at once celebrating their station and begging for sympathy as if they were the real casualties of the decade-long economic slowdown they created.

There was, for instance, Lebron James' parade of free-agent narcissism in the shadow of an economically destroyed Cleveland -- and then there was one of the architects of that economic apocalypse, Cavaliers owner and Quicken Loans CEO Dan Gilbert, pretending that the move of a single basketball player to Miami was the root of Cleveland's problems, and not the subprime bomb Gilbert himself had dropped on the city.

There was historian Doris Kearns Goodwin suggesting those politicians who followed Wall Street and voted for the bank bailouts exemplified the same heroism as those who fought for the passage of the Civil Rights Act in the 1960s.

And, more recently, there was that searing image of President Obama convening a $35,800-a-plate Upper East Side dinner with "a committee of bankers, private equity executives and hedge fund managers" as the economy burns.

But appalling as those examples are, they pale in comparison to the recession's 10 most egregious sets of "Let Them Eat Cake" moments, comments and actions. These are the ones that truly deserve a place in the history books.