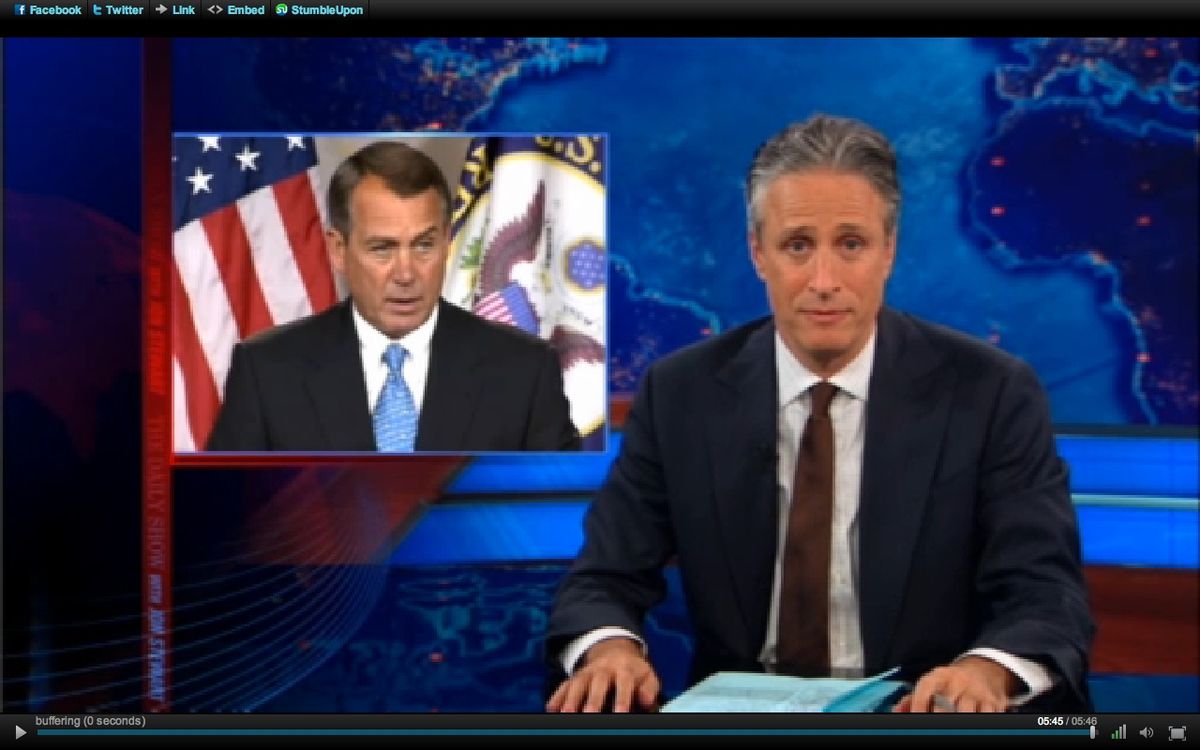 Jon Stewart Tuesday night mocked the Republican party for making the debt ceiling their give as opposed to increased tax revenues. "The Daily Show" host said their refusal to budge on taxes was like a doctor trying to treat a sick patient using only a belief in magic:

Stewart also used his opening segment to ding the GOP for bringing up light bulb legislation in Congress during this politically fraught time.