Bachmann's stepsister: An out Obama fan

Footage from outside the 2009 inauguration features Helen LaFave, a friendly, progressive member of Bachmann's clan 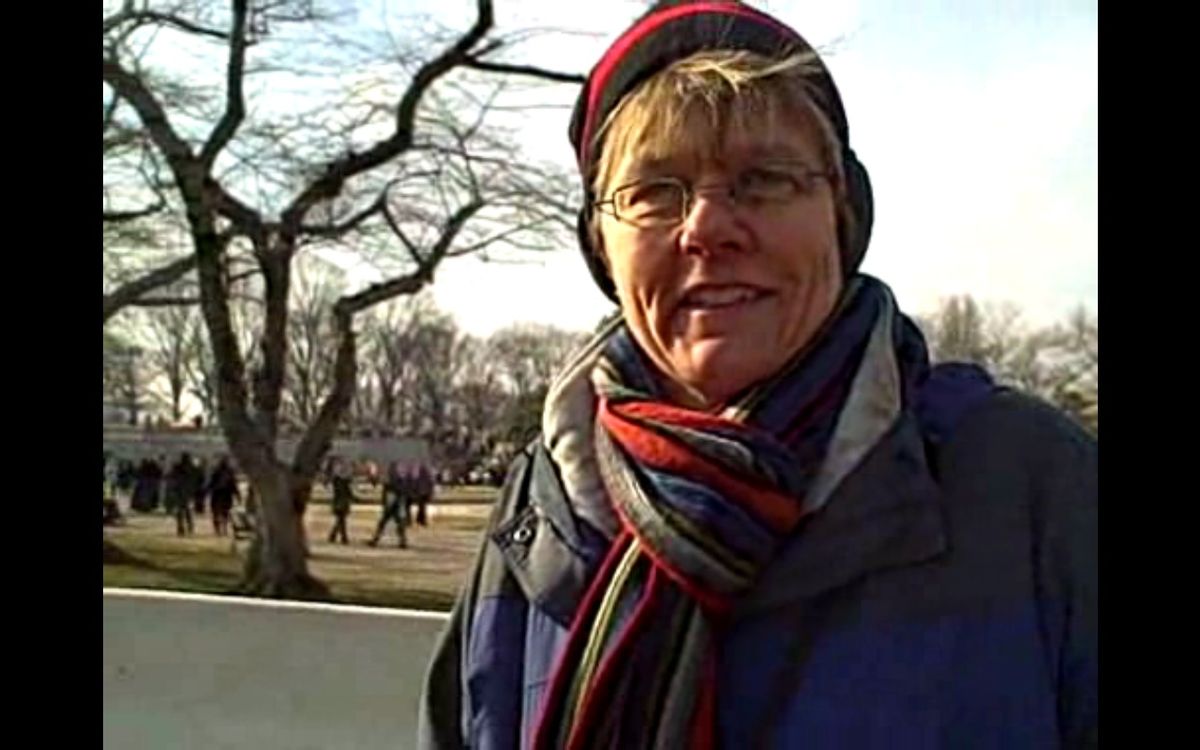 Not all of Michele Bachmann's family shares her far-right views. As the media has been aware for sometime, the Minnesota Republican has an openly gay stepsister, Helen LaFave.  While shying from the spotlight, LaFave has publicly opposed Bachmann's anti-gay stance since the congresswoman proposed a gay-marriage ban in the Minnesota Senate (as the Daily Beast reported earlier this year).

LaFave's political differences from Bachmann's go beyond the spheres of LGBT rights, however, as a short clip discovered on Vimeo suggests. Captured outside the U.S. Capitol in 2009 when Obama was sworn in, the video shows a friendly LaFave (who appears with her long-term partner Nia Wronski) telling the videographer of her excitement about the "reawakening of the country" and the "start of something new." Wronski expresses a desire to see more barriers broken down.

Interestingly, LaFave mentions that she drove down to the event from Minneapolis with six other family members and received tickets "through one of the congresspeople." Bachmann was already a U.S. congresswoman by this time (she assumed office in 2007), though we have no idea if she helped her stepsister gain access.

Watch the video below, posted to Vimeo by Julie Phillips, to see the ebullient LaFave and Wronski in 2009:

Helen LaFave and Nia Wronski at the Inauguration Jan. 20, 2009 from julie phillips on Vimeo.