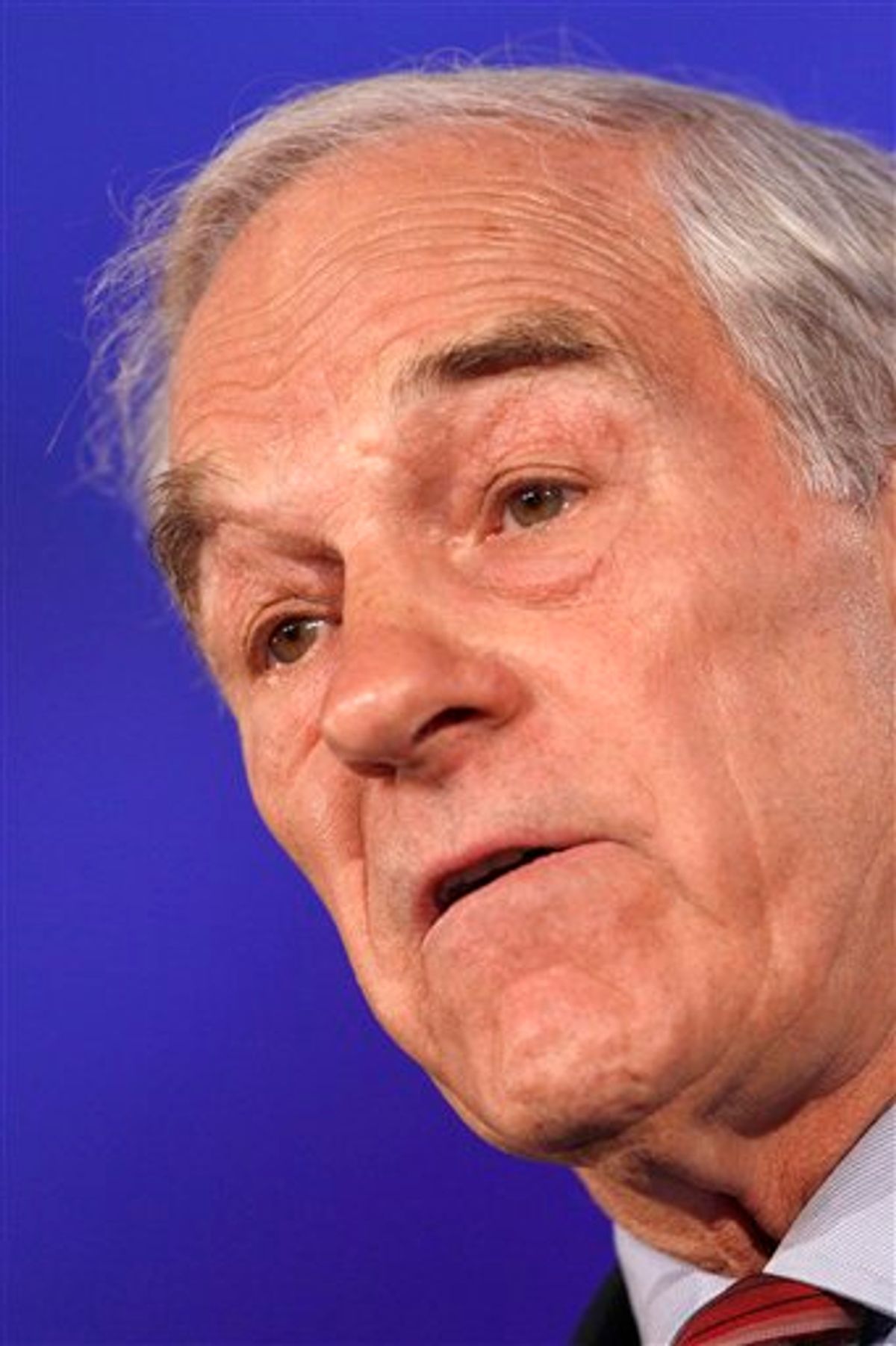 FILE - In this June 17, 2011 file photo, Republican presidential candidate, Rep. Ron Paul, R-Texas, speaks in New Orleans. Paul says he will retire from Congress when his term runs out in 2012 and will focus on his campaign for president. (AP Photo/Patrick Semansky, File) (AP)
--

Although this interchange between Federal Reserve Chairman Ben Bernanke and Rep. Ron Paul (R-TX) took place yesterday, we thought it was amusing enough to still merit sharing. In a hearing Wednesday of the House subcommittee on monetary policy, Bernanke and Paul got into a heated discussion about... what money is. Paul asked Bernanke what he thinks about the price of gold and whether gold was money, and here's how the conversation played out:

Paul: Do you think gold is money?

Paul: It's not money?

Bernanke: It's a precious metal.

Paul: Even if it has been money for 6,000 years, somebody reversed that and eliminated that economic law?

Bernanke: Well, it's an asset. Would you say Treasury bills are money? I don't think they're money either, but they're a financial asset.

Paul: Why do central banks hold it?

Bernanke: Well, it's a form of reserves.

Paul: Why don't they hold diamonds?

(It's worth noting that Big Ben is right: If money is understood as a "circulated medium of exchange" then gold is not money because in the U.S. it is not a generally accepted currency for exchange. It would be if we still had a gold standard, as Paul thinks we should, as this would make cash equivalent to a specific amount of gold. But the gold standard has been dead in this country since 1971.)

Watch the Bernanke/Paul showdown below: