News Corp. only guilty of "minor mistakes," mogul tells own paper in interview 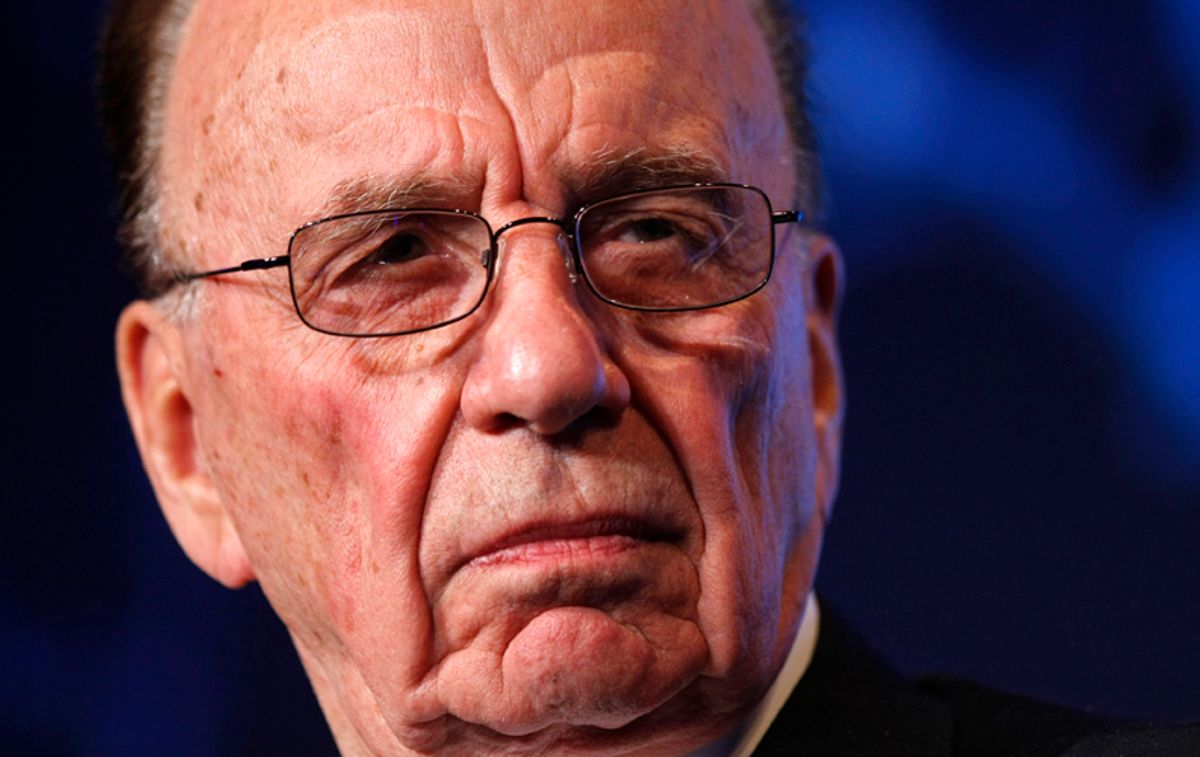 News Corporation Chairman and CEO Rupert Murdoch listens to remarks while participating in the Wall St. Journal CEO Council on "Rebuilding Global Prosperity" in Washington November 16, 2009. Financially, owning both high and low-brow publications makes sense -- although newspapers made up only 19 percent of News Corp's revenues of $32.8 billion in 2010. In Britain, Murdoch's tabloids subsidise The Times, which has an average daily circulation of just under half a million -- about double the readership when he bought it - but is loss-making. Picture taken November 16, 2009. To match Special Report NEWSCORP/TAINT REUTERS/Kevin Lamarque/Files (UNITED STATES - Tags: BUSINESS MEDIA HEADSHOT) (Â© Kevin Lamarque / Reuters)
--

Rupert Murdoch's month is not really getting much better. Murdoch had intended to ignore a request to appear before the House of Commons select committee on culture, media and sport regarding the News of the World phone-hacking, but the Guardian now says he and his son James have changed their minds after being served with a summons. So the Murdochs, along with Rebekah Brooks, head of News International and former editor of the Sun and News of the World, will answer questions at a hearing on July 19.

Maybe Murdoch just agreed to attend the hearing because he needs to get out of the States for a while: The FBI is now apparently investigating News Corp.. This is according to the Wall Street Journal, which is of course also owned by News Corp. The bureau is investigating at the urging of Rep. Peter King, R-N.Y., who got mad because 9/11:

The investigation will try to determine whether employees of News Corp. illegally accessed the private calls, voice-mail messages, or call records of 9/11 victims or their families, these people say. It will also look into whether any News Corp. employees bribed or sought to bribe police officials to gain access to such records.

Murdoch then granted his own newspaper an interview, and he basically is either confused or losing it or lying:

Murdoch also denies looking to sell his U.K. papers, which I believe, because he really does love newspapers. (Once he kicks it and James [or Lachlan? or Wendi Deng?] takes over, though ...)