Are Republicans blowing up their own '12 playbook? 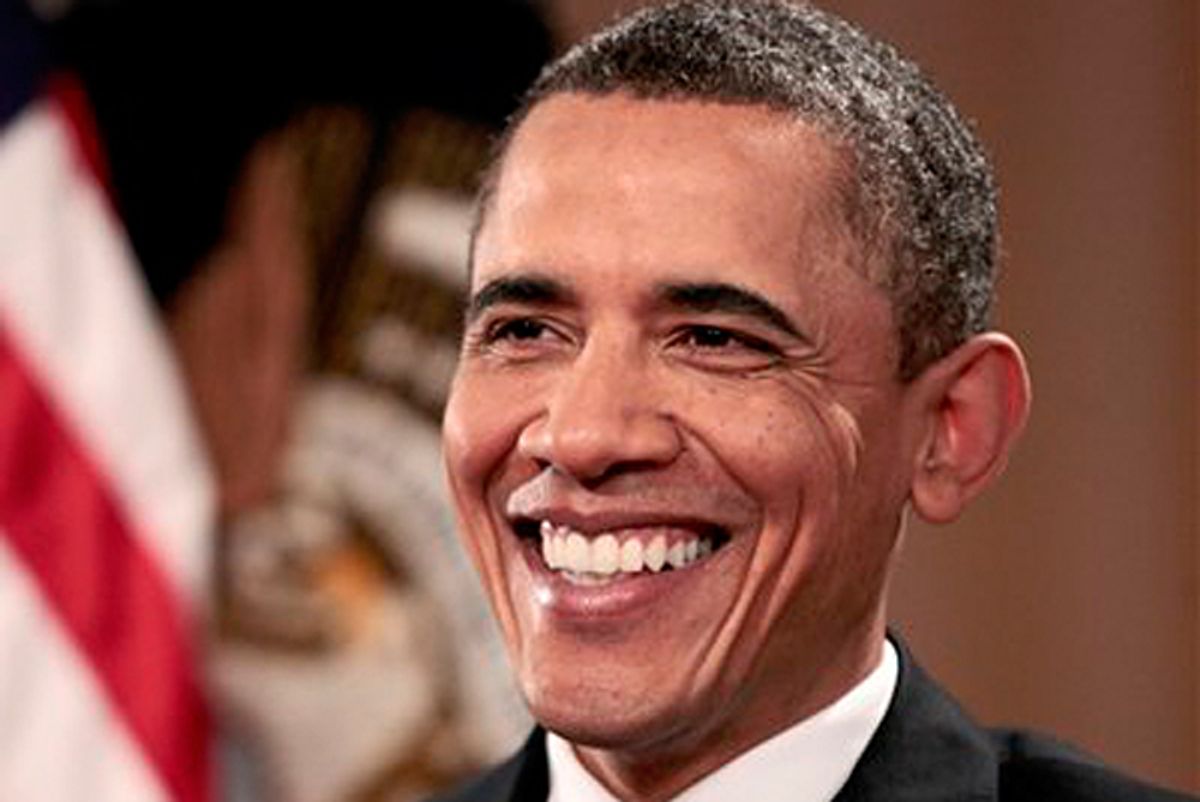 Mitch McConnell is conjuring memories of November 1995, and he may be on the right track.

The Senate minority leader is offering a compromise plan on the debt ceiling, warning reluctant Republicans that they are likely to receive disproportionate blame from the public if Aug. 2 comes and goes without a deal -- just as Newt Gingrich and his fellow Republicans were blamed for a government shutdown 16 years ago:

"[Obama] will say Republicans are making the economy worse," Mr. McConnell said in an interview with the conservative radio host Laura Ingraham. "It is an argument that he could have a good chance of winning, and all of the sudden we have co-ownership of the economy. That is a very bad position going into the election."

So far, there is no sign that McConnell's solution -- which would allow Obama to raise the debt ceiling himself and render the GOP's objections symbolic -- has any chance of clearing the House, where the GOP's ranks are dominated by true believers.

But there's some new evidence that his warning to Republicans is on the mark. A Quinnipiac poll released Thursday finds that voters, by a 48 to 34 percent margin, say they would blame Republicans over Barack Obama for a default. A similar spread existed in the run-up to the November '95 shutdown, with voters indicating that they'd blame Gingrich and the GOP instead of President Clinton. And that's just what they did. The shutdown began on Nov. 13 and for the next week poll after poll showed voters blaming the GOP by a nearly 2-to-1 margin. In that same period, Clinton's approval ratings ticked up to an 18-month high. When an agreement to reopen the government was struck, one survey found that voters approved by a 49-42 percent margin of how Clinton had handled the impasse. By a 71-21 percent margin, they disapproved of how Republicans had handled it.

We're in unexplored territory here. Never before has a debate over deficits, spending and taxes brought the country to the brink of default, so it's impossible to say how voters will react if the government suddenly can't pay its bills in a few weeks. But if they already feel that Republicans are being more obstinate and unreasonable, then it stands to reason that those feelings will endure if there is a default -- and maybe become more widespread. That's what we saw with the shutdown in '95.

Of course, when Republicans realized they had lost the P.R. battle back then, they essentially folded, agreeing to reopen the government without their most contentious demand (a $270 billion cut in Medicare) being met. Presumably, if there is a default and the blame does fall on the GOP, they'll also relent and agree to some kind of compromise -- maybe the one that McConnell is now floating (or maybe something else) -- and the debt ceiling will be raised.

This is where things get interesting, though. The assumption has long been that President Obama's reelection hopes hinge on the state of the economy. If it's showing real improvement by the middle of 2012, he'll probably be in good shape to win; if it's stalled or regressing, he won't be. History certainly backs up this interpretation. Like baseball managers, presidents probably get too much credit when things are going well and too much blame when they're not -- but that's how it works.

But would an unprecedented default change the dynamics? Let's say, for instance, that there is a default, that it does create an instant, tangible economic disruption, that voters do primarily blame the Republicans for all of this, and that the economy remains in poor shape through 2012. Would this buy Obama political cover that no previous president facing grim economic data enjoyed? Could swing voters be persuaded that the real reason for their economic anxiety isn't that Obama inherited a bad economy and made it worse but that Republicans in Congress killed any hopes of a recovery when they pushed the country into default?

I've long resisted the idea that Obama -- through blaming Bush, or blaming Republican intransigence or some other feat of messaging -- can somehow pin a feeble economy on the Republicans in 2012. But until the last few days, I also never thought there was a chance the government would willfully default on its debt. It's enough to make me wonder: What if ...

UPDATE: John Sides provides a very interesting piece of information at The Monkey Cage:  Clinton's approval rating actually fell as the '95 shutdown saga played out. (Yes, it's true.) Given voters' demonstrated tendency to blame incunmbents for everything, he argues that Obama will still ultimately be held responsible even if there is a default with economic consequences:

Or put it this way: what if the meltdown led to, say, 1-2 months of bond rating markdowns, stock market convulsions, disruptions of key government services, and wall-to-wall media coverage of the same? What happens to Obama’s approval rating in that time? My bet is that, just as with Clinton in 1995, it goes down.

It's a strong argument and there's a lot to it. But I do think it's worth remembering that the shutdown in '95 (and early '96) played out in more than one phase, and (at least as I recall) it was really only the first phase that was greeted with frantic, panicky round-the-clock news coverage. That phase lasted for about a week in mid-November, with every poll taken showing voters blaming Republicans over Clinton by wide margins, then ended with Republicans agreeing to a temporary reopening of the government. If in a few weeks we see a repeat of that first phase, but this time with immediate, traumatic economic consequences, I still wonder if a few percentage points worth of swing voters will remember it in 2012 and not be so quick to vote against Obama based simply on the economy.