On Hannity, the former Alaska governor brings back her old catchphrase and slams the McConnell proposal 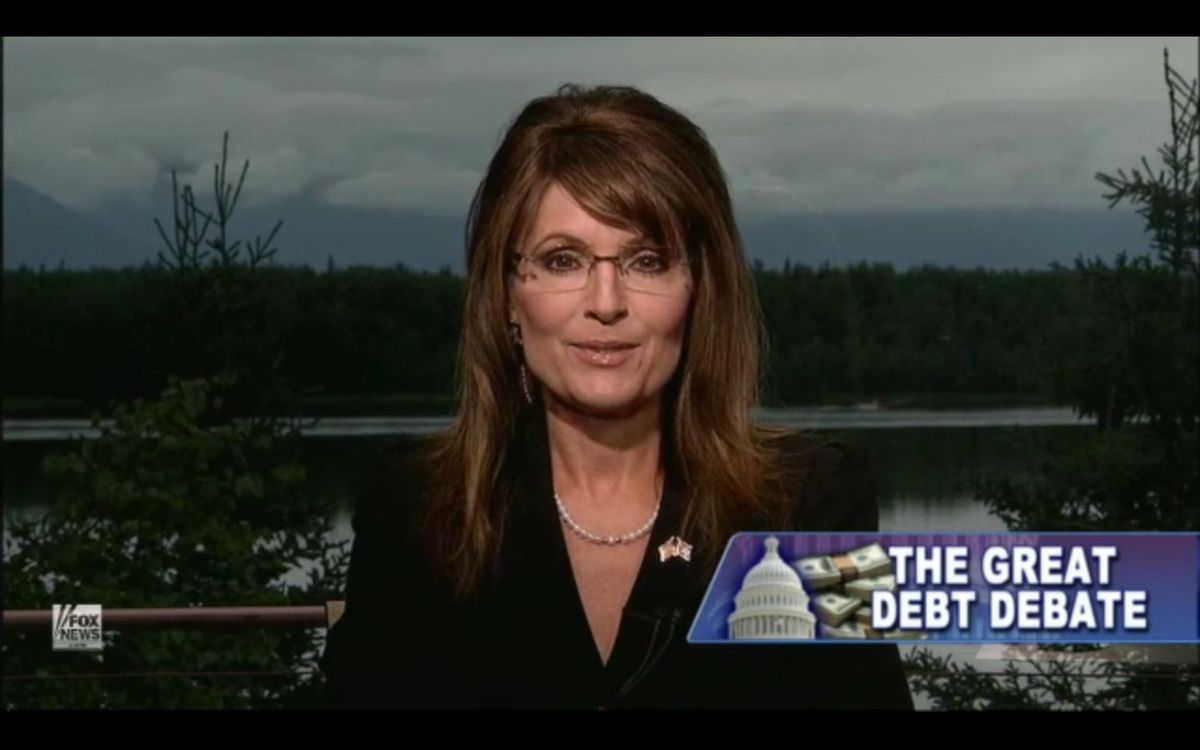 Once again, Sarah Palin is recommending that Republicans "reload." Appearing on Hannity Wednesday night, the (possible) presidential hopeful said "We cannot default, but we cannot afford to retreat right now either."

Palin also spoke out against the "last choice" plan suggested by Senate Minority Leader Mitch McConnell (R-Ky.) earlier this week. "That plan of McConnell’s makes no sense because it cedes power to Obama," she said of the proposal that has split Democrats and Republicans. (Our own Andrew Leonard explains why "McConnell's debt ceiling plan gives Washington a way out of its mess. But the Tea Party will never go for it" -- as Palin's Hannity appearance confirms.)

Palin also told Hannity that she'll announce her decision about a White House bid in late August or early September.

Watch Palin's appearance below, via Mediaite: