"I think it's time for us to just hand it over to God," the Texas governor tells evangelicals 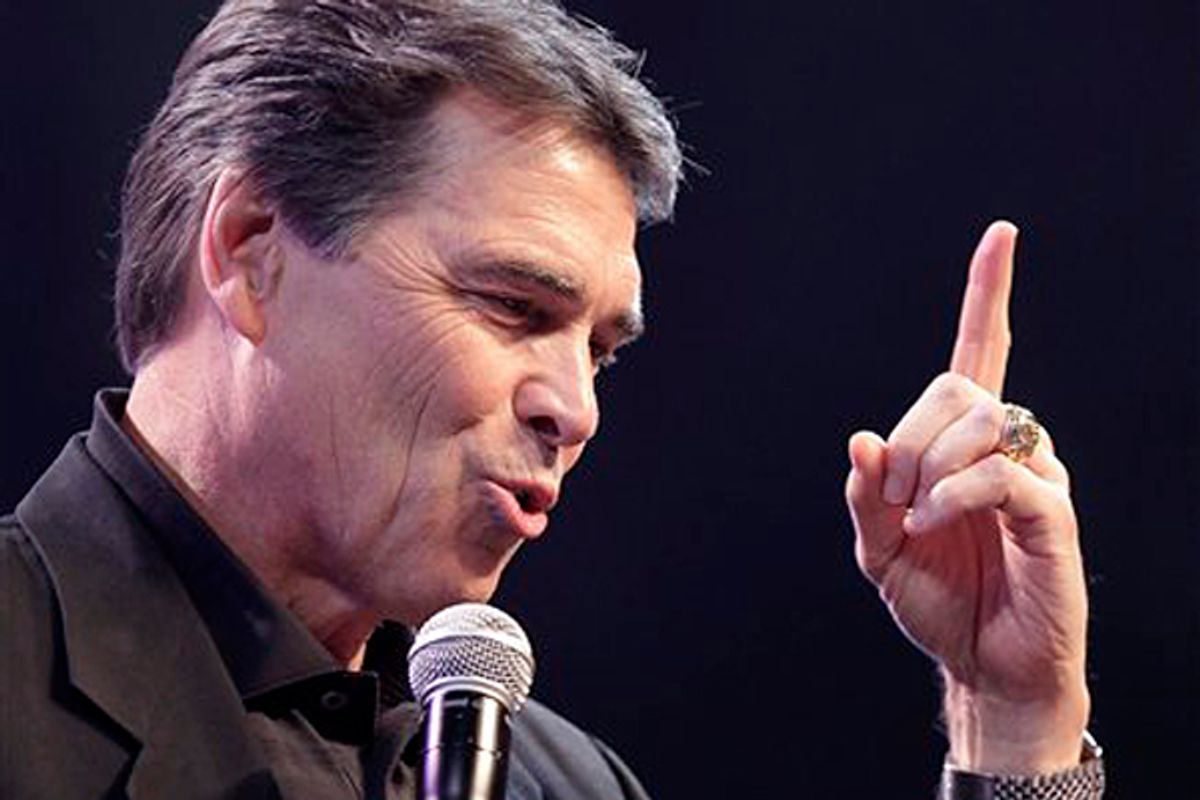 We've previously noted Texas Gov. Rick Perry's plans for The Response, a stadium prayer meeting next month, and the various extremist pastors who have signed on to the event. Now remarks that Perry delivered to a group of evangelicals in May in preparation for The Response have been released, and they provide an interesting look at his worldview.

First flagged by the Dallas Morning News, Snopes has posted the transcript of the remarks here (I've asked Perry's office to confirm the transcript is accurate and will update if I hear back).

In the most interesting section of the remarks, Perry lists various problems facing America and, instead of offering policy prescriptions, he says he would simply hand things over to the Lord:

Our founding fathers understood that it was a very important part of the pursuit of happiness. Being able to own things that are your own is one of the things that makes America unique. But I happen to think that it's in jeopardy.

I think it's time for us to use our wisdom and our influence and really put it in God's hands. That's what I'm going to do, and I hope you'll join me.

This rhetoric echoes Perry's letter to those attending the stadium prayer meeting, in which he wrote: "Right now, America is in crisis: we have been besieged by financial debt, terrorism, and a multitude of natural disasters. As a nation, we must come together and call upon Jesus to guide us through unprecedented struggles." Though handing over the country's political problems to God seems to go one step further than merely asking for Jesus' guidance.

Earlier this year, Perry responded to a historic drought in Texas by officially designating three days -- April 22 through April 24 -- of prayer for rain. How did that work out? The AP reported June 29: "Drought-stricken Texas declared natural disaster area."

If Perry does launch a presidential campaign, it will be interesting to see how much he sticks with this God-based policy platform ...