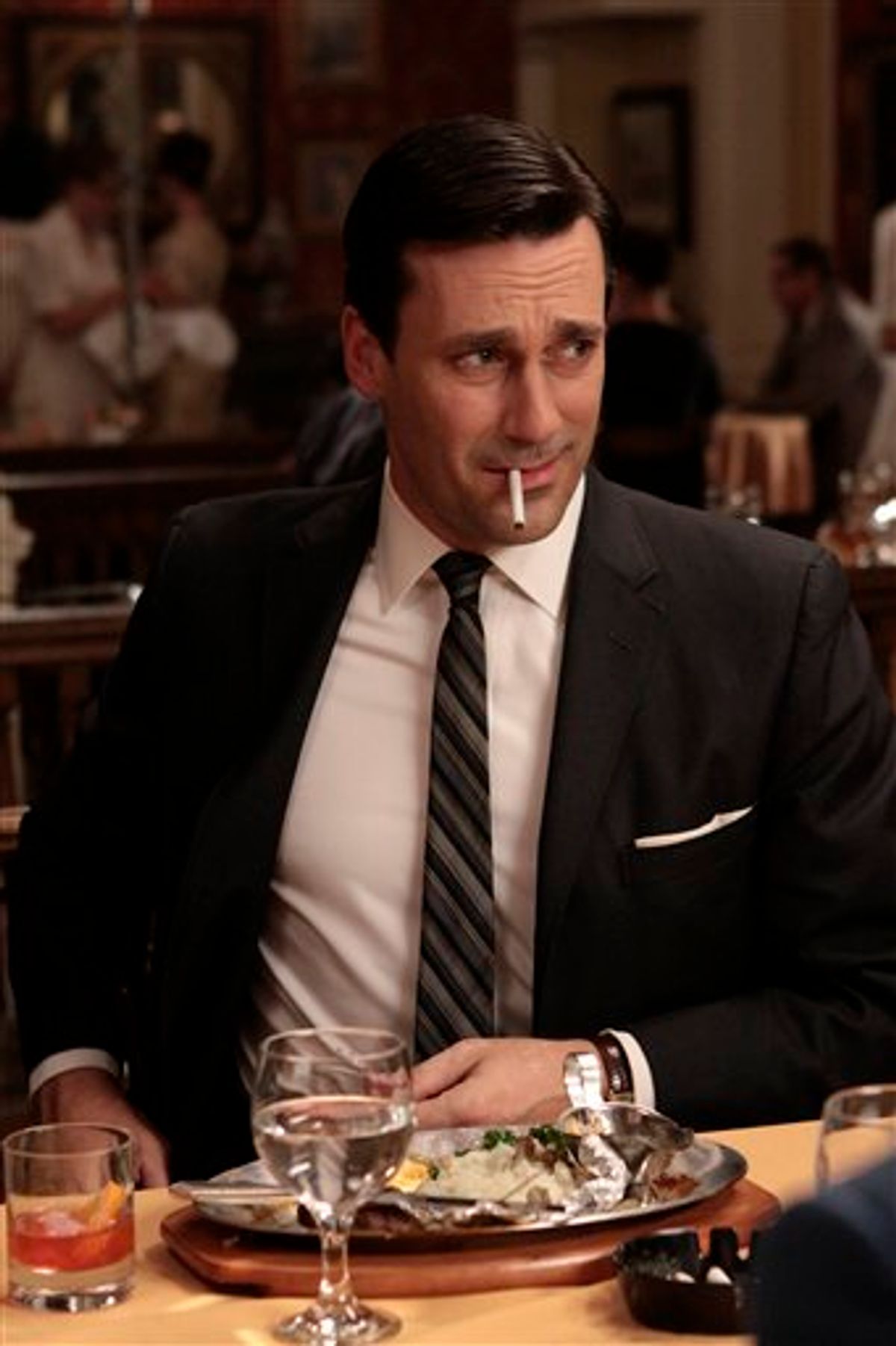 "Mad Men" has a chance to repeat for a fourth consecutive year as best drama. "Modern Family," last year's top comedy series, was the most-nominated sitcom with 17 bids.

Other leading nominees include the Prohibition-era drama "Boardwalk Empire" with 18 nominations, "Saturday Night Live" with 16 and 13 bids each for the sex-and-swords fantasy "Game of Thrones" and the sitcom "30 Rock."

"OK, keep it together," a surprised nominations co-announcer Melissa McCarthy said when she realized she was a nominee for her sitcom "Mike & Molly."

The controversial sitcom "The Kennedys," which was dropped by the History channel and given a second chance by the lesser-known ReelzChannel, received 10 nominations, including best miniseries.

Familiar faces have a chance to claim -- or reclaim -- Emmys, including last year's lead comedy actress winner Edie Falco of "Nurse Jackie" and Jim Parsons, best actor for a comedy for "The Big Bang Theory." Both were nominated this year.

Jon Hamm received his fourth lead acting bid for "Mad Men," and this time the competitor who denied him the award three times before isn't in the category. Bryan Cranston and "Breaking Bad" weren't eligible for this year's awards because the series took a break between seasons.

Steve Carell earned a best comedy actor for his final season of "The Office," his last chance to win an Emmy statuette for his role as TV's most clueless boss.

Matt LeBlanc, best known for his role as Joey in "Friends," received a lead comedy actor bid for playing a screen version of himself in the satiric show business series "Episodes."

There were fresh faces as well, including best drama actress nominee Mireille Enos of "The Killing" and best drama actor Timothy Olyphant of "Justified."