Herman Cain: Tear down this mosque! 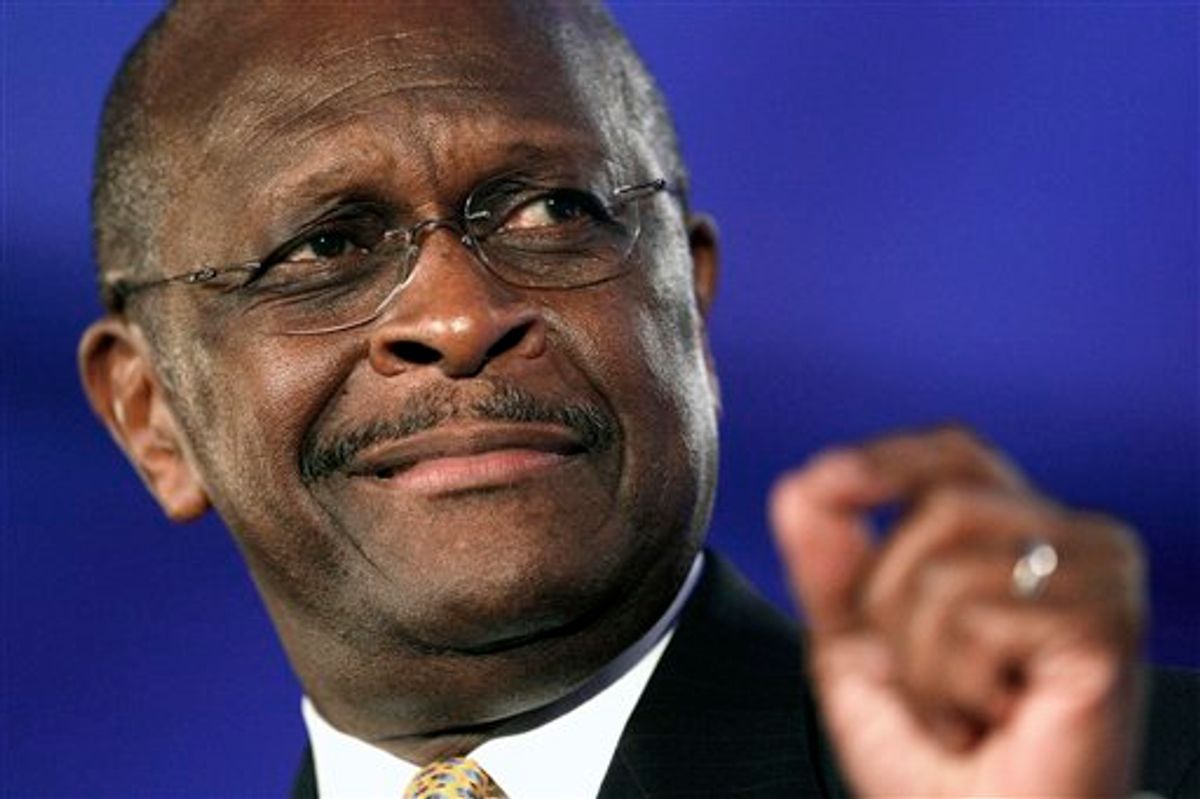 MURFREESBORO, Tenn. -- Republican presidential candidate Herman Cain opposes a planned Tennessee mosque that has been the subject of protests and legal challenges. ...

"It is an infringement and an abuse of our freedom of religion," he said. "And I don't agree with what's happening, because this isn't an innocent mosque." ...

"It is another example of why I believe in American laws and American courts," Cain said. "This is just another way to try to gradually sneak Shariah law into our laws, and I absolutely object to that."

The website for the Murfreesboro mosque is here. I've seen no compelling evidence that there is any kind of "abuse of freedom of religion" or sneaking of "Shariah law into our laws" associated with this project, so I've asked Cain's spokeswoman for elaboration on his comments and I will update this post if I hear back.

The project has been the center of intense controversy since last year. The construction site has been the subject of vandalism and arson. Opponents, including an extremist Christian Zionist group, also unsuccessfully tried to stop construction of the mosque through litigation.

Even the Anti-Defamation League, which notoriously came out against Park51 (the "ground zero mosque") has said that there is no reason the Murfreesboro project should not be built.