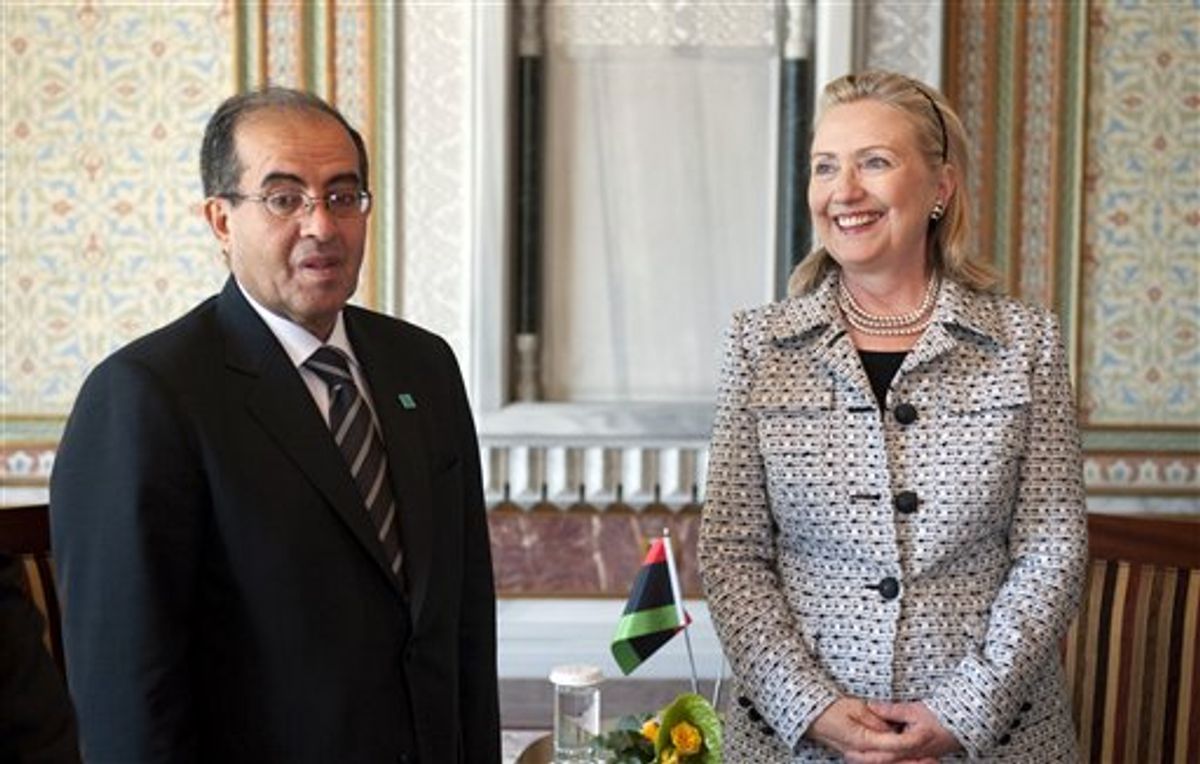 U.S Secretary of State Hillary Rodham Clinton reacts with Mahmud Jibril, Chairman of the Libyan Interim National Transitional Council, during the fourth Libya Contact Group Meeting in Istanbul, Friday, July 15, 2011. Around 15 top diplomats including US Secretary of State Hillary Rodham Clinton are to meet in Istanbul to discuss a political solution to the conflict in Libya while co-ordinating aid for the rebels. (AP Photo/Saul Loeb, Pool) (AP)
--

Clinton announced Friday that Washington accepts the Transitional National Council as the legitimate governing authority of the Libyan people. Diplomatic recognition of the council means that the U.S. will be able to fund the opposition with some of the more than $30 billion in Gahdafi-regime assets that are frozen in American banks.

Clinton made the announcement at an international conference on Libya in Istanbul.