After five seasons of fighting to stay on TV against all odds, the extraordinary show airs its last episode tonight 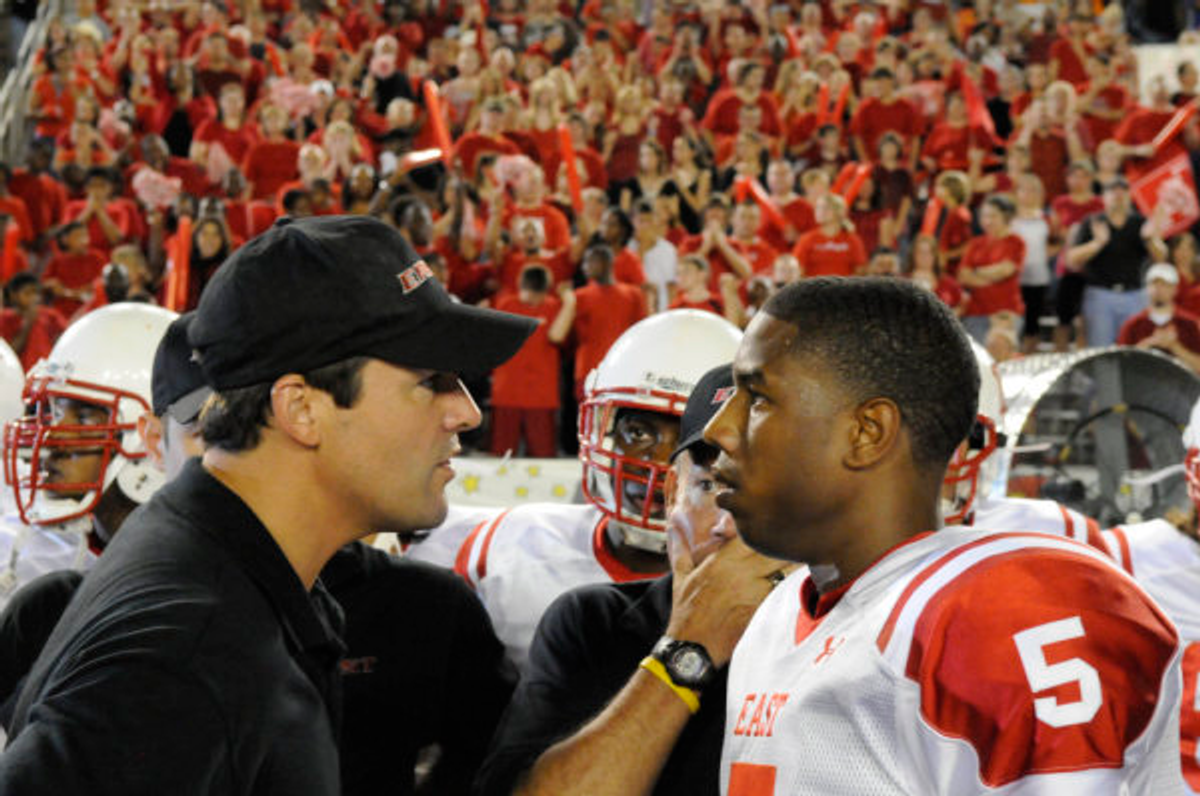 The final episode of "Friday Night Lights" airs tonight, ending a scrappy five season run. It took the DirecTV satellite network co-financing the show -- in a unique deal that allowed it to air "Friday Night Lights" before NBC -- to keep it on the air. So for Satellite subscribers the story of Dillon, Texas, has been concluded for months. For "Lights" fans, those concluding episodes -- and the delirious reviews they garnered -- have been a kind of shadow broadcast, a resonance from the void. The show has been haunted by its own ghost, these last weeks. It was kind of appropriate. This cat had only five lives, after all -- not nine, and it's lived in the shadow of its own mortality for every one of them.

It was never a hit. It always lacked the ingredients of escapism and weekly closure that make for profitable network comfort food. But that was what we loved about it. In the very first episode, golden boy quarterback Jason Street seems headed for a college scholarship and a legendary career in the NFL. He even looks a little like Tom Brady. Then Jason throws an interception and tries to tackle the other team's free safety, as he runs it back for the touchdown. Jason makes the tackle but injures himself catastrophically. By the end of the show's pilot we know that Jason Street has become a paraplegic. Peter Berg, the show's creator, said somewhere that the NBC executives couldn't quite believe this development. "He gets better, right?" They kept saying. "When does he walk again?"

And he didn't. Instead the first three seasons of the show dramatized this extraordinary young man's valiant efforts to come to terms with his handicap -- from trying out for a professional wheelchair rugby (he didn't make the team) to working as an assistant coach to Eric Taylor and selling cars for Buddy Garrity, his girlfriend's father. Nothing works out for Jason until he lands a job as a sports agent late in the series. You can see how his persistence and passion could make him a success in that field. Along the way he loses the lovely Lyla Garrity to his best friend Tim Riggins, but not before Buddy explains in no uncertain terms that he won't allow his daughter to throw her life away on a cripple.

"Friday Night Lights" was a show about a town, not just a football team, and Buddy Garrity is a perfect example of the program's depth and humanity. He starts out as a loudmouthed overweight mover and shaker, the classic big fish in a small pond -- plankton in a thimble. He's a salesman to the core, and the biggest booster of the Dillon Panthers, lobbying for a bigger stadium and a Jumbotron ... while the school can't even seem to find chalk for the blackboards. This is an echo of the real Odessa, Texas, where Buzz Bissinger lived for a year while writing the original book-length reportage. His harsh view of a dirt-poor, football-crazed town earned him so much hatred that his cousin Peter Berg had to apologize, beg and grovel to shoot the film there. He kept his word: The movie was kinder to Odessa. The TV show left it entirely, setting its stories in a wholly fictional town that somehow seems more real than its actual counterpart, a fully realized setting, as vivid as Grover's Corners or Winesburg, Ohio.

It's a place where things don't turn out well, as a rule. Buddy has an affair and gets divorced, loses his car dealership, and winds up running a local bar, trying to raise his estranged son alone. The smart people, like his daughter Lyla, get the hell out of town. Tim Riggins lives the apex of his life as a football star and then just drifts. His dream of "living large in Texas" with football star pal Jason Street falls apart before they even graduate from high school. He tries college and fails -- he only got through high school because of local nerd Landry Clarke's relentless tutoring. He winds up running a chop shop with his brother and going to jail to protect him.

In any normal TV show, when Tim came out of jail he would have changed for the better -- taken some college courses, or found Jesus like Lyla did. He would have met some jailhouse mentor who would have steered him straight or given him connections for a better life on the outside. Not on "Friday Night Lights." Riggins returns from jail bitter and angry, even more lost than he was before. If Tim finds any peace now, in the show's closing minutes, it will be in tiny increments -- reconnecting with his old girlfriend Tyra, giving up his crazy dream of working on the Alaska pipeline, coming to terms with his brother. It's not much but it's what we've come to expect from a show that never blinks as it stares down the harsh facts of real life. The moment last week when Tim, working behind the bar at Garrity's, watched his old team-mate Smash Williams on TV score a touchdown for his college team reverberated with the whole history of their troubled friendship, and all the years we've spent with them in Dillon.

Matt Saracen is another good example of the subtle way "Friday Night Lights" uses the high school players to reveal the life of the town around them. Matt is in love with the Coach's daughter, and the primary custodian for his grandmother, who is slipping into Alzheimer's. Matt's father is serving in Iraq and his return to town only reveals the unbridgeable gap between him and his son. Even the eventual funeral doesn't solve or soothe anything. Matt is angry and frustrated and that's the whole of his patrimony.

The primary intact family on the show is Coach Taylor's. Eric and his wife Tami have the best, most believable, most nuanced and realistic marriage in the history of network television. The day-to-day struggle of their relationship -- Tami's eighteen years of being a coach's wife -- feel inspiring daunting and familiar to anyone who has tried to raise a family under less than perfect conditions.

It's a dense, teeming world, developed lovingly over half a decade, and because there's no "hook" to the show (except high school football) it's always been a hard sell, and not just for network advertising departments. I tried to get my ex-wife Kim to watch the show for years with no success. Even when it won a Peabody award she was unmoved. She just had no interest in football of any kind -- but especially high school football. Nantucket, where we live, is almost as crazy about the sport (Go Whalers!) as Odessa, Texas, and indeed Buzz Bissinger who knows the island well, was originally planning to write his book about our town.

In desperation I gave Kim the DVD of the "Friday Night Lights" first season for Christmas one year. She never watched it. The next Christmas, after the presents were unwrapped and we were trying to digest the home-made sticky-buns, we were rummaging for something to watch and I found the still shrink-wrapped DVD in the cupboard under the television. Busted. She had no choice at that point.

Well, we watched the fist six episodes that day. Finally I had to leave. When I stopped by the next day Kim was upstairs watching season two on her computer.

She's mourning with the rest of us and she'll be watching tonight along with a small dedicated group of die hard fans, as "Friday Night Lights" closes down its fragile, miraculous five-year run. Its audience over the years would have been enough to make a cable show like "Breaking Bad" into AMC's biggest hit ever. It would have been enough to make any novel a bestseller to rival "Harry Potter" or "Gone With the Wind." But it was on NBC, and it barely scraped by.

But the fact remains that watching this show felt like reading a novel, with a level of immersion that it takes hundred of pages of prose to achieve. This morning I'm feeling the same bittersweet dread I've felt so many times before, turning the last pages of books as diverse but enveloping as "The Lord of the Rings" or "The Corrections."

I hate to leave Dillon, Texas, a fly-over fly speck I would never would have even wanted to visit in real life. Now I feel like some part of me will always be there.

Cancellation is a defeat, but this unlikely show had tremendous spirit, and admirers who fought for it, and it wound up doing much better than anyone ever predictedâ€¦ just like the wrong-side-of-the-tracks Dillon Lions football team that Coach Taylor took to the state championships in this final season.

Win or lose, just getting there was a triumph, and you could say the same thing about these remarkable five seasons of "Friday Night Lights".