Marcus Bachmann says he is not anti-gay, is very wrong 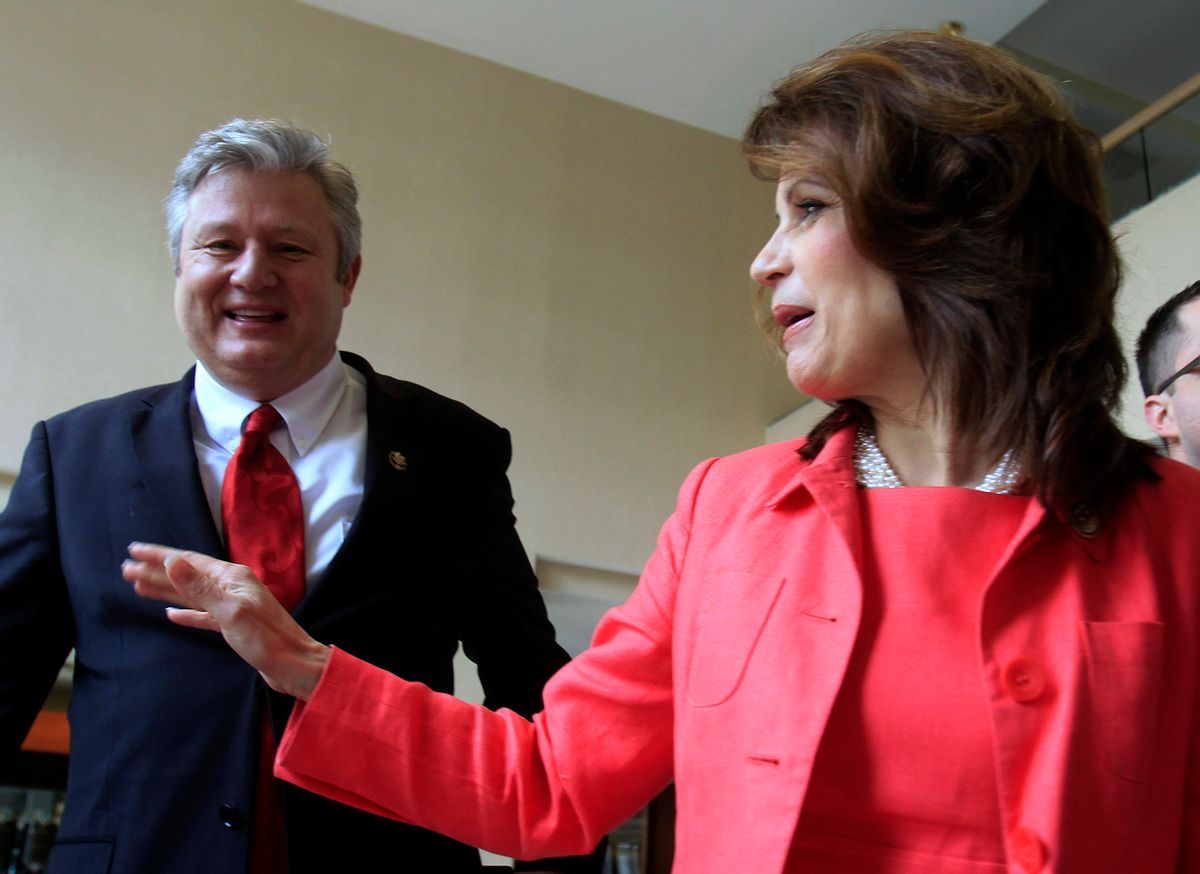 Marcus Bachmann, a non-licensed "clinical therapist" who "cures" homosexuals (and takes Medicaid payments) at his two Minnesota clinics, says he is not "anti-gay," despite the fact that he is clearly very much anti-gay.

In an interview with the Star Tribune, Bachmann says he's not anti-gay because he only "cures" gay people who want to be cured.

If someone comes to a therapist seeking to be cured of gayness, a non-anti-gay therapist would explain that homosexuality is not something that can or should be cured. To take this person's money and then attempt to convert him is pretty much anti-gay, in addition to being a scam.

Bachmann also says that he didn't call gay people "barbarians," and that the audio clip of him calling gay people "barbarians" in a radio interview was doctored. He claims he was actually talking about children, and he meant the term "barbarian" in an endearing way. The host of the show, a Christian program called "Point of View," supports Bachmann's claim, though oddly she claims that "the original two-hour tape is no longer in the show's archives." The interview took place in 2010. What is the point of a show archive if it doesn't go back one year?

There is also some stuff about how Bachmann isn't a hypocrite for taking federal and state funds, because those funds are what allow low-income people to afford his services. And, obviously, that is the point of government-subsidized healthcare, to allow people access to essential services. (Though it probably shouldn't be used to help people see uncredentialed bigoted quacks like Marcus Bachmann, but no system is perfect.)

Meanwhile, CNN confirms what Joshua Green reported: that Michele and Marcus Bachmann have left their longtime church, just before Michele Bachmann announced her candidacy for president. The church believes that the pope is the antichrist, which may not go over well with Catholic voters. Guess Michele Bachmann doesn't love God that much, if she's going to let the liberal media tell her how to worship.

The Bachmanns had been members of Salem Lutheran Church for more than a decade, but no one even knows where they go to church now, if they are are going to church at all. They are probably Satanists, now, I would guess.