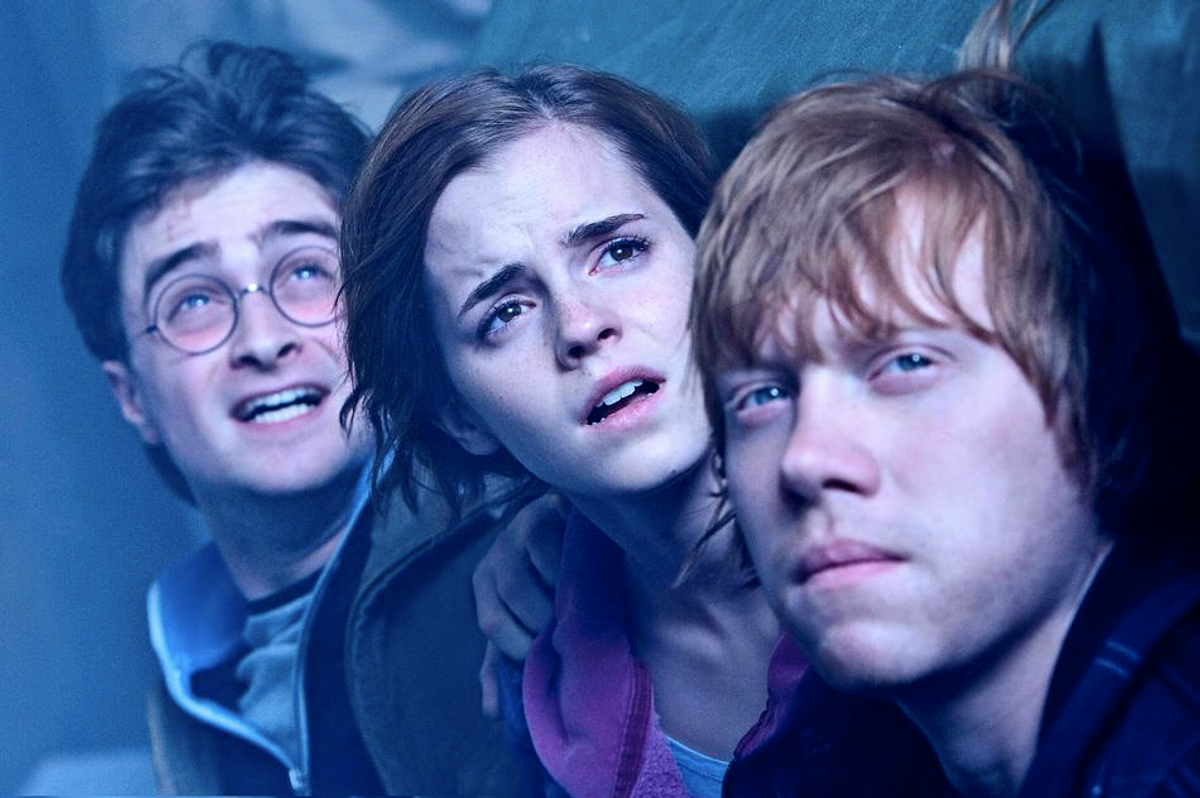 The lines started forming around Oakland's historic Grand Lake Theater around mid-day, visible from the 580 freeway that cuts through the city on its way to the San Francisco Bay Bridge. Built in 1926, the Grand Lake is one of the finest venues to watch a movie in all of Northern California. When my family and friends started making plans to pay our proper respects to the final installment in the Harry Potter saga, there was no question were we would end up. The Grand Lake is a majestic and awesome temple to celluloid delight even when empty seats far outweigh the filled ones; but when the theater is packed to the limit with adoring fans, the Grand Lake becomes as magical as Hogwart's.

My ears are still ringing from the ecstatic shrieking. While the average age of the audience seemed to skew around the early 20s, the sound that emanated from their collective throat at every conceivable opportunity was a closer match to the prepubescent ululations that greeted The Beatles in the early '60s than anything I have ever heard. And it was lovely.

They shrieked as if they knew they would never shriek like this again.

And they probably won't. For this audience, weaned on a succession of Harry Potter books and movies in which the characters aged along with the audience, it's impossible to imagine another franchise striking the same chords of obsessive fandom. That pleasure awaits a different generation lucky enough to be swept away by its own torrid love affair. My daughter is now almost 17 -- I'll never again stay up to midnight with her pre-teen self waiting in front of a Berkeley book store with a bunch of witches and house elves itching to get their hands on a new volume of anything, much less Harry Potter.

But I don't want to overplay the bittersweet element, even if some tears well up as I write those words The vibe at the Grand Lake was anything but sad. It was, instead, a delightful display of kooky contagious exuberance, a reminder of what we miss out on when we succumb to the isolation of our Netflix Instant Play, World of Warcraft, everything-when-you-want-it-on-your-40-inch flat screen temptations. We can share a lot with Facebook and Twitter and Skype and our smartphone texting, but we can't share the visceral glee of the spontaneous glorious howl that rocked Oakland -- and a thousand other theaters last night, I'm sure -- when Ron kissed Hermione in an all-time classic movie romance smooch.

Harry Potter How The World Works