After years of saying I wouldn't, I caved. Could this be my ticket to belonging with the other moms? 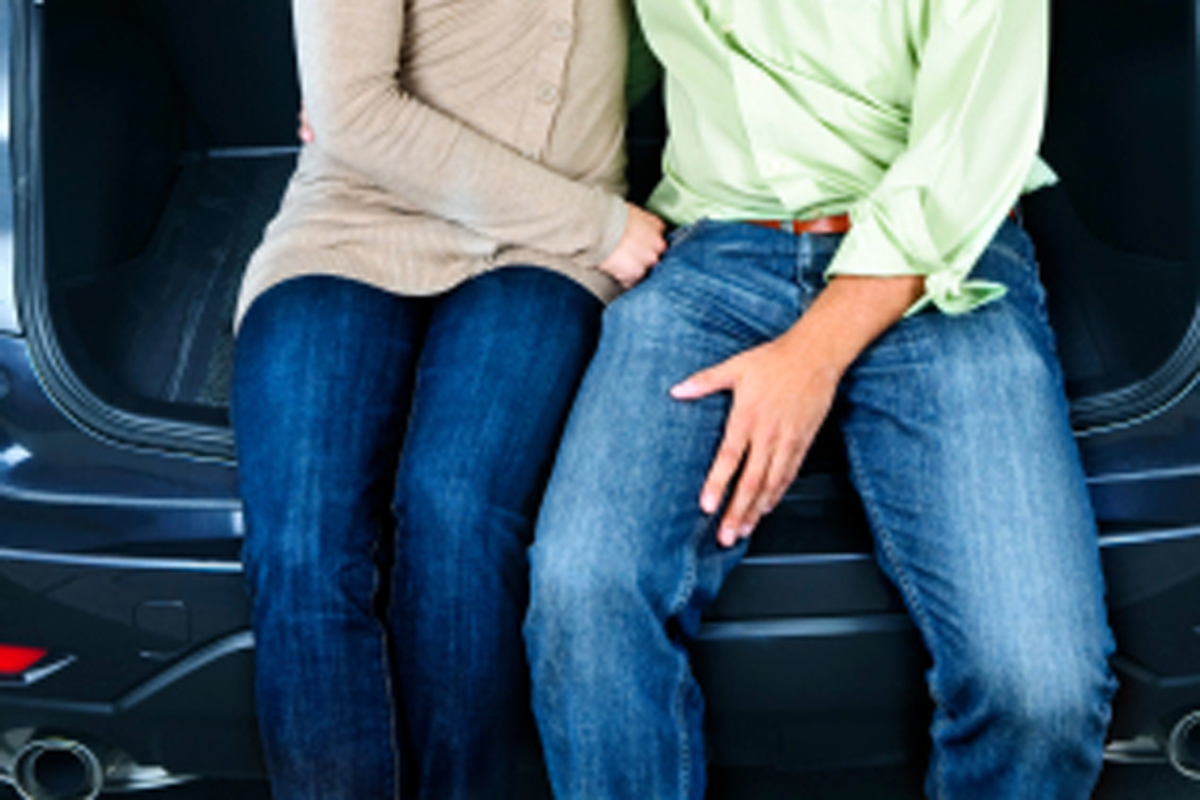 It was out there, in my driveway, a big box on wheels.

"Don't you want to see it?" my husband asked.

It was very blue, our new minivan. I turned away from the window, wondering if this was it -- the final death blow to my youth. At the same time, I felt a small thrill of anticipation. Maybe the minivan would be the entree I needed to break into the seemingly insulated mommy circles in my area. Because despite years of bravado, claiming that motherhood wouldn't change me, I secretly wanted in.

My sophomore year of high school came back in a rush, and I remembered my science teacher standing in front of the class to casually announce that everyone needed to pair off into groups of two for a project. I watched with mounting horror as my friends quickly shuffled their chairs around, forming groups with subtle looks and beckoning hand gestures. Within seconds, I was deserted in a tangle of abandoned chairs and awkwardly angled desks. I gazed around the room and snagged the eye of another forgotten soul -- the biggest nerd in the class. It actually turned out pretty well, being paired with that boy; we got an A on the project while my friends (the traitors) did poorly. But I never forgot that snub. And that longing to belong followed me into adulthood. Into parenthood -- even when the available groups no longer appealed to me.

Part of the reason I was so hesitant to have children was my reluctance to find myself part of a group, stuck in a certain mind-set, married to a rigid set of rules for parenting. Modern parenthood -- and motherhood specifically -- is a sort of subculture that caters exclusively to middle-class women with young children and perpetuates the idea that being a mother automatically makes you part of a collective group of self-identified breeders, complete with must-have accessories and concrete theories of what constitutes good parenting.

Buying a minivan was an inevitable consequence of having more than two kids. You can fit two car seats in a car or an SUV. Once you move past two kids, though, you have two choices: monstrous bus-like SUV or minivan. And you're really just kidding yourself if you go with the first option. The most ubiquitous choice is the Suburban, which is just a minivan with bigger wheels. Chevy didn't even bother giving it a cool name. It's called a suburban -- that is, the opposite of urban. Meaning, you've abandoned the far-flung dreams of your youth and settled down with your passel of offspring in a tract house in the suburbs. It might as well be called the Procreatin'.

I embraced the herd mentality insofar as it pertained to transportation. But the other hallmarks of trendy motherhood were unappealing, other mommies pushy and judgmental. It was high school all over again, and I didn't fit in.

Breast-feeders are by far the most outspoken group in mommy circles. Upon noticing your pregnant belly, the more adamant among them will corner you and demand to know whether you plan to feed your offspring directly from your nipples. Dare to answer no, and they'll extol the myriad benefits of breast-feeding, tell you how long they nursed their child, and offer to sew you a baby sling right on the spot. I know that scientific research overwhelmingly supports breast-feeding. Unfortunately, my first pregnancy was complicated by a potentially life-threatening heart issue and the medication used to resolve it forced me to formula-feed my twins. More than one militant breast-feeder has asked me if I considered using donor milk -- no question is considered too intrusive.

The other big decision dividing mothers is the raging debate between working and staying home. Watching my mother raise three kids while putting herself through nursing school to escape an abusive marriage made me cautious. Being a divorce lawyer made me cynical. A disturbing number of young women choose to stay home without first arming themselves with the resources to survive as an independent person, which leaves them terribly vulnerable in the relatively common event of divorce. As a lawyer, I enjoy what I do. And because I have three children, I work part-time at a small firm making considerably less money than I could elsewhere. But if I had to, I could support my family all by myself.

Feeding my babies formula and choosing to remain in the workplace has isolated me at the fringes of the most active mommy groups. They tend to meet on weekdays during business hours with very few activities on the weekends. I don't work Fridays, but that day has become a precious extension of my weekend, filled with doctor's appointments, trips to the zoo, and endless errands. Even so, I've sometimes daydreamed of joining a play group and pretending to embrace the collective dogma. Motherhood can be a lonely experience. Just like in science class all those years ago, I feel abandoned by my peers. I still long for acceptance.

I sat in the minivan while my husband showed me the DVD player, the hard drive where I can upload all my iTunes, and the on-screen navigation system. Some things about motherhood are inevitable and ... awesome. I don't mind being in the minivan group. I'll probably never be one of the mommy "in" crowd, but at least I look the part.