Palin movie debuts to an audience of empty seats 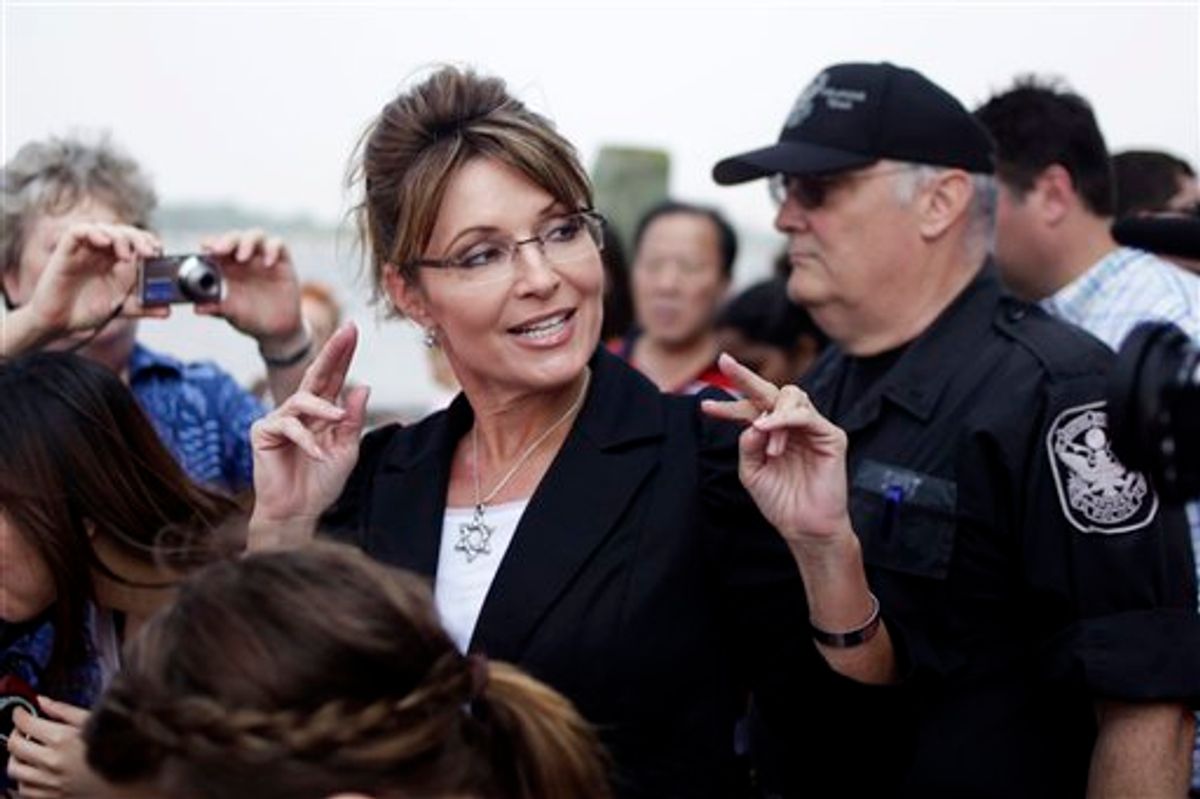 FILE - In this June 1, 2011 file photo, former Alaska Gov. Sarah Palin talks to the media as she leaves Liberty Island in New York. Palin will visit Iowa, Tuesday, June 28, to attend the premiere of a documentary about her time as governor and her ascent as a national political figure. (AP Photo/Seth Wenig, File) (AP)
--

When news broke about "The Undefeated" -- conservative filmmaker Stephen Bannon's two-hour Sarah Palin movie -- pundits wondered whether it would appeal to movie-goers outside of Palin's fan base. It looks like it doesn't.

The Atlantic's Conor Friedersdorf found himself one of the only viewers at a late night debut of "The Undefeated" in Orange County, California. Four other people joined him in the audience, including a brother and sister who stumbled upon the viewing when they were unable to get Harry Potter tickets and then left after 20 minutes.

If Friedersdorf's experience is an indication, the film will not have much mainstream appeal. Even committed Palin-bashers may not be up for paying to sit through a feature-length celebration of the former Alaska governor. But that's not to say the film will flop. Bannon described it as "a call to action," which probably excites Palinistas. As Politico's Ben Smith noted, "[Palin supporters] have been organizing trips to see it and promoting it energetically."