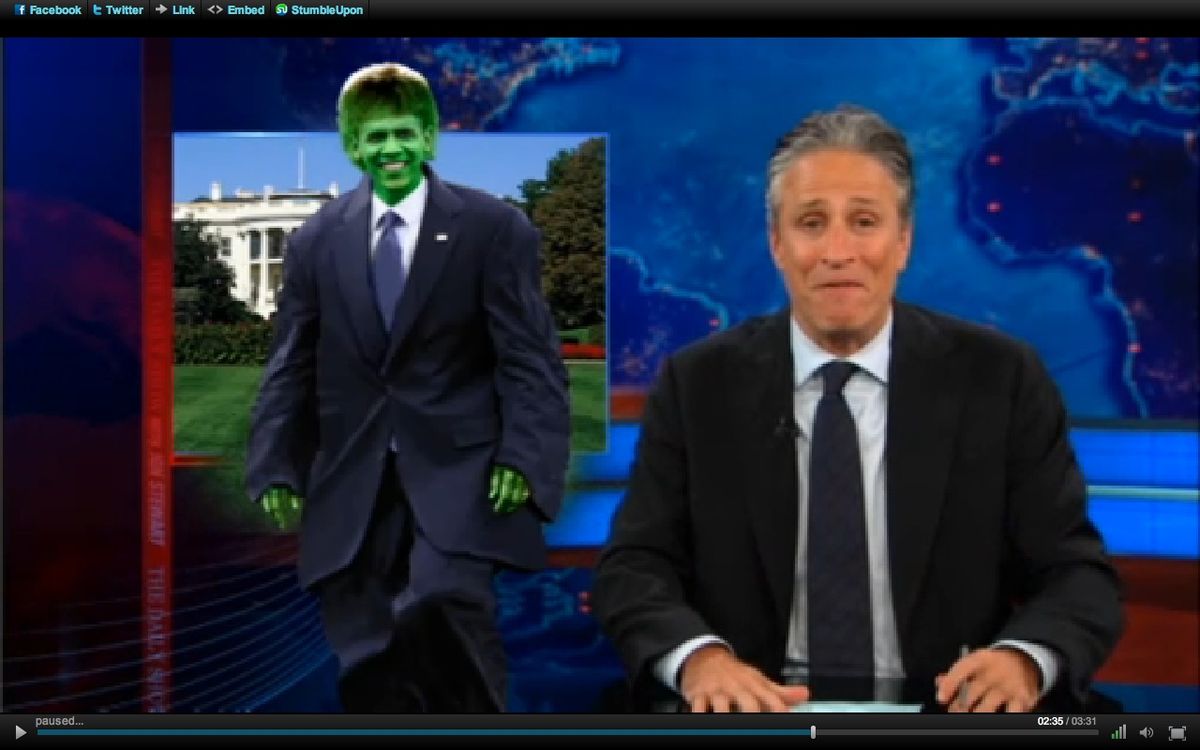 "The Daily Show" imagines Obama as the Hulk
--

"If that's Obama mad, that's weak," said Jon Stewart on Thursday night, mocking the president's alleged tough talk in debt negotiations. Stewart suggested that even if Obama were the Incredible Hulk, he would politely excuse himself when he felt a transformation coming on, so as to change into a bigger suit.

"The Daily Show" host took particular issue with the president's warning to House Majority leader, Eric Cantor. "Don't call my bluff, Eric," Obama said this week. "Boy, the name Eric really takes the urgency and steam out of an argument, doesn't it."